“Ida” is undoubtedly the most successful film in the recent history of Polish cinema, and the only one in history that received an Oscar for Best Foreign Language Film. What attracted both international audiences and critics in the history of Anna, a young nun in the 1960s who is searching for her true identity with her aunt, was its subtlety in almost every aspect.

Beginning with visual aspects; the black-and-white stunning but austere cinematography, its ascetic scenography, and its 4:3 aspect ratio throughout the entire film, “Ida” could easily be one of the works of Dreyer or Bresson. It is hard to believe that this film, which is not even vintage but is completely in opposition to modern cinema, came out in 2013.

The visuals would be probably enough to make the film successful, but “Ida” has much more to offer. Besides that, it hits with the magnificent performance of Agata Kulesza, who plays Wanda, Ida’s aunt; its carefully-used jazz music; and the story itself, which is full of suppositions and understatements with an ambiguous ending. 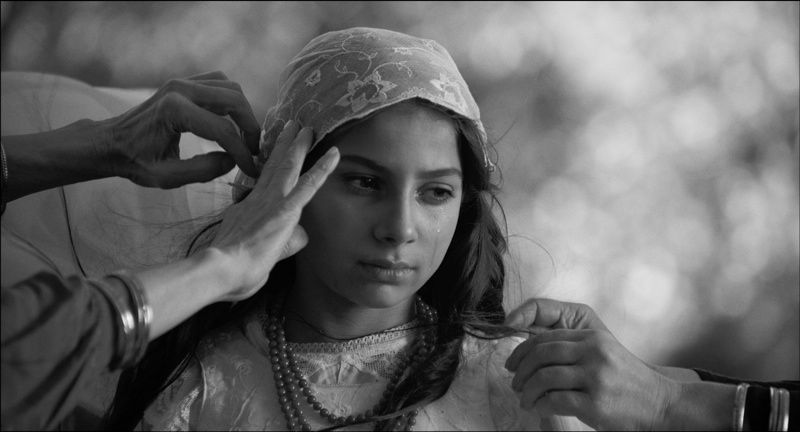 The biography of Bronisława Wajs, commonly known as Papusza, is the first Polish film set mostly in Romani language. Papusza was one of the few literate people among Polish-Romani women before World War II and became a famous poet, who was discovered by Jerzy Ficowski, a writer and translator, in 1949.

Although her poetry was widely admired and translated into many languages, she was bullied by the Roma community for forsaking the traditional role of woman and for allegedly revealing the details of Romani culture. Banned from her environment, she fell into mental illness and was forced to spend some time in a mental hospital.

Despite its black-and-white cinematography, this film can surprise with its scale, especially in the accuracy of presenting the Gypsy culture throughout the 20th century, with its perfectly reconstructed costumes, scenography, and language. But equally, if not even more important, is the Papusza herself; her dilemmas as to whether she should follow her passion and show her undeniable talent, or rather be accepted by her native community. 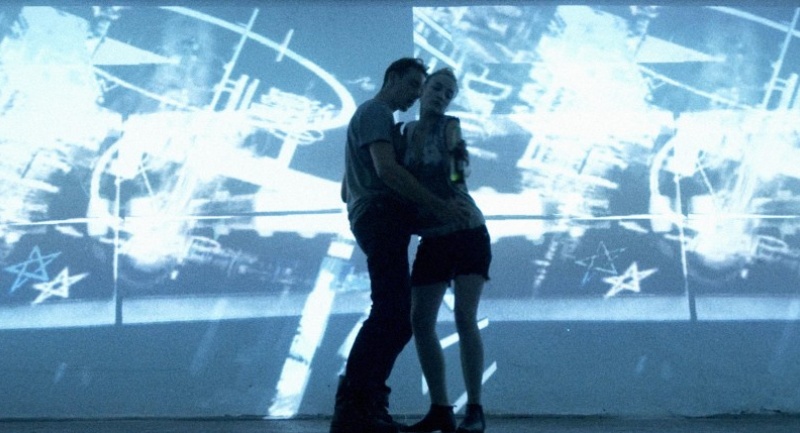 The directorial debut by Krzysztof Skonieczny proves that a high budget is not necessary to make an original, professional, and technically brilliant film when you have your own artistic vision and understand the film language well.

The film tells the story of Marcin, a mysterious and quiet man who arrives in Warsaw and enters the life of a wealthy family, with rather unconventional plan.

But far more than just a compelling and quite disturbing story, “Hardkor Disko” surprises with original directing; sophisticated, even if sometimes pointless, frames (like the one when the car is driving in the middle of the road surrounded by forest with Handel’s “Sarabande” in the background); and the unconventional use of some forgotten Polish hits. 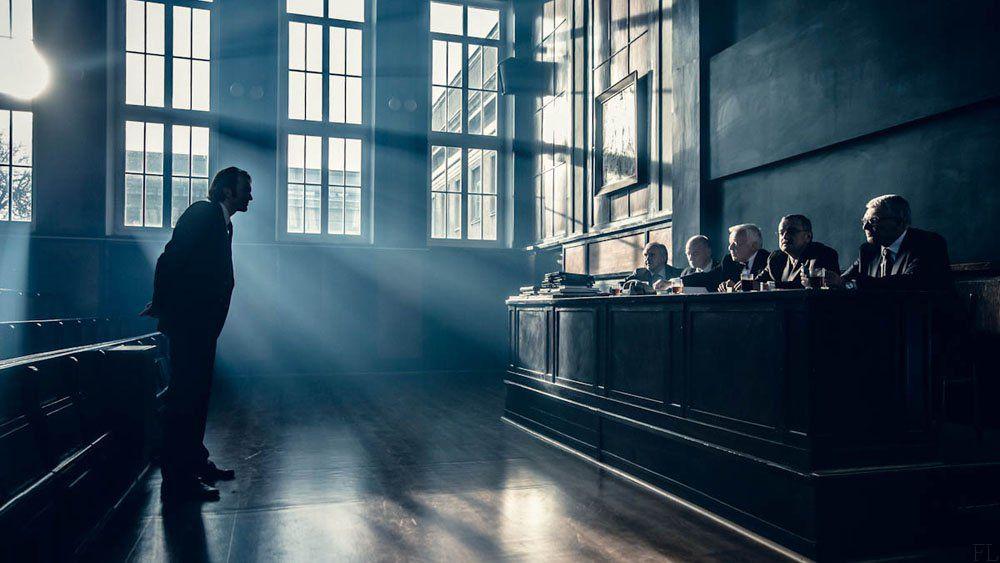 This film is basically a one-man show. After some time, the only thing that comes to mind in connection with “Gods” is the fantastic performance of Tomasz Kot in the story of Zbigniew Religa, based on an actual events. In the 80s, as the first cardiac surgeon in Poland, he experimented with heart transplantations. Opposing his conservative mentors and with the help of a few devoted colleagues, he revolutionized Polish medicine.

This is a wonderful picture about overcoming not only institutional obstacles, but also inner fears and doubts. Charismatic and decisive from the outside, Religa also has his own dilemmas about his actions. He is highly affected by every failed operation, but despite that, he unwaveringly tries to conduct one that is successful. Although being an atheist, in fact he is a God for his patients, making decisions about their life and death.

Despite its serious subject matter, this film is told in a very light way with a huge dose of humor. It is possible that this helped the film become extremely popular in Poland. 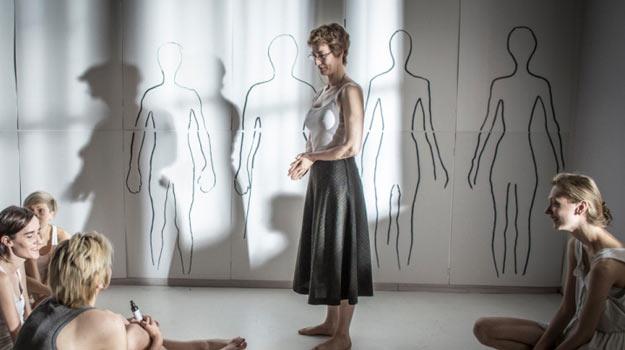 Those who considered previous films from Małgorzata Szumowska incoherent and too controversial, with “Body”, they finally have to recognize her talent. Before its premiere in Poland, this film was awarded at the Berlin International Film Festival for Best Director, and later it won almost every significant national award.

The plot revolves around a cynical procurator and his anorexic daughter, who is struggling with her mother’s death, and falls into a relationship with Anna, a psychiatrist (who is dealing with her own loss).

In contrary to previous films from Szumowska, this one surprises with unaffected humor, sometimes in the least expected moments. One scene with an elderly woman, the procurator’s friend, as she joyfully dances naked, is particularly hilarious, especially considering the context of the song that is being played in the background.

The whole atmosphere of this film is nonetheless quite serious and reminds films fans a bit of the late Krzysztof Kieślowski’s films. With an exceptionally accurate portrait of a family relationship in modern society, it has ambitions to be a contemporary “cinema of moral anxiety”.

“The Lure” is a horror, a fairy tale, a musical, and a dark comedy about 1980’s Warsaw. Making an absorbing and coherent film from these components could be a challenge, especially for a debut director. However, Agnieszka Smoczyńska handled this incredibly well.

The story shows absurdity as its finest. Two young mermaids, Złota and Srebrna, leave the Vistula River and begin singing careers at various nightclubs in Warsaw, and in the meantime, gradually revealing their cannibalistic predispositions while trying to find love and acceptance.

Nightlife in 80’s Warsaw is shown here as a hedonist, colorful, and with a great potential to make a huge career for a performer. Original songs from the band “Ballady I Romanse” (Ballads and Romances) are catchy, entertaining, sometimes weird, and the choreography is great. After all, it is a musical.

Despite its originality, the film did not have huge success in Poland and still is heavily underappreciated there, contrary to its international acclaim. After being noticed and appreciated at the Sundance Film Festival, Janus Films decided to distribute this film in the United States, making it the biggest success of a Polish film abroad since “Ida”. 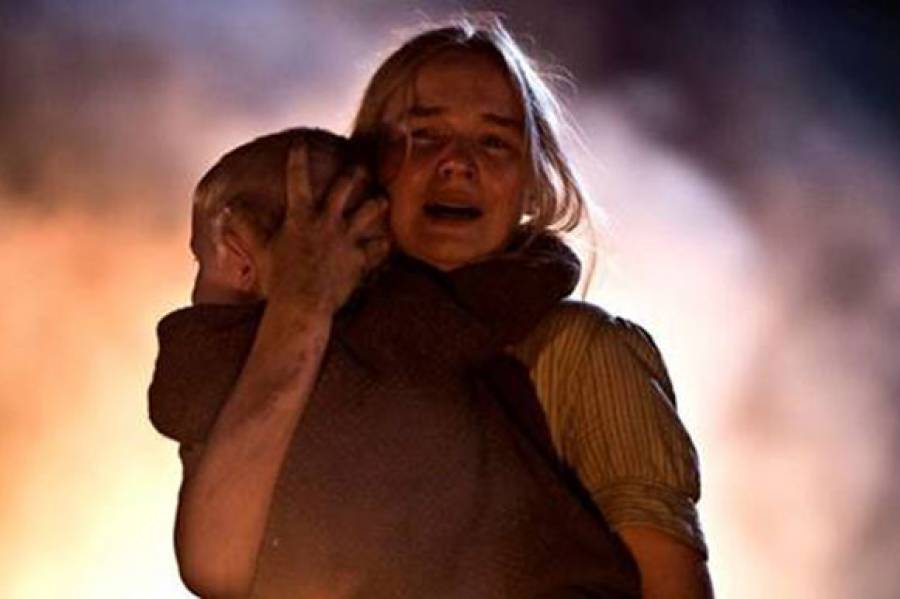 Wojciech Smarzowski’s latest film revolves around the genocide carried in the German-occupied Volhynia region during World War II by Ukrainian nationalists against the Polish minority.

The long 30-minute opening sequence, presenting the wedding of a Ukrainian boy and Polish girl, shows that although there were tensions before the war, people from both nationalities could live peacefully next to each other. Everything changed when Poland was invaded. Extremists took advantage of the complicated situation and, in proper time, began organized action against the civilian community.

Everything here is shown from the perspective of the innocent Zosia (the wonderfully natural Michalina Łabacz in her debut film), a Polish girl who is secretly in love with a Ukrainian boy. She is thrown into an unimaginable amount of cruelty and evil and with her newborn child, and she is forced to escape and hide to survive. In that way, “Hatred” makes a similar impression as the famous “Come and See” (1985).

Like in Klimov’s classic, the pointless violence of war surrounding the main character is impossible to describe. Sometimes a film can be so violent and shocking that other scenes of cruelty lose their intended purpose, and Smarzowski avoided it. His film is extreme, but the usage of every violent scene here is somehow intended and justified.

But above all, it is a film against nationalism and any ideology that spreads hate. The evil here has no particular nationality (as there are terrible actions done there by Ukrainians, Germans, Russians, Poles).  This message still remains up-to-date, especially in current times. 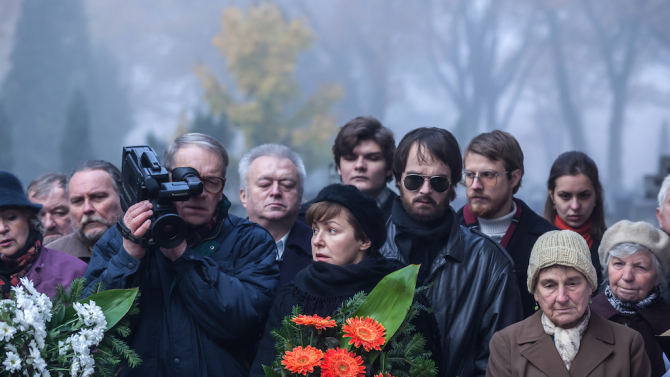 It’s hard to find a family that would be as well documented from the inside as the Beksiński family. Zdzisław Beksiński, the eccentric Polish 20th century artist known for his dark and disturbing style of painting, was an enthusiast of new technologies; therefore, since the 80s, he recorded everything he could from his family’s daily life.

This material, together with numerous letters and stories, made it possible to create a script about Zdzisław, his wife Zofia, and their son Tomasz (a charismatic and famous music presenter with constant depression and many suicide attempts).

The artistic work of Zdzisław and Tomasz’ work in radio is shown here simply as a background for their casual family life, which could even more reflect their complicated personalities.

This film is so well-made that it difficult to believe that it was directed by debutant Jan P. Matuszyński. He was able to combine few things that, along with a great script, make “The Last Family” a masterpiece. First, it was shot with complete accordance with the source video material, which, aside from careful scenography and characterization, had to impose brilliant acting.

And indeed, Andrzej Seweryn (Zdzisław), Dawid Ogrodnik (Tomasz), and Aleksandra Konieczna (Zofia) are so similar to the characters they play that sometimes when the film changes to actual footage made by Beksiński, it’s quite hard to distinguish the real characters there and the actors in the film.

Moreover, every sequence was filmed in one shot, without cuts. Then, we also have subtle but great special effects (a carefully reconstructed plane catastrophe and the restored look of 70’s neighborhoods), and perfectly fitting music that played a huge role in the life of both Zdzisław (who listened to classical music while painting) and Tomasz (who, as a music presenter, loved particularly progressive and gothic rock, but also 80’s pop).

Author Bio: Maciej Staszewski is a student from Poland fascinated by a film world. He likes trying different things and writing about films that seem quite intriguing for him.