5. Pirates of the Caribbean

Directed by the unlikely named, Gore Verbinski and starring Johnny Depp as everyones favorite drunken lech, Pirates of the Caribbean: The Curse of the Black Pearl (2003) brought something original to a little known sub-genre of films that were based entirely on theme park rides at Disneyland.

Sadly, by the time its horde of sequels began to propagate across cinemas and the DVD collections of middle aged women everywhere, that tiny spark of innovation had been murdered in its crib by the Hollywood machine. Instead, what we were delivered was a litany of tired, eccentric, muddled, confounding, long, tedious, soulless, chicanery. Lots of mood, lots of special effects, lots of eye-liner. No plot. Or actually, you might say—too much plot. And not very good continuity.

A sequel for such a successful film was, of course, to be expected. The possibility of a major studio such as Disney forsaking a shot at making a ludicrous amount of money for artistic reasons is beyond unlikely. And for the first two sequels they did what has come to be expected of big Hollywood sequels.

Following a formula of overly long, drawn out and convoluted story-lines, with unnecessarily complex plots and more characters than anyone can reasonably be expected to keep track of. And thus, they trotted out the gimmicky Captain Jack Sparrow, each time with more sad humor. This, to the point that by the forth sequel, both Orlando Bloom and Keira Knightly, refused altogether to come to the party.

This was of course rectified by all accounts in the latest installment, Pirates of the Caribbean 6: Dead Men Tell No Tales (2017), where, for an enormous and unreasonable amount of cash they both make what amount to cameo performances. As if that wasn’t enough to get you out of bed, even the legendary Paul McCartney makes a small appearance. In the end, Dead Men may not Tell Tales, but Jerry Bruckheimer does, and maybe he should just stop. 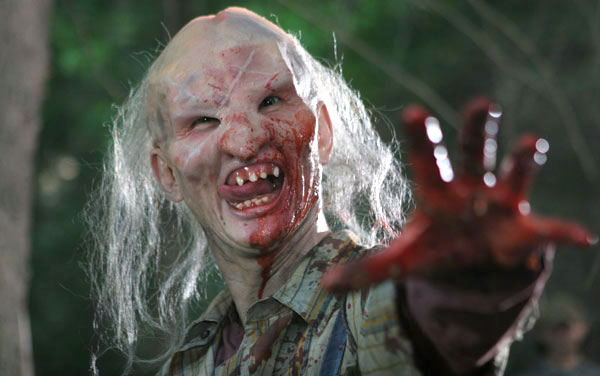 It was a turn. And it was wrong. So much wrong. So very, very wrong. Wrong Turn (2003) and its glut of cliché ridden offspring is the height of bad slasher/thriller/horror/inbred-hillbilly cannibal flicks. So much so that the overall wrongness of it is hard to ignore. Written by Alan B. McElroy, and directed by Rob Schmidt, the original stars nobody you have ever heard of and still managed to gross $28.7 million dollars from a $12.6 million dollar budget. Quite impressive you might say. Not really. Not when you compare its returns to that other awful franchise, Paranormal Activity, at least.

In this case, however, Wrong Turn’s modest financial returns were enough to invoke not just two sequels—but a total of three prequels as well. You’d think that with so much fanfare this surely must be an amazing series. Some real A-class cinema. You would be wrong. Wrong Turn is in fact more like a barometer that measures the popular addiction to trash.

In this case, predictable, formula driven nonsense about a group of young people (select your specific group dynamics depending on which sequel you are watching) who are chased down and feasted upon by monstrous, scary mountain folk who have nothing better to do that ambush unsuspecting victims on back roads and then chase them down for fun and games. And also meat. Because, there’s never been a film like that before! Ever! It is, exactly what it sounds like and there are no surprises.

The sequel, Wrong Turn 2: Dead End (2007) raises the stakes significantly of course. Here, the plot has been amplified to include a group of reality show contestants to ensure all the cast are appropriately attractive to look at. Things, of course, go equally wrong for them.

The third movie, Wrong Turn 3: Left for Dead (2009) introduces some escaped convicts to the mix. A genius move allowing us to actually enjoy watching their demise. Wow! They really turned up the wrongness here. In volume 4, Bloody Beginnings (2011) the now well worn mutant-cannibal gag is cleverly (and oh so originally) staged inside an abandoned asylum. One is left with the impression that the producers pulled plot lines out of a hat.

But the fun doesn’t stop there. No. Indeed! The cliché parade continues with part 5: Bloodlines (2012) where a group of students this time, are hunted down in a mining town at halloween. Because no horror film was ever set at Halloween before. (Well at least it wasn’t Christmas). Finally, in part 6: Last Resort (2014) the tired old plot is once more trundled out on its wheelchair from the Nursing Home Where Bad Tropes Go To Die, but this time (prepare yourself!) it’s set on a holiday resort!!! Hence the extremely clever double entendre in the inspirational title. Last Resort! Get it? Get it?

Surely then, you might think, with such a huge franchise, there must be some redeeming features?! No. No there are not. Not unless your taste in cinema involves cheap gags and mindless grotesqueries masquerading as actual entertainment. In which case, Wrong Turn just might be for you. Enjoy! 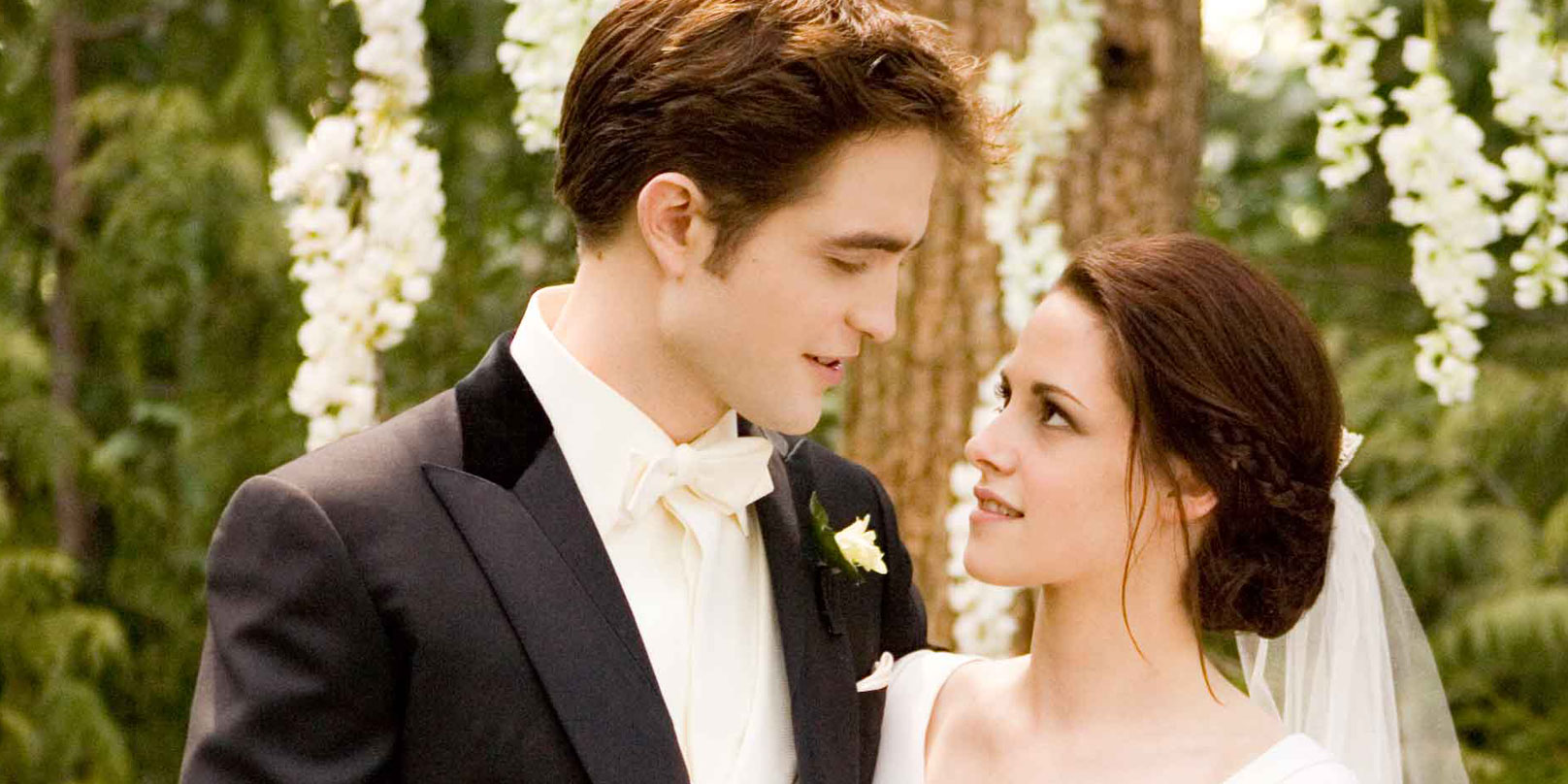 Beginning in 2008 and running all the way through to 2012, this abortive runt progeny of the vampire genre, which spanned five entire movies, splattered like viscous wet mucus across cinemas everywhere, drowning all in its lukewarm, tepid wake. Based upon four books by the American author Stephanie Meyer, the Twilight Saga is ostensibly a love story. It is in fact the love story that inspired the now famous internet meme “Still a Better Love Story than Twilight”.

A meme which is still often attached to some of the most crude and unpleasant images on the internet. And rightly so. Twilight and its accompanying sequels, New Moon (2009), Eclipse (2010), Breaking Dawn, parts 1 and 2, (respectively 2011 and 2012) are among the most insidiously shallow, dreary, money spinners to date.

Generally known for its bad story, bad acting and its sparkly vampires, Twilight has also been accused of ruining the vampire genre while being downright weird and creepy too. Besides sparkling in sunlight, the main protagonist, the vampire Edward Cullen, behaves more like a stalker than any kind of actual mature love interest and despite being hugely popular with girls, the underlying story is distinctly anti-feminist.

Bella, its heroine, is made out to be rather small minded, submissive and pathetic. This generally raises the question, what is it this series is trying to tell us and what is its target audience, (presumably Teenage girls) supposed to learn from it? By all that is Holy, this franchise needs to be dismembered and burned at the stake.

2. The Fast and the Furious 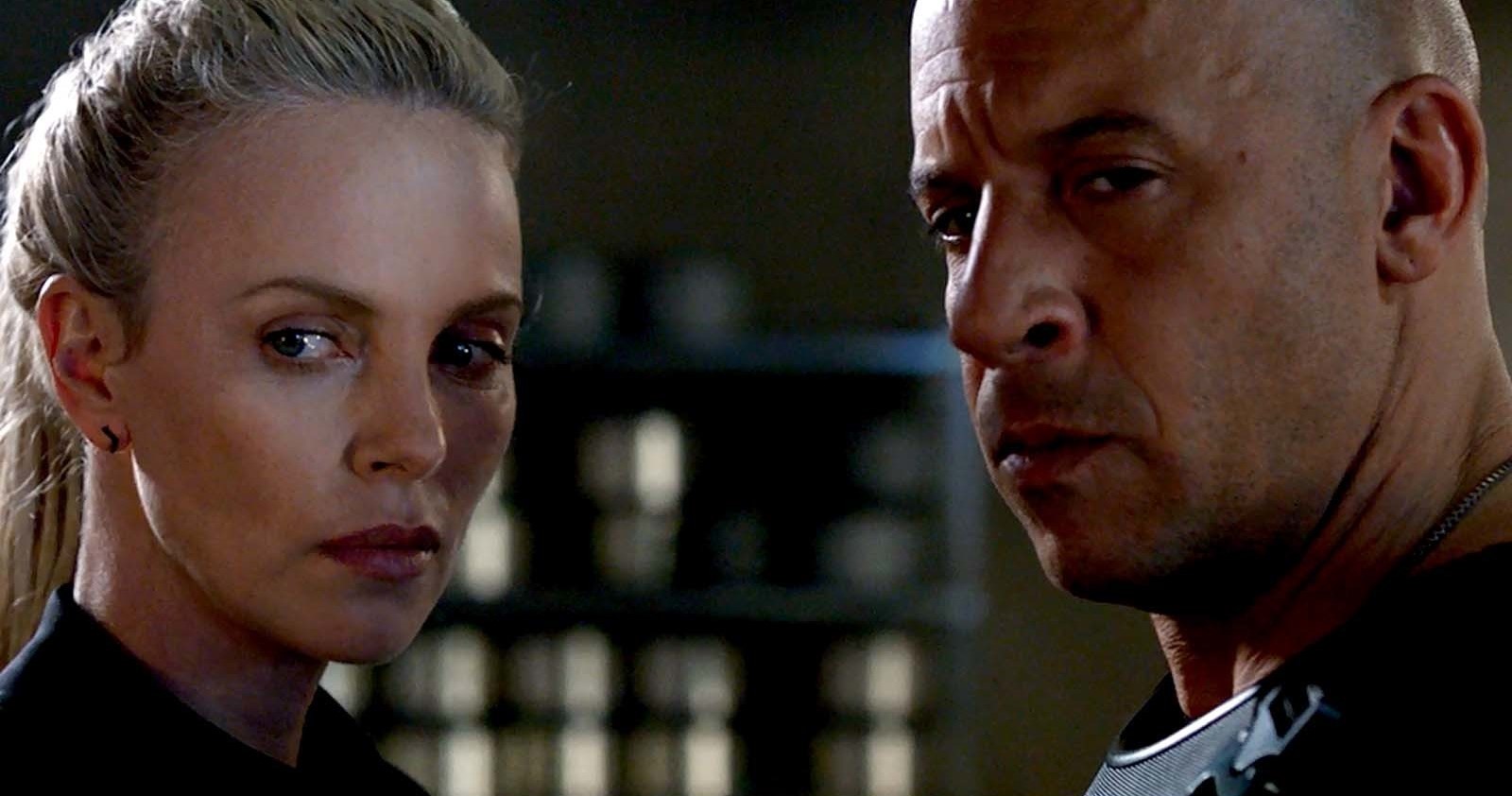 Perhaps the most ludicrous (puns intended) action series ever made, the Fast and the Furious and its high-octane odious offspring is the very fountainhead of everything that is wrong with Hollywood cinema. From the absurd car chases and shootouts to Vin Diesel’s ridiculous acting (and face), The Fast and the Furious franchise is the height of mindless escapism and is also one of the most successful franchises ever produced, raking in a whopping four billion (plus) dollars. This is a series about a family of testosterone ridden clowns whose super-powers include saving the world—with cars. Obviously, with cars.

Now to be fair, it wasn’t always about saving the world. Back at the beginning of the first film, it was about stealing VCRs from moving trucks—with cars. An equally stupid endeavor. But what do you expect from a guy who says things like: “I live my life a quarter mile at a time.”

But the franchise hasn’t always had an easy road (excuse the pun). From its first floppish sequel to the death of one of its lead actors, car enthusiast Paul Walker, this High Octane and Low IQ testosterone-and-tits extravaganza has had to reinvent itself more than once. Firstly when its leading man, Vin Diesel, and the original director failed to come back for the first sequel. Then again in the forth installment when the studio basically went back to the original formula.

Now with seven sequels including the latest film, Fate of the Furious; with everyones favorite blonde-dreadlocked, nefarious computer hacker, Charlize Theron and an army of hacked self-driving cars, the series has reached new heights of absurdity. But don’t forget, despite the insane action sequences, the hot bodies and slick cinematography, this franchise was always about family. Of course it was.

How can anyone not love watching photo-realistic giant fighting robots running around blowing stuff up? Surely, if this is what you love, then the Transformers franchise, from everyone’s favorite cheesemonger, Michael Bay, is going to be your medicine. Surely this five part franchise, based on the animated show from the 1980’s, (in turn based upon the line of toys from Hasbro) will satisfy any transforming robot fetishes you may wish to sate.

And its a shame really. For millions of kids who grew up in the 80’s, Transformers was the mainstay, the stock of pop culture. These characters, including the girl-bots in the series, were role models and heroes for an entire generation. At that time, the idea of a live action movie about the Robots in Disguise seemed far fetched and pretty much impossible, so you can imagine the delight that swept through a generation of once adolescent males when the first sneak peaks, CGI tests and trailers began to appear on-line in the time leading up to the first movie, Transformers 2007.

And to be fair, that movie was (almost) exactly what one would expect. Foregrounded by the budding love story between now faded stars Shia LaBeouf and Megan Fox, with generous helpings of male-gaze cinematography, testosterone ridden action and epic CGI robots who all moved seamlessly, like stunt men, dressed in green suits covered with ping pong balls. In fact the CGI appeared so good that it almost seemed too easy. And it was. So easy that Michael Bay just doesn’t seem to know when to stop.

Soon, as the sequels began to be spat out by the small collection of studios involved in the production and distribution of the franchise (including Hasbro, Dreamworks and Paramount), and the money began rolling in (the Transformers franchise is the 10th Highest grossing film series in the world), the flimsy story-line was successively scaled back to make way for more and more, non-stop, impossible-to-track-with-the-naked-human-eye, massive, CGI action sequences featuring—giant (all so very male) fighting robots.

It’s really just lucky girls don’t like robots isn’t it? God forbid Michael Bay would have to muddy the waters of his slick male-gaze fantasy with any kind of equality or representation for women. Yup. Girls don’t like robots. Not one of them. Its a fact. Do you believe that?