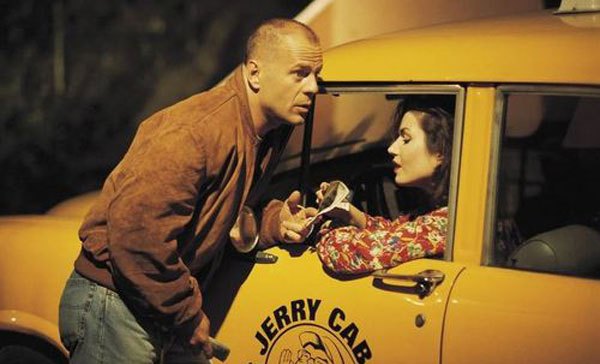 “Pulp Fiction” could easily feature a number of entries on this list with its nonlinear narrative, different sections or chapters, interlocking storylines, and circular narrative.

The prologue and epilogue at the diner both follow the same story or event. Although chronological, they would appear somewhere in the middle of the film, and each time they appear they take a different point of view.

Considering everything that’s happened with Jules and Vincent after the prologue, and what the viewer knows they are capable of, the epilogue takes a different meaning compared to when we first see it. Jules and Vincent are not your ordinary diner customers.

We expect a bloody finale because we know that Vincent will survive, since he dies in another scene and gets to take out Mia Wallace. But the genius of the script lies with another surprise. We know Jules wants out of his life of crime and has gained new perspective over his philosophizing. This new lease on life avoids the bloody finale where Pumpkin and Honey Bunny’s lives are spared and everyone gets to live (or die) another day.

As a circular narrative, “Pulp Fiction” works in pointing out how every action has a reaction and how different characters and events intertwine. It’s the perfect example of how one can use different forms of structure in a single film. 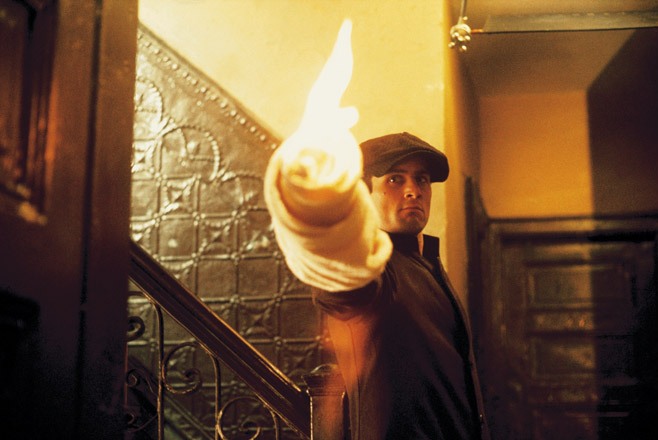 Francis Ford Coppola’s legendary and epic mafia crime film works both a sequel and prequel to “The Godfather.” It uses two different timelines; the sequel and main story follows Al Pacino’s Michael Corleone in 1958 as the new Don of his crime family. The prequel follows Robert De Niro’s Vito Corleone from 1901 to 1923 as he emigrates from Sicily in his childhood, to New York City where he founds his family enterprise.

There are many complexities in the two storylines that parallel and dissimulate each other. There are the two timelines and two characters, but they essentially exist in the same country and the same business.

In this, we’re given two different points of view from two similar but equally different characters who occupy the same position (father and son, nonetheless). Informed by different circumstances, situations and eras they morph each other if you also take into account the first Godfather film.

While Michael was born into the family business and comes into a position he eventually inherits, his fight is to preserve the family legacy. Vito, on the other hand, is a man who was born with nothing and his fight is to establish a legacy for himself and his family. It can be argued that Vito thrives and loves his position of power while Michael is a prisoner of it.

In the beginning of “The Godfather,” Michael was just like his father in the beginning of “Part 2”; idealistic young men who want to make something of themselves in the right way, the American dream way. In the end, they’re both “forced” to become ruthless men in the world of crime.

What makes “The Godfather: Part II” one of the best-structured films is its use of two different timelines which can be summed with the popular phrase: “the more things change, the more they stay the same.”

No other film has used the flashback motif as perfectly as Orson Welles’ stunning debut, a film that follows a reporter who’s tasked with finding the mysterious meaning of newspaper tycoon Charles Foster Kane’s dying words “Rosebud.”

From then on we’re given a portrait of the life and times, the rise, and fall of a complex and fascinating man. The big punchline is that it’s from the points of view of the people who were closest to him throughout the different stages of his life. The story is about Kane, but we never get the point of view of the man himself.

The flashbacks here are not used as some lazy form of exposition or character arc but in a natural and platonic way. Through the reporter, we see Kane as the world sees him; a powerful, rich and mysterious man no different than the way we see famous people today. Through the flashbacks, we see Kane the way his friends and colleagues see him while explaining how he became this powerful, rich and mysterious man.

Both the current storyline of the reporter’s search and the flashbacks are interesting enough on their own. But together they give the story a different and powerful perspective and raise the question how well do you truly know someone?

It’s apparent that Kane didn’t know himself as well. The way he contradicts himself and flip-flops through different ambitions, motivations and dreams, not quite sure what he wants or who he wants to be, makes using the detached flashbacks a necessary and perfect story structure.

No other film uses a point of view as well as Akira Kurosawa’s classic “Rashomon.” The film has influenced a wide number of stories throughout the years, where the point of view forms the crux of the narrative at large. With an unconventional structure, the story uses repetition as several characters recount their version of the same situation to a commoner in a gatehouse.

Examining the nature of truth and how it can impact justice, we’re given four different, self-serving accounts of the murder of a samurai and the rape of his wife. Using flashbacks for each account, the conclusions are the same but the means to it are different.

Each flashback fits perfectly with each character’s personality. The bandit’s story will, of course, paint him as innocent of any wrongdoing, while the wife’s story paints her as an honorable and innocent victim. Each account follows the narrative structure, having a beginning, middle and end.

By using repetition, the filmmakers make sure that each account of the story is different while making sense in its own right. Are most of these versions flat out lies or just mere communication problems? Even the eyewitness who would seem to have no cause to lie has his own reasons for giving his version. In the end, no one is as quite what they seem and we never find out the actual truth, like most things in life. The viewer is left to ponder and make up their own mind.

While David Lynch is known as the master of dream logic when it comes to cinema, Andrei Tarkovsky’s “The Mirror” is just as worthy. Loosely autobiographical with an unconventional structure, “The Mirror” unfolds as an organic flow of memories from a dying poet.

Combining scenes from childhood memories, dreams, thoughts, and newsreel footage that chronicle one man’s life throughout the 20th century, the film works as a stream of consciousness as it flashes back and forward without any indication, and the imagery changes from color, sepia and black-and-white unpredictably.

Set in three different timelines that are pre-war in 1935, wartime in the 1940s, and postwar in the late 1960s, time in the film is a mosaic of images. Like dreams themselves, the structure of the film is non-chronological, plotless and discontinuous. This proved confusing on its initial release and for first time viewers. But, like all of Tarkovsky’s films, it rewards patient and multiple viewings.

Focusing on the point of view of Alexei (who makes a brief appearance in the film), we see what he sees, hear what he hears, and feel what he feels. While some things remain opaque and unexplainable, the power of imagery evokes unspeakable understanding.