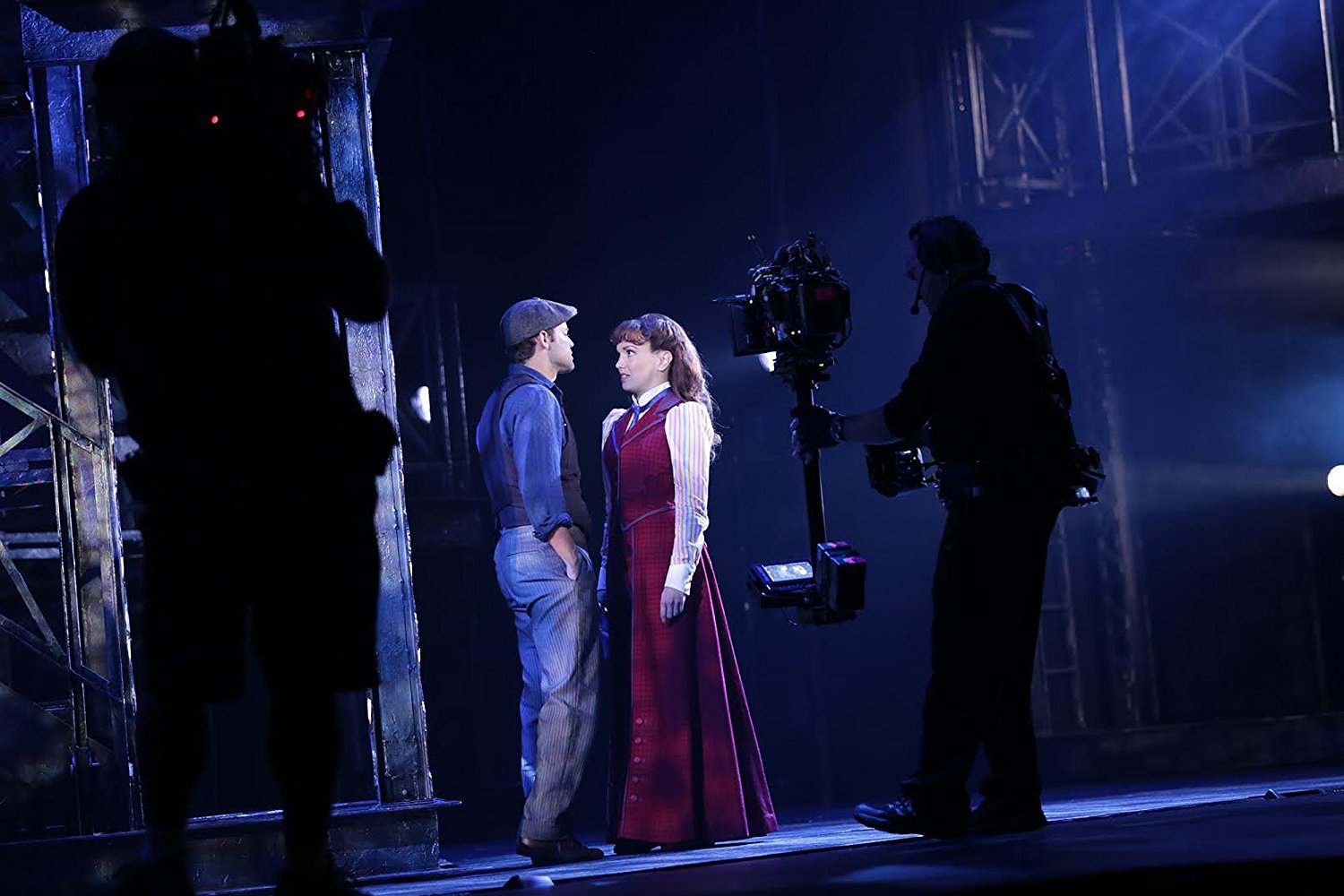 For audiences of a certain age, the 1992 Disney film Newsies is a well-loved nostalgic classic. This musical–initially a box-office disaster that found an appreciative young audience on home video–has obtained cult status over the years, so much that it was adapted to Broadway in 2012, where it ran for two years before going on a national tour.

Based on the real-life Newsboys Strike of 1899, Newsies: The Broadway Musical follows the story of a group of young boys who hawk newspapers for newspaper magnate Joseph Pulitzer and organize a strike against higher newspaper prices, which cut into the (already razor-thin) profit margin of the “newsies.” Fans of the original musical will enjoy this live adaptation of the beloved movie and–since it’s appropriate for all ages–may even find a new generation of fans among their kids.

7. Bottom of the World 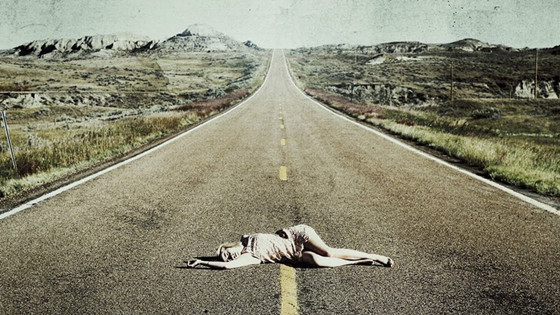 A couple, Alex and Scarlett, driving across the United States towards Los Angeles stop at a hotel for the night. When Scarlett suddenly disappears, Alex begins to search for her and is brought into the desert by a masked stranger. He wakes up and finds himself in a completely different life than the one he had been leading, but still retains memories of Scarlett and their life together. Only Scarlett’s in this reality, as well–but she’s his next door neighbor and also lives an entirely different life.

This Lynchian setup follows through to the end as the audience is left wondering what’s real in Bottom of the World. This low-budget mystery thriller may not have the same technical craftsmanship that Lynch’s work displays, but it is an intriguing mystery that utilizes its American Southwest setting to great effect and Jena Malone as Scarlett holds the film together well as the central character of its mystery. 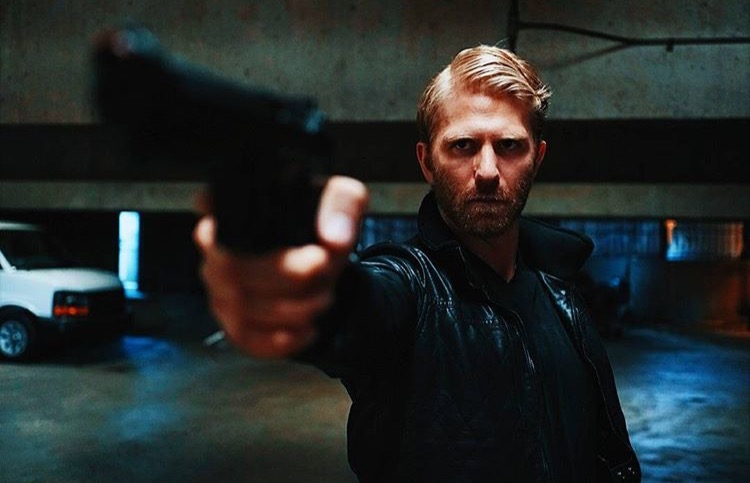 Studying the root causes of violent behavior, psychologist Dr. Amanda Tyler (Denise Richards[!]) interviews death row inmate Jackson Shea. As the interview goes on, Tyler vacillates between the conviction that Shea is guilty and doubting his guilt, with a stay of execution hanging in the balance as to her assessment.

While this sounds like the setup for a serious drama about the death penalty, here’s the thing about American Violence: it’s strictly a B-movie. And a rather shoddy one at that. But can you watch a movie about death row and find snickering amusement in it? In the case of American Violence, the verdict is guilty as charged.

Denise Richards–who once played the least convincing nuclear scientist in cinema history–similarly plays an unconvincing world-renowned psychologist, while the interview–staged like Silence of the Lambs-is filled with overcooked dialogue that makes the viewer think to themselves that a professional screenwriter couldn’t have possibly written it.

So if you’re in the mood for a so-bad-it’s-good drama and study in inept filmmaking, American Violence is here to make you feel better about your dashed cinema aspirations–at the very least, you aren’t responsible for such a silly film that tries to take itself seriously like this one. 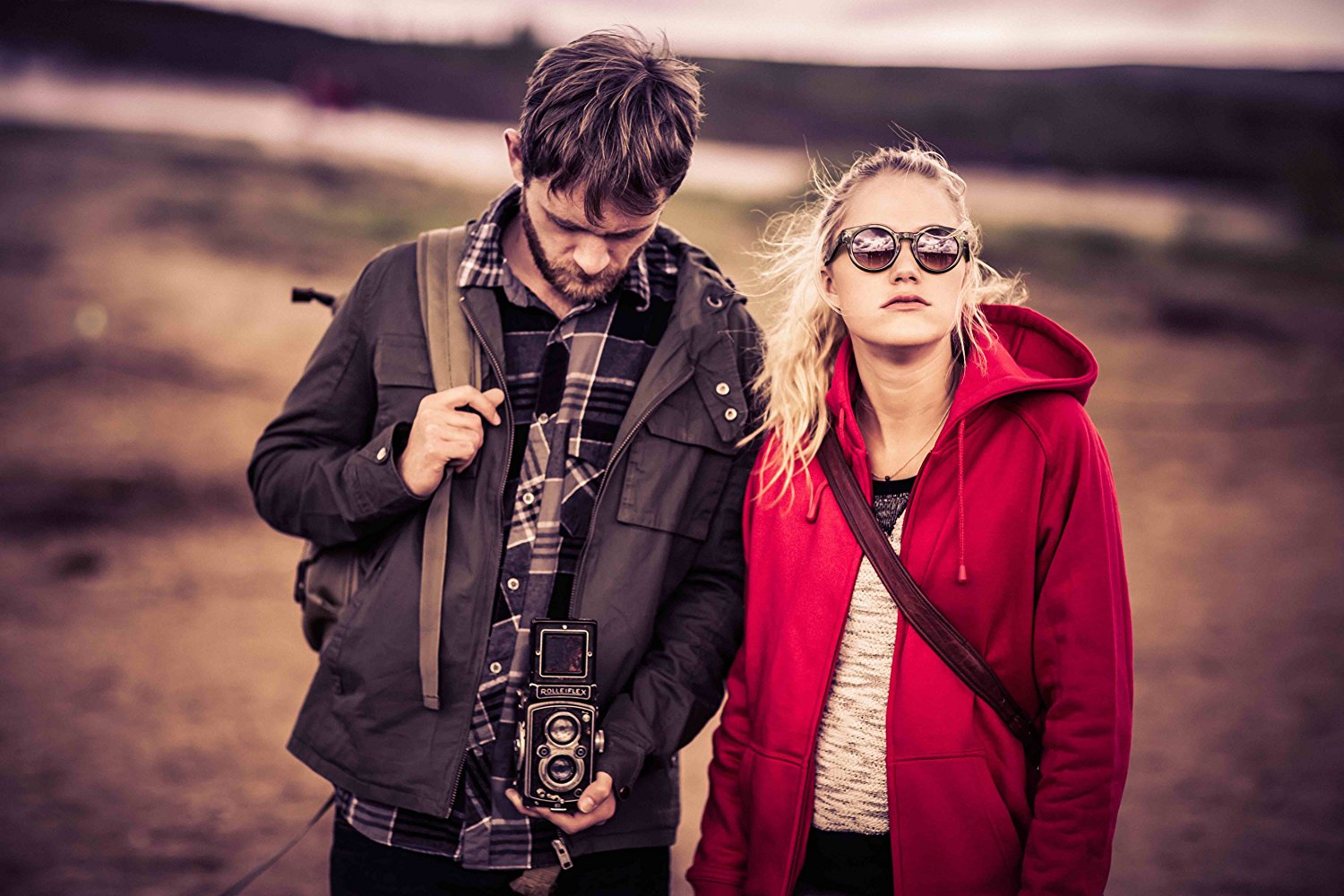 Two American tourists arrive in Iceland for vacation but after witnessing a strange flash of light in the distance one night awaken to find that everyone has disappeared. As in, everybody on the planet: there are no people left in Iceland, they can’t get in contact with anybody back home, TV stations that normally broadcast live only show test patterns, and no website on the planet has been updated. While the man seems to find the situation interesting and amusing, the woman is increasingly troubled by their situation–and this situation only becomes bleaker as the film goes on.

Edging on nihilistic, Bokeh–which refers to the visual quality of out-of-focus areas in a photograph–doesn’t let the viewer, or its characters, off with an easy answer. Simply everybody in the world has disappeared except for them. Instead, the film is an exploration of how two characters handle this extreme “what if?” scenario.

While its conclusions aren’t cheery, it’s a philosophically difficult concept to confront, and this film faces such a sticky conundrum as a character study. For fans of philosophical films and speculative fiction, Bokeh may keep its answers out of focus but the central premise is crystal-clear.

Death Race 2000 was a bombastic, violent, and over-the-top sci-fi action satire that came out in 1975 and has since become a cult favorite. Roger Corman–who produced the original film–decided to make a sequel of the original in his on inimitable way: mainly by overclocking the concept and ramping up its camp factor by a thousand.

Roger Corman’s Death Race 2050 is an unrelenting, hyperkinetic satire of the corporatized world, one that depicts 2050 as a sort of Idiocracy on steroids. And it certainly isn’t subtle: equally unbelievably stupid and whip-smart, RCDR2050 is the kind of movie where you turn it on and turn your brain off, letting the bombastic, loud, and colorful craziness wash over you. Like a live-action Wacky Races, this is a movie for fans of camp, cult, and Roger Corman’s signature hyperbolic style. 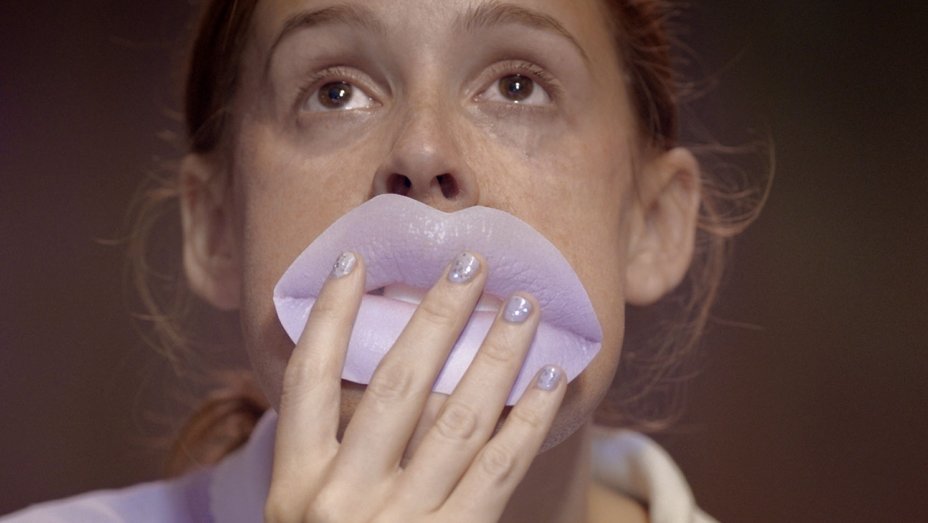 Transgressive is a word affixed to a lot of things but is rarely accurate in its description. 2017’s Skins is certainly transgressive: with its underlying message that beauty is only skin deep, the film takes this idea literally and to a grotesque level. We are introduced to our characters one by one and watch as they intersect throughout the film.

This includes a pedophile who interacts with an elderly madam that shows him pictures of the young girls he could choose from; Laura, a child prostitute that literally has no eyes–as in, flesh covers the part of her face where her eyes would be; Samantha, a young woman whose digestive system has reversed, so that her mouth is where her anus should be, and her anus is in place of her mouth; Ana, who has a disfiguring tumor growing out of her face; Guille, her burn victim boyfriend; Christian, who dreams of having no legs so he can be a mermaid; and Vanesa, a little person who despises her job as a children’s entertainer in costume.

Skins is an uncomfortable film to watch, made all the more bizarre by the detailed prosthetics its disfigured characters wear to pull off the effect of, say, having an anus for a mouth. It’s also a cruel universe that’s built in Skins, reminiscent of Todd Solendz’ penchant for heaping tragedy upon his already downtrodden characters. Certainly a memorable film, for those who can take more outre and transgressive material, Skins is one of the most disquieting films of 2017.