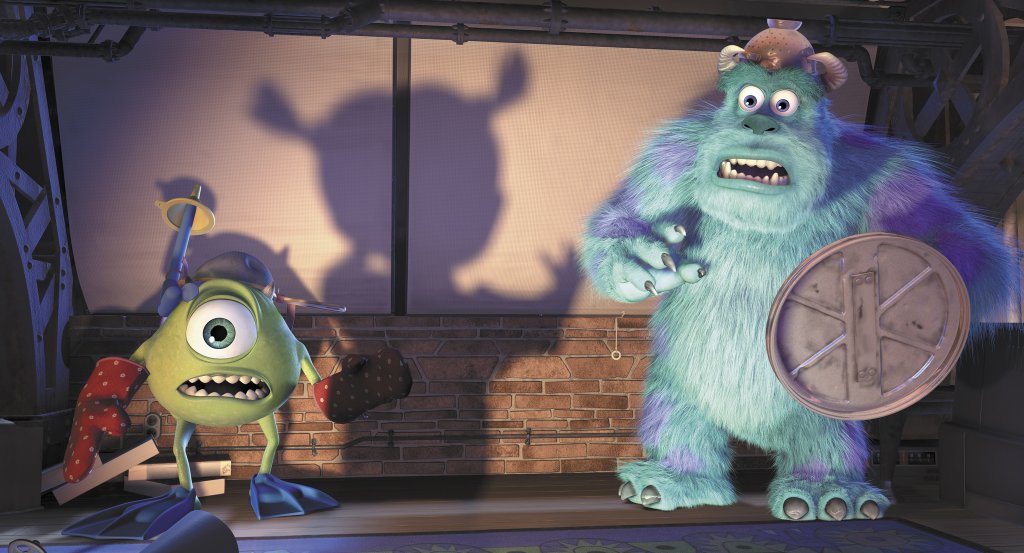 “Monsters, Inc.” is hands down the funniest film in Pixar’s canon. While some people have complained about Billy Crystal’s voice-over work being a little, well, too Billy Crystal, casting him with John Goodman and Steve Buscemi was ingenious.

It’s set in a monster world where best friends Mike and Sully work at a scare factory called Monsters Incorporated that generates power by scaring children. Believing the children to be toxic, the monsters are ironically scared of them as well. When one of the children enters their world, Mike and Sully have to protect her and return her home before things get out of hand.

Focusing more on comedy than emotion and moving at a crackling pace, it’s messy at times but it’s not without its charms. The random scenes with the citizens of Monstropolis are hilarious and Boo running around raising havoc evokes warm fuzzy feelings.

There’s some nice subtext throughout that any 9-to-5 worker will notice at first glance and the amount of creativity on display is respectable (Pixar’s first alternative universe). While not perfect, it’s one of Pixar’s most fun films.

From here on, any of these could be number one and as great as “Inside Out” is, it’s sad that it’s Pixar’s best film in the last seven years that saw the studio struggling to recapture that magic they had in the 2000s.

“Inside Out” is a standard Pixar story about an 11-year-old girl and her emotions as they try to guide her through a difficult time as her family moves from Minnesota to San Francisco. Mostly set in her mind with her feelings personified with Joy, Sadness, Anger, Fear, and Disgust, the first two feelings find themselves journeying through the outskirts of her mind where they learn an important lesson about growing up.

Directed and co-written by Pixar veteran Pete Docter, the film is partly biographical and is inspired by his own move as a child and his daughter’s growth. He’s behind some of the studio’s most far-out ideas like “Monsters, Inc.” and “Up”, which explains why the film is just as good as the best from their golden age.

Mixing that witty humor and all too honest drama (with those tear-jerking moments, of course), it looks beautiful with vibrant colors (with a nice glow around Joy), detailed animation, and excellent voice work.

The Toy Story series really shouldn’t be this consistent, but somehow it is. Released 10 years after its sequel, the series never lost its touch. In fact, the third one improves on its predecessors in every single way, and it may be Pixar’s most touching film to date.

As Andy prepares to go off to college and starts shedding his childhood, his toys end up in a daycare center where the kids aren’t as nice, so the gang starts plotting their great escape.

Breaking records and making history, it’s the type of film that makes you think back to your more innocent days and the various stages that lead to adulthood and, of course, the toys.

With such heavy themes including growing into adulthood and uncertain futures, there’s still enough room for some comedy and adventure. With pop culture references galore and a touching soundtrack, no one would’ve expected “Toy Story 3” to be this good.

“Ratatouille” deserves all the credit in the world for making the concept of a chef rat not disgusting, and naming the film after a famous French dish that that has the word “rat” in it. Genius! Right? Okay, maybe not.

Remy is a cute, food-loving rat with a talent for flavor who dreams of becoming a chef in the beautiful city of Paris where he resides. But of course, being a rat makes things a little challenging. So in comes Linguini, a clumsy garbage boy who forms an alliance with him to both get what they want.

Facing a troubled development, Brad Bird was able to take over from Jan Pinkava and deliver something truly wonderful, capturing Paris in all its animated glory from the dark sewers to the golden city, making the food look just as good as the real thing, and realistically showing the inner workings of a restaurant kitchen.

Ian Holm and Peter O’Toole steal the show with Holm as the short, scheming, paranoid head chef Skinner, and O’Toole as the skinny, snobbish, hard to please food critic Anton Ego. A particular scene involving Ego’s flashback to childhood and his last-act monologue on being a critic are particular highlights.

In the end, “Ratatouille” is a nice simple story that doesn’t break any new ground, but sometimes those are the best films.

This is Pixar’s most unique film by far, set in the future, set in space, set with a science fiction motif, set with scenes with no dialogue, and with a political and social message compared to the usual heartwarming lessons learned.

Starting off with the last robot on earth, our lonely titular hero cleans up the planet until he spots and falls for a probe called EVE, who’s been sent to earth on a scanning mission. Catching feelings, WALL-E follows EVE across the galaxy on an adventure that will change both him and the fate of the planet.

As usual, the visuals, especially of a wasteland earth, are breathtakingly beautiful with an excellent score by Thomas Newman. Andrew Stanton’s direction manages to make a bleeping character more interesting and engaging than most dialogue-filled counterparts, with the animators perfecting body language.

A masterclass in making a film that has a message without being distractingly preachy with lessons on waste management, consumerism, environmental harm, corporatism, governmentalism, and obesity. It definitely has a stronger message than most children and family movies, and the risk pays off quite entertainingly. 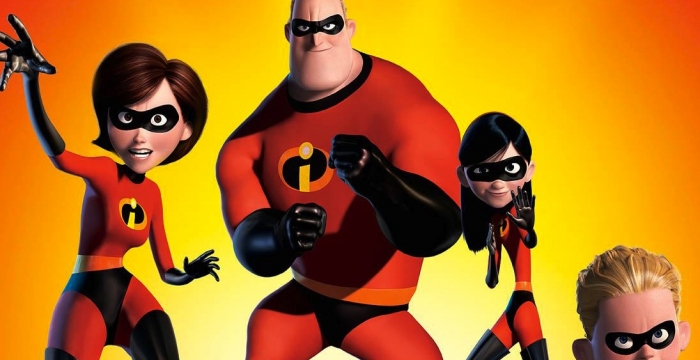 What makes Pixar films so densely layered is the array of different influences, and Brad Bird’s superhero film is no different. A mixture of “The Fantastic Four”, “Watchmen”, “James Bond” and a dash of “The Simpsons”, “The Incredibles” excels on all fronts.

When superheroes are banned by the government, Mr. Incredible finds it hard to adapt to suburban life and longs for the days of his former glory. When he gets into trouble after being hired to resume his superhero duties on a mysterious island, it’s up to his family to save him.

It features perhaps some of the best ensemble voice acting animation has seen, from Craig T. Nelson, Holly Hunter, Jason Lee, Samuel L. Jackson and Brad Bird’s scene-stealing Edna Mode. It was at that point Pixar’s biggest production, with more locations, a longer runtime, and complicated animation (water, explosions, humans, and clothes), and the team certainly delivered. It was also Pixar’s first PG-rated film for action and implied sexuality (with the usual cartoon sexual subtext not being so subtle).

Bird’s script moves along at a nice pace with interesting and well-developed characters, a believable family dynamic inspired by his own family, and no doubt years working on “The Simpsons”. It might not be the best representation of a Pixar film but it’s definitely their best overall.

Jam-packed with memorable scenes, memorable dialogue (“Where – is – my – super – suit?”), memorable characters, and memorable animation, it’s one of the best superhero movies ever made and Pixar’s most re-watchable film. With a sequel set for June 2018, we can only hope the series becomes more “Toy Story” and less “Cars”.