5. It Fully Integrated Modernism Into Film 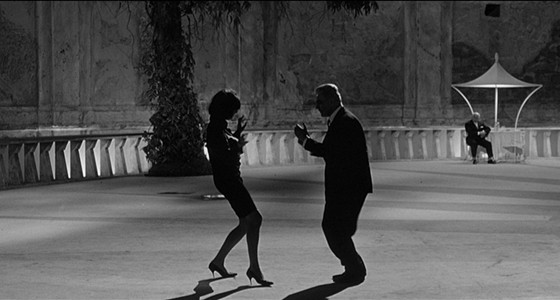 8 1/2 is one of the most reflexive films ever made. Ostensibly a movie about the making of a movie, it looks at the difficulty of creating a seminal work of art when everything has arguably been done before.

Yet in this intense search to create something new when all hope is lost, Fellini finds a way to actually make something wholly fresh. The balancing act between past forms and new ways of expression mark 8 1/2 as the highpoint in Italian cinema.

Quite hilariously, many of the descriptions of the film being made in 8 1/2 end up finding their way into 8 1/2 itself, making the film a constantly looping work of art. This approach allows it to be re-watched several times, with different meanings making themselves apparent with each viewing.

Its modernist techniques, so expertly manifested, ranks it along with “The Wasteland” and “Guernica” as a perfect expression of anxiety in the contemporary world. With 8 1/2 cinema could be seen to perfect modernist tendencies in art along with painting, poetry and the novel.

6. The Score And Musical Choices Are Perfect 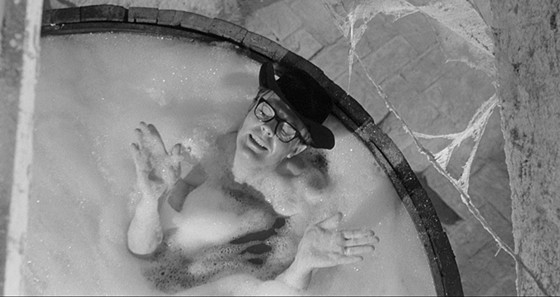 The collaboration between Nino Rota and Federico Fellini is one of the great musical-filmmaking symbioses of all time, up there with David Lynch and Angelo Badalamenti, and Alfred Hitchcock and Bernard Herrmann. In fact, the music is so good in 8 1/2 that it becomes inextricable from the images on show. From solemn to playful, classical to jazz, it is as expansive as Fellini’s filmmaking, helping to heighten every scene it soundtracks.

Yet Fellini expertly knows when to either use the score or when to use famous pieces of classical music, choice cuts such as “Ride Of The Valkyries” — used to soundtrack Guido’s self-evaluation in the bathroom before segueing into a panoramic view of the spa — or “Waltz Of The Flowers,” playing to accompany the presence of beautiful women — instantly lifting the film into classic status.

The sheer volume of music on offer, coming in and out in fragments, constantly changing even within the same scene, gives the film a mosaic-like feeling, helping Fellini to take on a whole breadth of different experiences and make it work. In this respect, 8 1/2 works as a masterclass in how to marry images with sound.

7. It Embraces Life As A Carnival 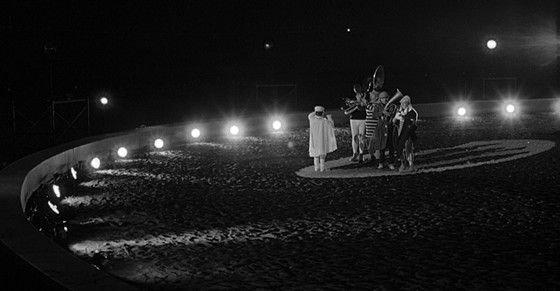 8 1/2 is an endless procession of faces; some ugly, some beautiful, all circling around Guido, making demands on him, constantly talking about philosophy, religion, and politics. It is like a strange circus.

In fact, the circus was a key inspiration throughout Fellini’s career, from La Strada’s travelling show to La Dolce Vita’s nightclub act to The Clowns’ ostensible topic. Yet even when the circus theme isn’t blatant, it is a motif that would influence all of his work, especially 8 1/2’s carnivalesque depiction of life in all of its glory.

The spa, with its idlers and reprobates, could have been like Thomas Mann’s The Magic Mountain in its depiction of a society that has lost its way, giving rise to intense naval-gazing. There is a sense of this but ultimately despair remains absent; instead Fellini sees the spa, and life, as a constant circus, with all the grotesquery and merriment that.entails.

Yet, with carnival comes melancholy, and excess a sense of reflection. Fellini knew better than any since Shakespeare created Falstaff, the true meaning of Carnival, derived from the Latin Carne Vale — meaning a farewell to the flesh. This works best in its final scenes, consisting of large troupes making their way around the crane.

The ritualistic movement of bodies around this mysterious image cannot be said to represent any one thing — it points towards something inexpressible — yet it stands as a monument to Fellini’s view of life as something to be celebrated, if not ever understood.

8. It Has Spawned Countless Imitators

They say that the measure of a work of art is by seeing how it has been imitated over time. In the case of 8 1/2 this is absolutely true, with its legacy still lasting right into the present day.

The opening sequence, which sees Guido trapped in his car, has been famously parodied by Woody Allen in Stardust Memories — his Sandy Bates stuck in a coach yet transfixed by the rapturous image of Sharon Stone pouting across the road in her first ever role — yet its subtler influence can even be seen at the beginning of potential Best Picture winner La La Land, which seems to combine 8 1/2 with Godard’s famous tracking shot in Weekend as a means to memorably start the film.

The list in fact, is close to endless. In Day For Night, Francois Truffaut, who was an innovative trailblazer around the same time as Fellini, takes this concept of director who makes a film about himself even further when he played the role of a director in crisis over his current movie. Peter Greenaway took even more blatant inspiration for his similarly titled 8 1/2 Women, which features a businessman and his son who upon watching Fellini’s masterpiece, decide to open their own harem.

Yet arguably the film that took the most inspiration from the concept of a thing-about-a-thing which is really about the internal struggle to make great art out our of lives, and was truest to 8 1/2’s freewheeling imagination is Synecdoche, New York, which sees Philip Seymour Hoffman as a theatre director who makes a life size replica of Manhattan in which to house a dramatic recreation of his life. For so much great art to come out of the imitation of 8 1/2 only speaks volumes for the immensity of its legacy.