3. Wilder’s use of the mise-en-scène and the film’s ground breaking cinematography 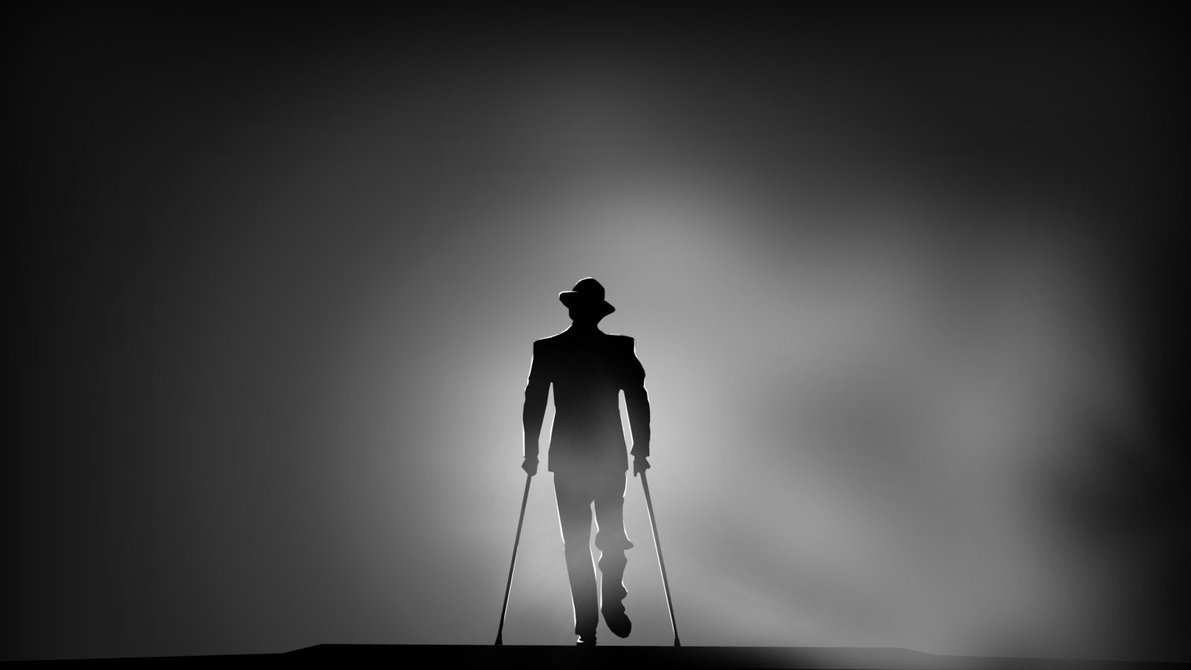 “Double Indemnity” is a sort of landmark within Billy Wilder’s career, it strengthens Wilder’s image as a studio auteur. Meaning that within the confines of the studio system and its rules, the director was able to still put his vision in the films he directed.

Therefore, in this film, the director uses the various elements of the mise-en-scène to introduce ideas about the characters –their inner fears and desires – as well as, their positions within the plot and in relation to one another – who is being dominated and who is dominating. Wilder also makes use of other elements such as the contrast light/dark to highlight these sorts of aspects and, on a different level, objects.

When looking carefully at some objects, for instance, cigarettes one can unveil that these are a symbol of a character’s lack of power and therefore his/hers position at the mercy of someone. Walter’s weak nature – a sort of good guy who was looking for some fun at first and then found himself with a rope around his neck – is understandable through his constant inclination to light other people’s cigarettes, not only Phyllis’s but also Keyes’s.

This sort of behaviour is the symbol of how Walter is either played by Phyllis (in one of their encounters when he lights her a cigarette) or at the mercy of his clever boss (when Keyes reveals to him that he knows “how they did it”). This is why when Keyes lights Walter’s cigarette at the end of the film, this gesture becomes the perfect ending for a story about the fall of man.

Another interesting aspect to refer is the idea of a constant barrier existing between Walter and Phyllis which both refer in their lines, first Walter: “The living room was still stuffy from last night’s cigars. The windows were closed and the sunshine coming in through the Venetian blinds showed up the dust in the air. (…) They had a bowl of those little red goldfish on the table behind the davenport, but, to tell you the truth, Keyes, I wasn’t a whole lot interested in goldfish right then, nor in auto renewals, nor in Mr. Dietrichson and his daughter Lola. I was thinking about that dame upstairs, and the way she had looked at me, and I wanted to see her again, close, without that silly staircase between us”. And then Phyllis: “Maybe we have, Walter. Only it’s so tough without you. It’s like a wall between us.

This idea is materialized in different moments of the film: 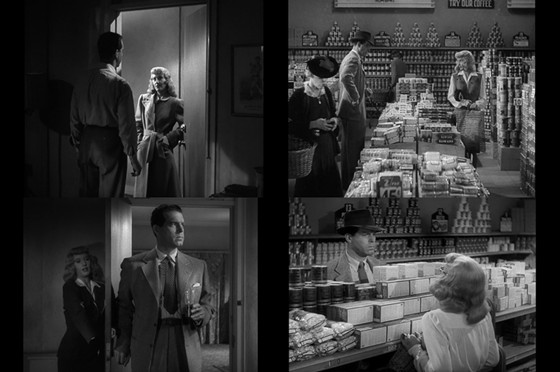 The existence of this physical barrier is not only due to the fact that Phyllis is using Walter but because between these two humans there is really nothing that connects them, there is no love between them, there is no consideration and care, being the only thing that ties him to her life’s own superficiality. That’s why to the most attentive viewer, the first and only moment they are together is the moment Walter kills Phyllis.

A third and last dominant idea is the visual references to a ‘double’, meaning that there is the idea of the man’s shadow as the symbol of the weaker part of the self that has fallen under the its own inner desires. There is no coincidence that Walter’s shadow is highlighted in walls, doors and ceilings in crucial moments where he is either dominated or evolved in Phyllis’s plot or already doomed by it.

4. Film Editing as the hiding place for meaning and behaviours 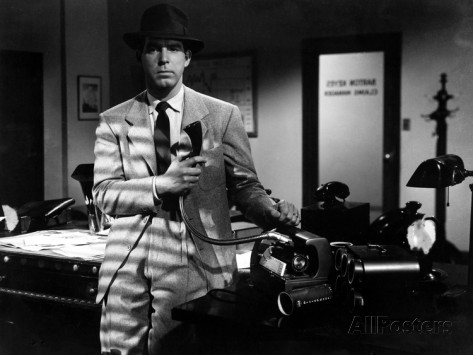 In “Double Indemnity”, as in general film, the key to understand the hidden aspects of the plot resides in the editing. The internal rhythm, the ‘montage’ that puts together high and low angles, different points of view that produce meanings some clearly noticeable and others kept only for those paying more attention.

Of course, editing is crucial in “Double Indemnity” in order to understand the plot and, specially, the circumstances and hidden meanings within the complicated relationship of Walter and Phyllis. Editing is also important to paint Barbara Stanwyck as a source of human desire, sort of sexualizing her figure and gestures. At the same level, it is through editing that we sense that idea of crossing the border and the existing frontier between the two “fake” lovers.

Also noteworthy, regarding the use of editing in “Double Indemnity”, is the ambiguity it brings into different scenes, for instance, by leaving a character looking out for something or someone for two seconds before fading out which happens in various moments with Phyllis.

At last, editing is also a vital resource for making use of extreme violence without really showing it or giving the full sense of it. If we look at “Double Indemnity” only for its plot it is about a man and a woman who plan to murder her husband and after the deed is done, plan to kill one another.

Despite the fact that this film is appraised by its depiction of reality, it is also this sort of ‘sensual’ touch or rather cynical touch that is brought to the screen by the film’s editing style that definitely makes it a landmark in the Film Noir sub-genre.

“Suddenly it came over me that everything would go wrong. It sounds crazy, Keyes, but it’s true, so help me. I couldn’t hear my own footsteps. It was the walk of a dead man.”