7. A film that’s better than the play 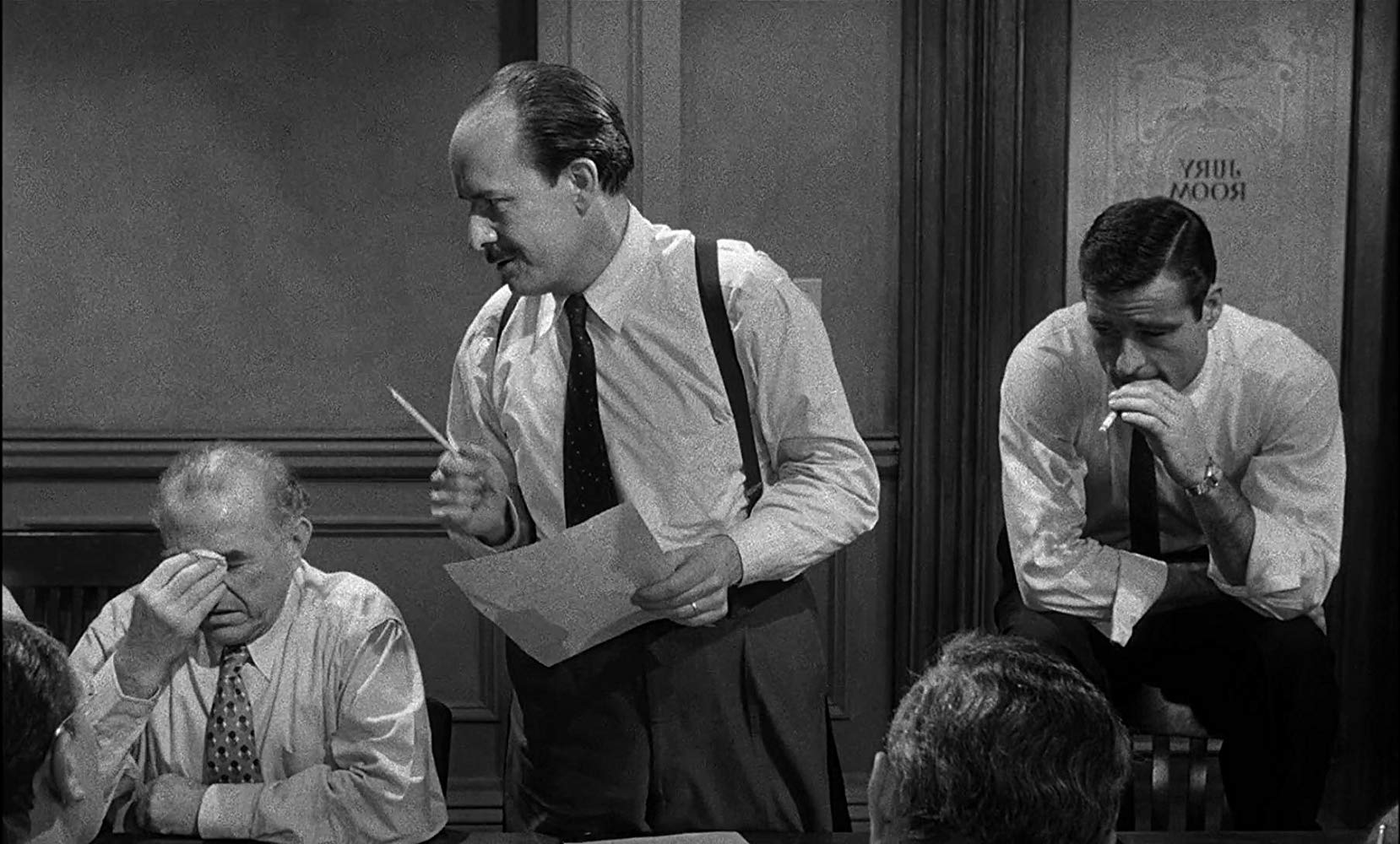 Although the original TV play script by Reginald Rose has been left more or less untouched, a longer version exists from which some monologues and interactions have been shortened or removed with positive effect. Juror no.10 goes into a much longer diatribe about ethnic groups and breeding that seems to labour the point and is not missed.

Also, in Rose’s original play it is the humble house painter, Juror no. 6, who makes the important connection that sheds doubt on one of the witnesses. In the film it is the old man, Juror no. 9, which makes a lot more sense in terms of the geography of the room. In the play it may have been a way of bringing no. 6 back into the action after a period of inactivity. In terms of common sense, however, the film version is note perfect.

8. It makes you want to watch more by Sidney Lumet 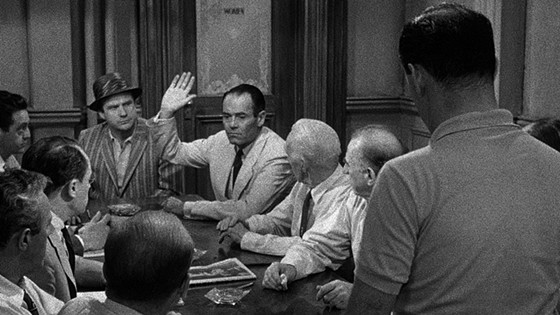 Watching 12 Angry Men, it is difficult to believe that this was Lumet’s theatrical debut as director. There is self-assurance behind every scene and straightforward storytelling that does not feel the need for anything over the top. Once the verdict is in and the jury has been dismissed, a viewer can make two more forays into the subject of justice guided by Lumet’s hand.

On one hand, you can explore a police procedural with a difference (The Offence) as Sean Connery and Ian Bannen blur the sordid lines between predator and prey in a bleak vision of small town England. Failing that, you can enjoy another claustrophobic power struggle (The Hill) also starring Sean Connery, this time set in a military prison in the heat of the Libyan Desert.

9. Some of the best arguments ever put on film

Tension bubbles away at the heart of 12 Angry Men. When things boil over, as they do frequently, the viewer is treated to some great exchanges Just to see Lee J. Cobb thunder away at people in contrast to the cool approach of E.G Marshall is a joyful experience but when you add in the passionate attempts of some of the others to get their points across it makes for a masterclass in argument.

Jack Klugman is in restrained mood compared to some of the rants he gives us in his small screen role as Quincy M.E, but his quiet outrage over the slurs on his background is perfectly delivered. Martin Balsam has his moment of petulant anger as his performance as foreman is questioned, also fitting in so well with the character’s obvious insecurity in the role. At the heart of the story, Henry Fonda delivers one patient, impassioned plea after another, seizing any opportunity to prove the others wrong.

12 Angry Men is full of archetypes (the racist, the wise old man, the slick executive, the quiet bank worker). The joy of the film is watching them all get thrown into this situation together. The representation of how they react is exactly as you would expect. So, why is it interesting? It’s interesting because that is what you get in real life. People tend to fall in line with others’ expectations of them.

When such diverse characters are mixed together like the consituents of nitro-glycerin, the end result is impossible to tear your eyes away from, like some horrid reality show. The planning of the room is anything but haphazard. Whoever put together the seating plan for this jury should never be allowed near the planning stage of a wedding breakfast.

The inspired decision to place John Fiedler’s meek bank clerk next to the foreman (so he can appear the teacher’s pet from time to time) but also next to Lee J. Cobb’s explosive barrel of dynamite is a prime example of this. He’s there to be shooed away like a bothersome fly but also in just the right position to chip away at Cobb’s arguments in the exact way necessary. 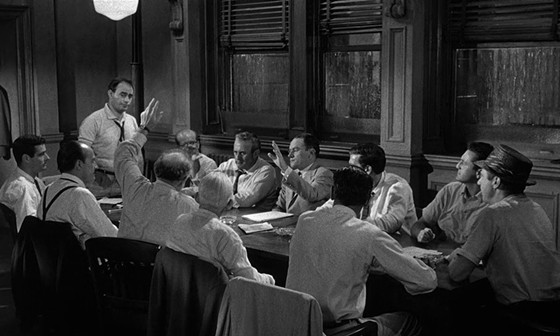 As mentioned above, this is the shortest film in the IMDb top 10 by some considerable margin. At 96 minutes, it doesn’t outstay its welcome, able to tell its story without any unnecessary distractions or subplots. In so many ways it could have been padded out with backstory and outside influences but it has been kept taut and lean like a flyweight boxer who packs a hell of a punch.

This film has a story to tell and it does so without having to tack on extra bits and pieces to add depth. All the depth required is right there in the conflicts going on around the room.

12. The ending is up there with The Graduate 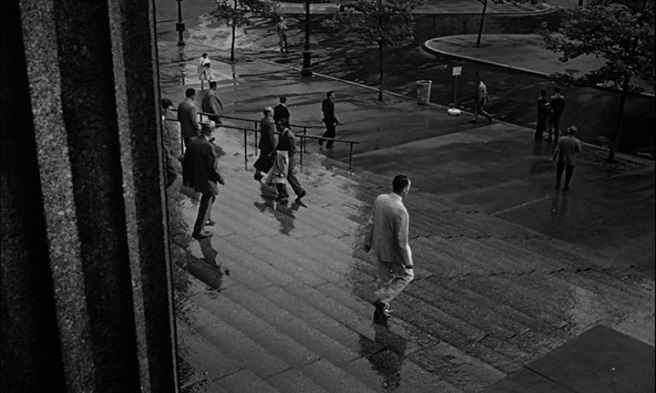 “Well, so long!” After the final revelations, the camera retreats a little, back to a comfortable distance. We emerge into the fresher air outside the courthouse and bear witness to an exchange between two of the jurors. We finally learn their names and then we are returned back to normality and a sense of what is so real about this film. There is no grand round of applause, no back slapping, no friends-for-life moment. We realise that these men have done their job and now go back to their own separate lives with no reason to have any more interaction. Anything more between them is unnecessary.

This is a telling reminder of how ultimately normal the events in the story are and how they are an indelible part of our culture. It is refreshing to think that some of these arguments are probably being replayed in rooms across the world even now.