6. Many directions with no substance 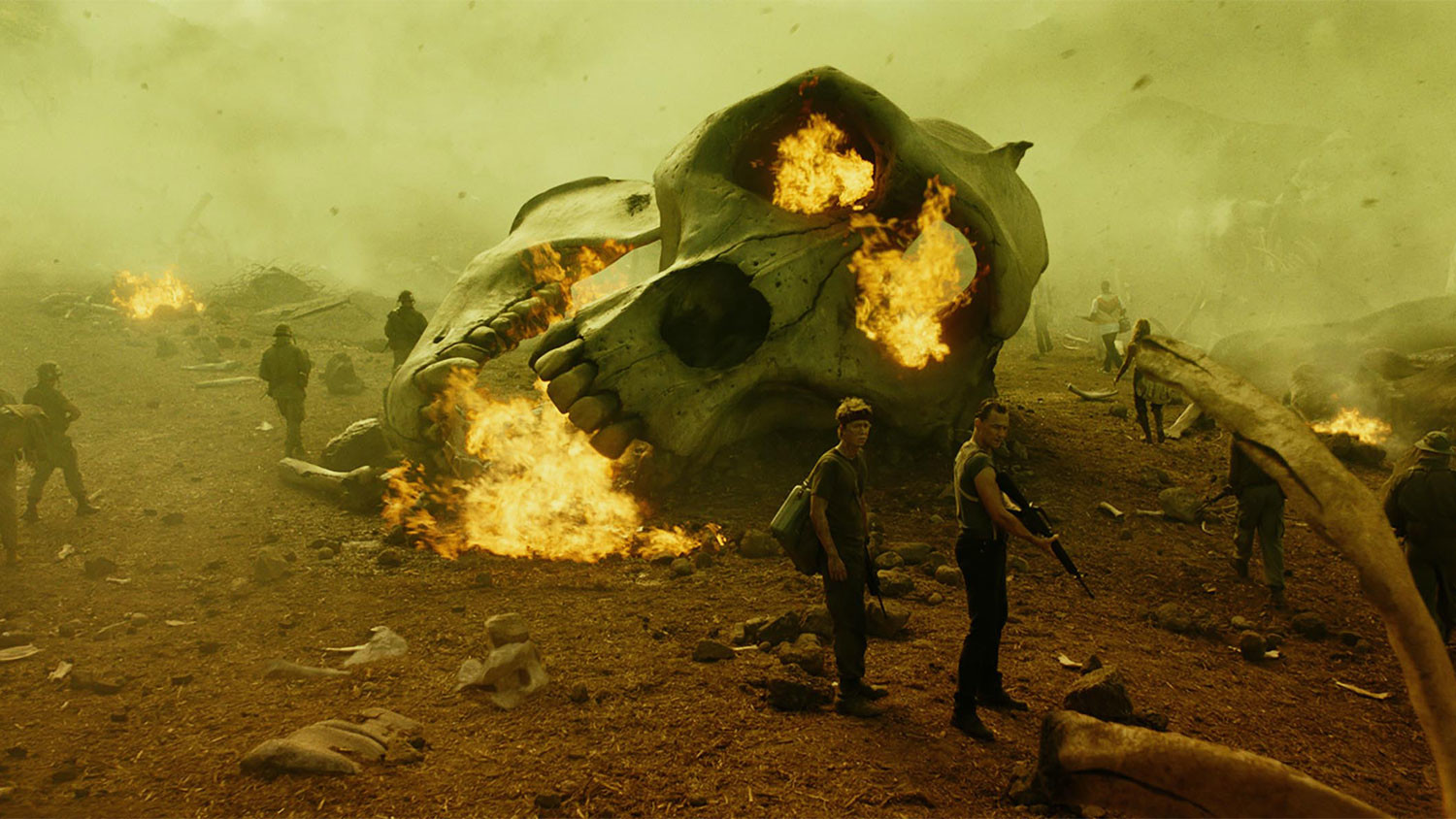 For a movie with such a simple premise, this story tries to incorporate too many storylines and follows through on none of them. It also can’t decide if it wants to be darkly satirical or merely cynical.

The original Kong was straight forward and wonderful because of it. Peter Jackson’s was overlong but seemed to at least have a purpose by the time it concluded. This is merely a mish-mash of worn out stories and attempted themes.

The comparisons it tries to draw to the Vietnam War end up dying on the surface. Packard’s want for revenge stemming from something much deeper than Kong is a strong direction to go in and at least gives him some depth. But the idea is fumbled around too often and made too obvious.

Other motivational directions are discovered and quickly discarded. Weaver’s anti-war stance never finds any layers, but they have her continuously pouring out unoriginal lines about it anyway. And John C. Reilly’s character, having not seen America since the time of World War II, could’ve had all types of exploration done on his character. But the need for exposition or quick beats steamrolls any chance of continuing down that path.

Everyone ends up with no more than a word or two to describe them, with Roberts never willing to take a trip down the rabbit hole with any of their histories. They’re instead assigned to one characteristic. And the mythos of the actual island was briefly divulged in a long scene of description, but not nearly as much as it could’ve been throughout the rest of the film.

It’s as if this whole film pokes at themes, characterization, and worldbuilding, but never explores any of them once it directs itself to such a route.

7. Tries to be way too many things it’s not 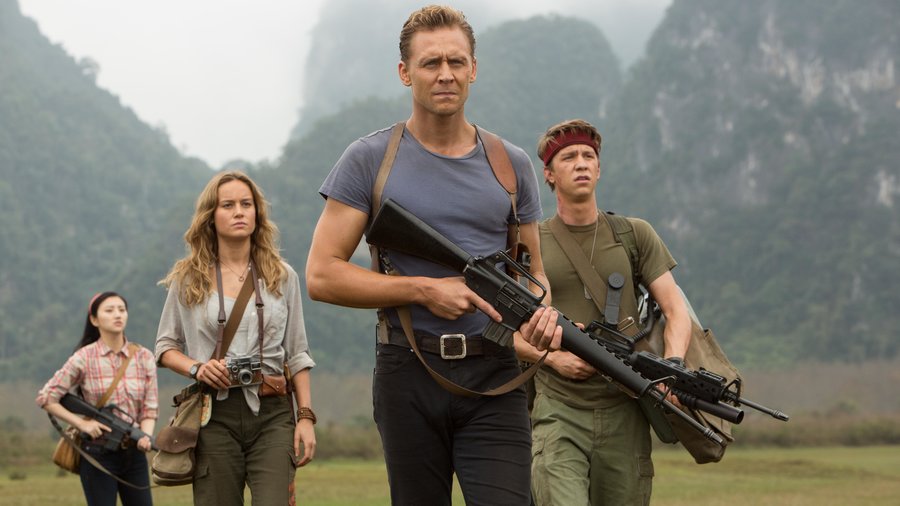 Yes, this is actually a different topic from the last. While going in too many directions implies the story itself tried to incorporate too many elements into a dumb action flick, this subject stems from tonal decisions and the film trying to be too much like other movies.

Skull Island’s stylistic choices and its overall look deserve a tip of the cap. But its homage of Apocalypse Now, while commendable, is also out of place. This isn’t a properly-timed and revealing war film about the emptiness of America’s intentions in Vietnam and our lack of values at home. This is a monster movie.

The only parallel aside from style is that it’s a Vietnam-time movie with American soldiers in it. They don’t even take enough time to fully hit on Packard’s insanity, a major theme for several characters in the 1979 masterpiece. It ends up leaving you wishing you were at home watching that movie instead.

Skull Island also tries to capture the same high-octane monster madness of Jurassic World. Even the deaths of Randa and Nieves seem very akin to ones in Jurassic World and The Lost World. But unlike Jurassic World (which wasn’t exactly a masterpiece itself), Skull Island has no lead (Chris Pratt) to lean on and can’t run at the same pace as the other.

It had more to establish than that movie because it was rebooting a franchise in a new way. But its attempt to soar straight on through made it an uneven film. One that wanted to be in the same mold as Jurassic World or Independence Day, but lacked the charisma to succeed—if only marginally—like those two blockbusters.

8. It takes the “fun” out of fun, dumb monster flick

There are a lot of perfectly capable monster movies that have little to no brains but pass on pure entertainment. If Kong: Skull Island could be trimmed down to the 20 minutes of helicopter destruction and monster fights, this film would do well for itself.

Unfortunately, there’s another hour and forty minutes that suck the life straight out of it. It’s hard to even remember much of the film aside from its peak in action. The discovery of the tribe and much of what follows is very monotoned storytelling.

And even some of the action scenes don’t stack up. Tom Hiddleston in a gas mask slicing up pterodactyls with a samurai seems ridiculous, sure. And being dumb and fun in this type of movie isn’t the worst thing that could happen. Godzilla could’ve used more of these sorts of scenes.

But the fact we not only don’t care about Hiddleston’s character but sort of despise him in some ways makes the moment devoid of a certain quality this kind of movie needs: personality.

9. Brings nothing new to the genre

The table is pretty bare when it comes to the creativity this movie has within the genre.

The whirlwind scene of Kong attacking helicopters is by far the most creative in the movie. A transition like a man falling into the mouth of the beast suddenly becoming another dude taking a bite out of sandwich would even please Spielberg. But I’m not talking about the camera work and editing.

Instead, we’re only mentioning how the film fits among other monster movies. It’s not working as an homage to older Kongs, we know that for sure. The monster has a new, bigger look. There’s far less drama within the action, and more horror elements. And biggest of all, the storyline is different from the other Kongs.

But that’s where the differentiating ends. Because if it isn’t comparable to another Kong, it is to other monster flicks. We all know having a big rumble in the jungle has been done countless times, whether involving the explorers of King Kong, mercenaries of Predator, and so on. Even Dead of Night was a Vietnam-era B-movie with a (zombie) monster.

Vogt-Roberts definitely has potential. The Kings of Summer is evident of that. And as stated before, this is both a beautiful film and one that flashes some brilliant camera and editing work. But simply sticking the film in the 1970’s doesn’t allow it to escape being too much like Godzilla and Jurassic World when it comes to structure.

10. Establishes no excitement for the future 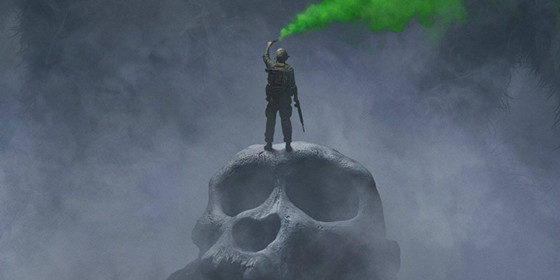 Kong: Skull Island deserves some recognition for making itself seem like it could play as a one-off film. But despite keeping the focus on this movie alone and not trying to put too many toes in the waters of the next MonsterVerse film, it doesn’t necessarily boost its outlook.

No one’s desperately waiting for Godzilla 2 now any more than they already were. And they’ll have to wait two years for that film, only to wait another year for Kong to fight him. Any anticipation from that after-credits scene will be a mute topic by then.

Sure, Universal has other monsters like The Mummy to go to, but more casual fans may get MonsterVerse and the Universal Monsters film series mixed up. Either way, they aren’t garnering a lot of anticipation for that film either, even with Tom Cruise involved.

Kong did even less than what Godzilla did for it. And the latter of the two barely surpassed the domestic totals of 22 Jump Street and Teenage Mutant Ninja Turtles. It was a good but not great draw with mixed audience reviews, and that’s exactly how Kong has been viewed.

Why the critics took it so easy on this film is another discussion. But it’s been out-grossed by a small-budget horror film and movies the weekend before and after its release. That goes to show that when this year is wrapped up, it’ll be lost in the shuffle.