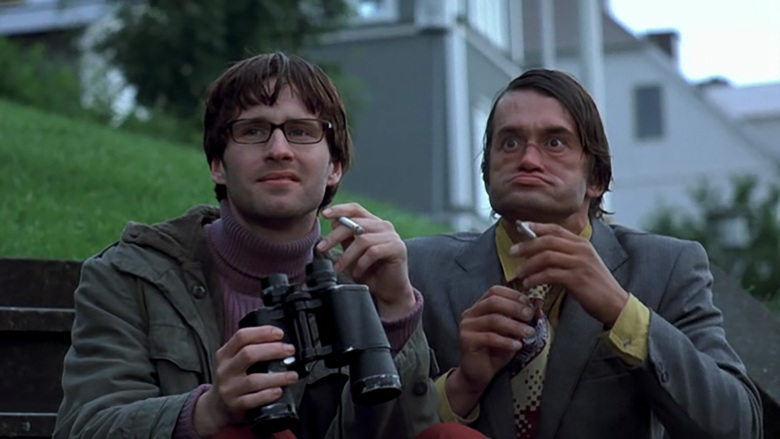 This Icelandic comedy is one of the more well known movies from the freezing country due to its absurdist humour that is strangely appealing and in some way relatable, which is what encouraged its large festival appearance. The plot follows Hlynur (Hilmir Snaer Gudnason), a good-for-nothing man who encourages his own unemployment and lack of ambition in order to stay in the cosy comforts of his mother’s home and spend his free time browsing through pornography and finding fun in little activities around the still city.

Not necessarily seeking a breath of fresh fiery air in the cold secluded town, he finds it in Lola (Victoria Abril), an energetic, older flamenco teacher who is staying at his mother’s house, with whom he has a drunken one night stand as he tries to win the woman over despite her lack of interest. Soon after the affair however, absurdity begins to take place as Hlynur’s mother Berglind (Hanna Maria Karlsdottir) informs him of two shocking facts: firstly, that Lola is her lesbian lover, and secondly that Lola is in fact pregnant – creating a heart-warming familial drama as well as an awkward love triangle. 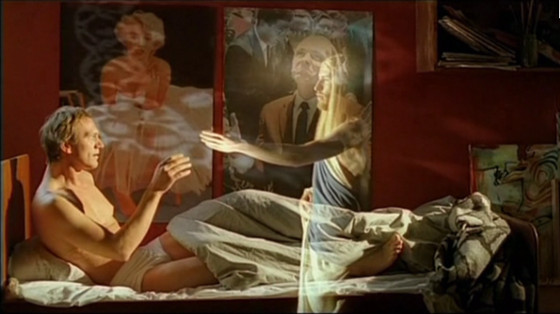 In the biopic Angels of the Universe Fridriksson follows the young artist Pall (Ingvar Eggert Sigurdsson) who falls into depression after the tearing breakup with his girlfriend. When his mood swings and aggressive behaviours become too much for his parents, they come to a decision to send him to a mental institution that they hope will be good for his mental health.

The institution introduces Pall to several strange yet interesting personas including Viktor (Bjorn Jorundur Fridbjornsson) who solidly believes himself to be Hitler, Oli (Baltasar Kormakur) who has claimed himself a composer for the Beatles and Peter (Hilmir Snaer Gudnason) whose drug abuse has caused him to go off the rails.

The four become friends, and on their allowed leave for the night, after dining at an expensive restaurant and then declaring that they have no money to pay the bill, the men humorously begin their run from the police in a tragically humorous manner.

In Jar City Kormakur turns the unforgettable vast views into a haunting and dangerous environment that is the setting for the thriller. After being called to a murder, Inspector Erlendur (Ingvar Eggert Sigurdsson) discovers that the seemingly unimportant murder of a suspected paedophile brings him back in time to a 30 year old investigation into a rape case. Following several clues, Erlendur desperately goes around the chilling land to lonely houses the residents of which may give him some answers.

On a parallel stream flows the story of Orn (Atli Rafn Sigurdsson) who like Erlendur is also investigating yet in a slightly different manner as the scientist tries to understand his dead daughter’s genetic brain disease that is the cause of her passing, as he contracts tests in his high-tech secret laboratory. As the two men discover answers of their own the stories slowly merge together to reveal many unexpected plot twists, never giving in to audience expectations. 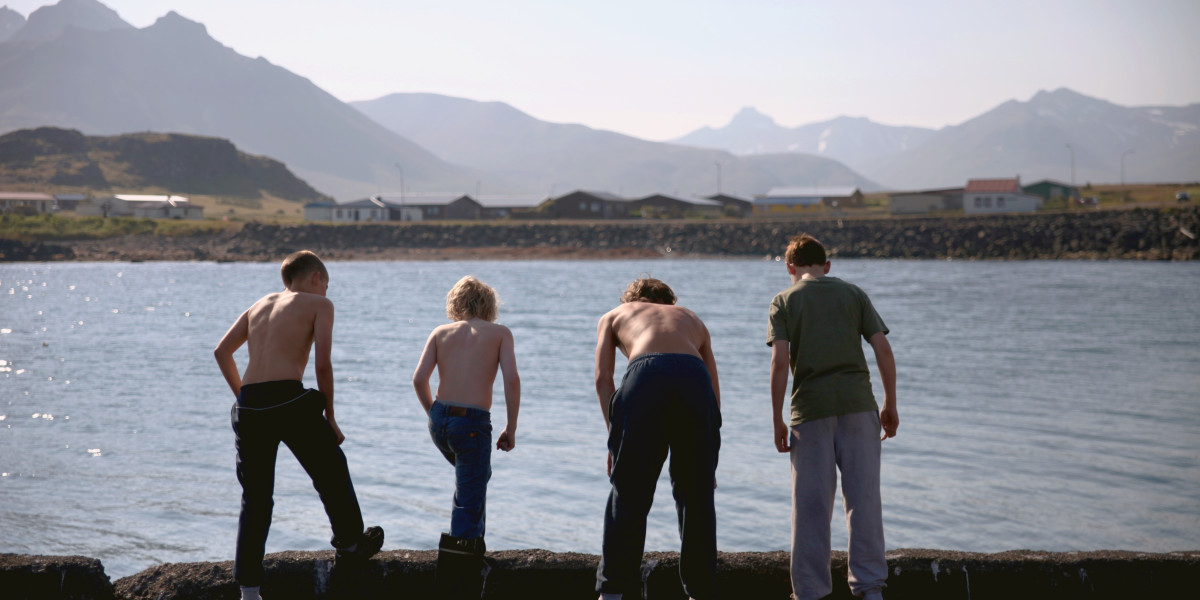 Heartstone is a beautiful coming-of-age first feature drama of Gudmundsson. The story is set in the wide countryside on the coast of Iceland in a rural village that is too small of a world for the two young teens Thor (Baldur Einarsson) and Krisjan (Blaer Hinriksson). Despite the peacefullness of their surroundings, the human environment the boys live in is harsh and unpleasant, as they battle against their familial problems of alcoholic fathers and single mothers as well as bullying and judgemental siblings and friends that threaten their growing minds.

The plot follows the friendship, as the boys experience love, happiness and tragedy together, as well as the maturing adolescent in them opening up to experience and experiment with their sexual desires. Although Thor remains clueless for a long time, the audience slowly yet gradually pick up on Krisjan’s clashing feelings for Thor as he goes around in agony trying to suffocate his romantic feelings for his childhood friend.

The heart wrenching feelings are so intensely and intimately portrayed by the young actors as they realise their coming-of-age hardships are in fact very different putting Thor in the challenging position of accepting his friend in this new light, or to leave him suffering in his shell that is falling apart, leaving him to fend for himself alone.

The touching friendship will take to everyone’s hearts, addressing the all-too-relatable hardships of growing up and being accepted into an environment of judgement and rejection. 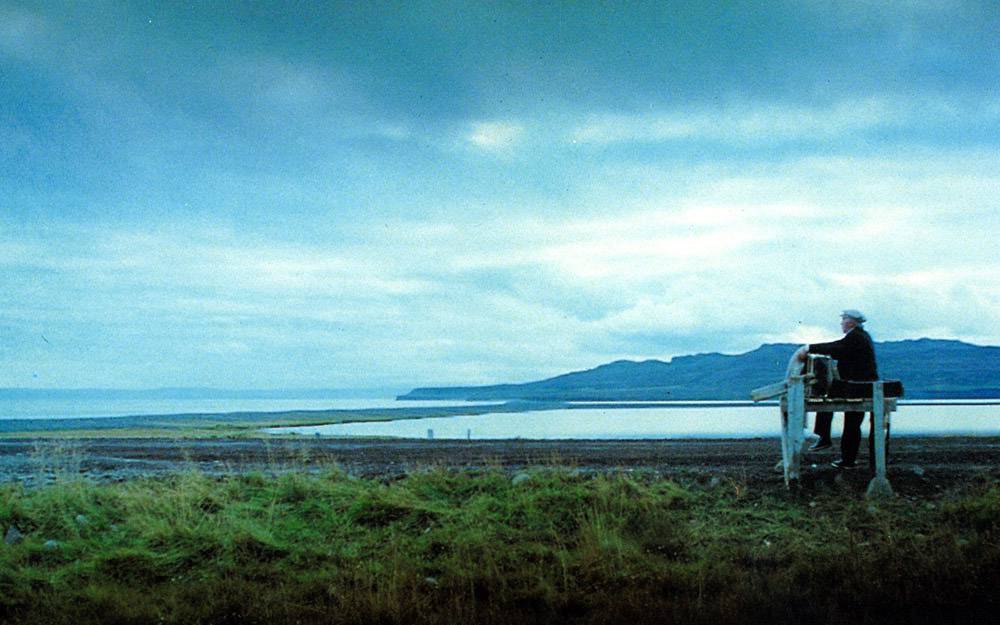 Children of Nature is the only Oscar nomination from Iceland until today, and therefore is one of the more internationally known Icelandic movies. Fridriksson chooses to address the heavy theme of death in its inevitability, playing with a somewhat light-hearted tone. The movie is a thought provoking drama that introduces two not ordinary characters with non-conventional mind sets that become an embodiment of a beautiful metaphor and story on life and death.

The story follows the old man Geirri (Gisli Halldorsson) who after giving up his farm submits to being put in a retirement home as the inescapable last step to his life. However, his inner rebellious spark never quite fades away as his meeting with Stella (Sigridur Hagalin Engeler), a neighbour at the home, forces the two to connect in their views on death causing them to embark on a wild adventure as they escape from the home, and drive away on a stolen car towards the beautiful north of the country, that looks and feels like an afterlife paradise.