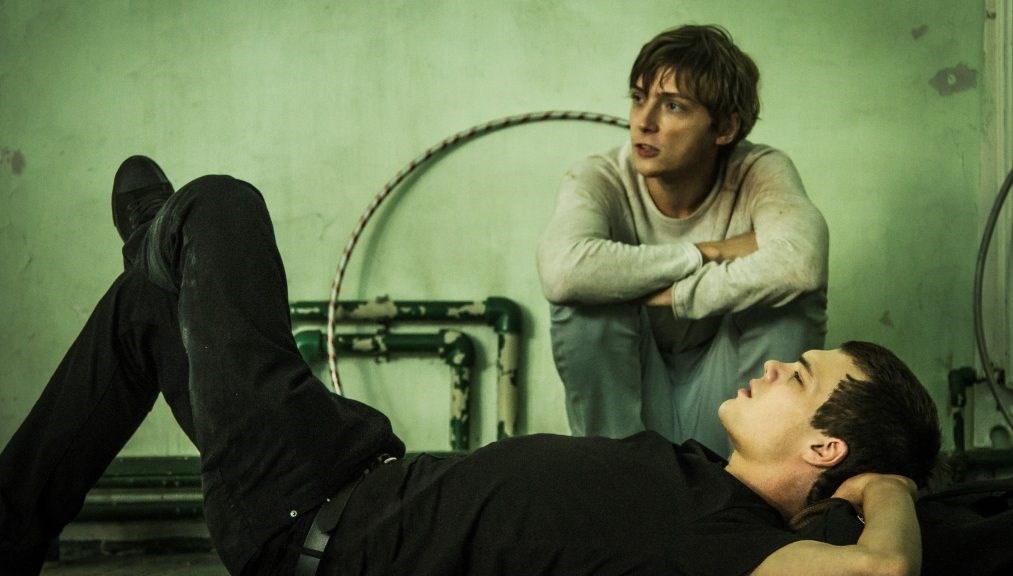 In the age where atheism and agnosticism are on the rise, it is a surprise to find yourself looking at a character of a student who is rebelling against the system by doing the exact opposite.

The Student focuses on several bigger issues regarding religion, politics as well as any other themes that come up from the deep character analysis of the student and protagonist Venya (Pyotr Skvortsov) who takes it upon himself to promote his self-taught conservative Christian agenda. His protests stream all the way from explosive tantrums against both teachers and mother to wearing a gorilla suit to class.

Venya makes it his job to advocate Christianity to every non-believer, going against his biology teacher in the question of creation, his female class-mates for wearing two piece swimsuits and his mother for sinfully divorcing her husband. The whole picture making us think about the truthfulness of his beliefs or whether they are simply a test he brings forward to test and push the set out boundaries and limits. 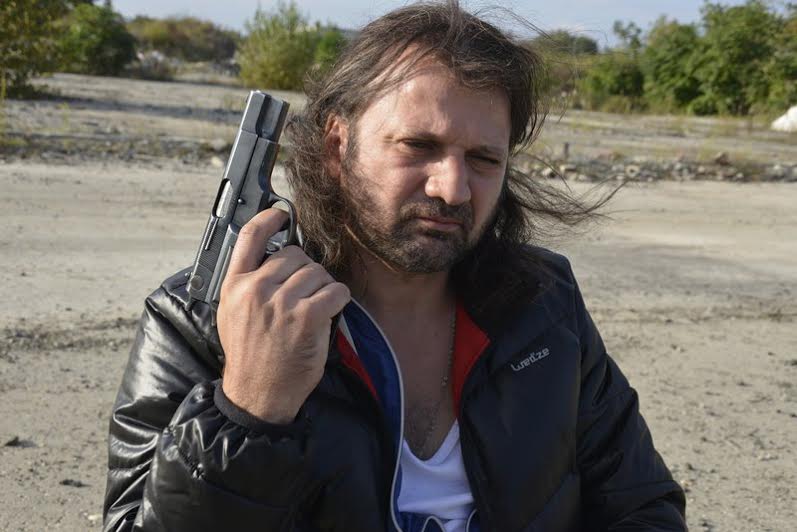 Hungarian director Attila Till bravely creates a story focusing on under represented personages and their underestimated abilities. His two protagonists are Zoli (Zoltan Fenyvesi) and Barba (Adam Fekete), two youths that share a room at a special care facility for handicapped as they spend their days in wheelchairs as their situation inspires them to write a novel about a handicapped ex-fireman that is the beginning of the blurred line between their fiction and reality.

Their protagonist is Rupaszov (Szabolcs Thuroczy) who was left in a wheelchair after an accident on the job. This leads him to become successful hitman for an evil and violent crime lord that takes him on a dangerous adventure.

Rupaszov creates opportunities for the young boys to join him in the work as they take on and take out dangerous and highly protected targets, their disability being only a bonus to protect their innocence as they become a highly sufficient and dynamic team, changing the audience’s views on the abilities of those that seemed to have less. 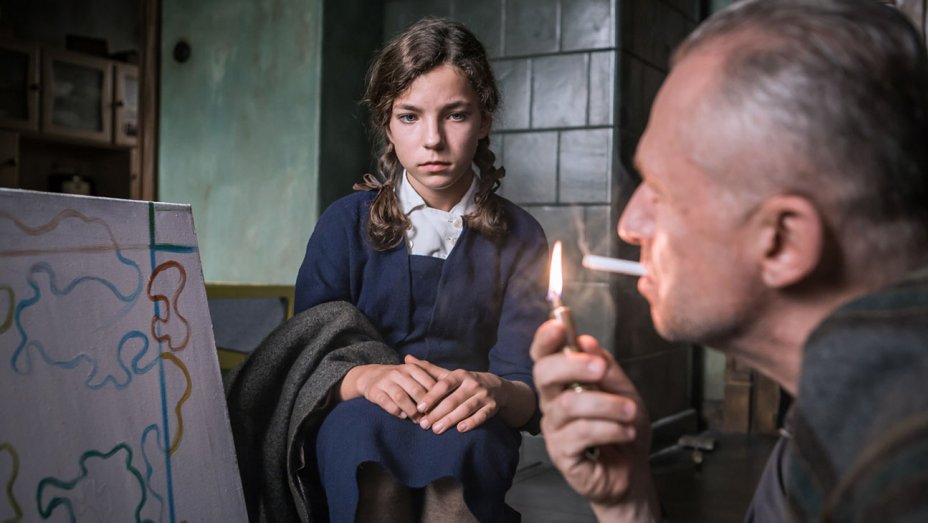 Afterimage is a visually stunning biopic about an artist, Wladyslaw Strzeminski (Boguslaw Linda), who although may not be a very familiar name for the rest of the world, was one of the most historically important artists for Poland.

The story wonderfully takes focus of his life and himself rather than his artistic celebrations. This doesn’t take the focus away from his work, but in fact highlights the mind behind it as Strzeminski was highly influenced by the politics of the times and the two World Wars, as he refuses to give in to the Socialist Realist art during the late period Stalin’s rule.

Wajda plunges us through the tragic consequences of his artistic rebellion that causes him to not only lose his position at his co-funded arts school, but to have his best pieces of work taken down from the Lodz Museum of Art, as he drowns under the bureaucracy of the government leaving him with nothing. 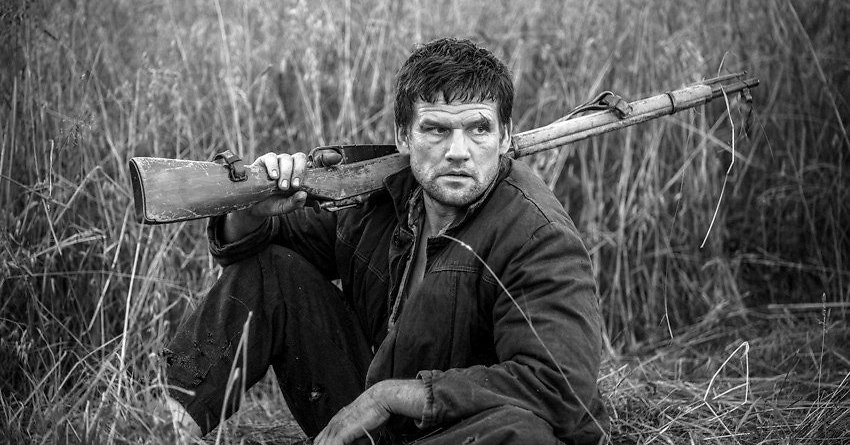 In Dawn Pakalnina takes on the challenge to finish an unfinished project of Sergei Eisentsein himself in a black and white homage to Soviet cinema. The plot once again brings back the rumours regarding the death of Pavlik Morozov, a Pioneer who was killed by his family in 1932 after he told on his anti-Communist father and was consequently given a martyr-like status. Despite the events proving to be false, it was an artistic inspiration for many Soviet artists.

Pakalnina sets her piece on a collectivised farm ‘Dawn’ somewhere in Soviet-Latvia, where her protagonist Janis (Antons Georgs Grauds), like Morozov, is a Young Pioneer.

Janis, like all Pioneers is brainwashed with the dream of utopian Communism, and therefore has no hesitations to give in his violent and drunken father (Vilis Daudzis) to the authorities and finding a parent figure in the farm’s owner Karlis (Wiktor Zborowski). However, karma strikes him back as he is forced to suffer the terrible consequences, without ever giving up on the utopian dream. 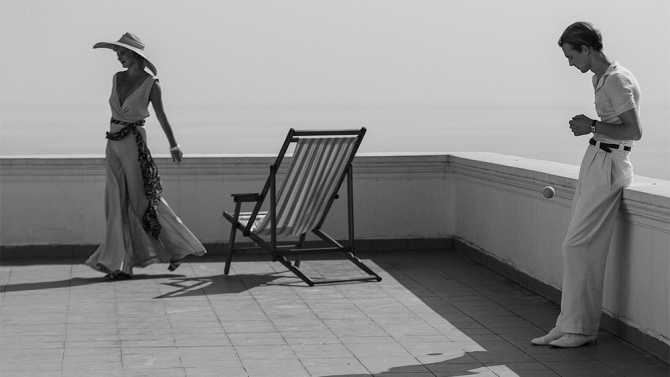 The title of the film, Paradise, could not be a bigger juxtaposition to the dark World War II theme of Konchalovsky’s latest feature. Russia is very well known for its love of creating post war dramas in order to capture the pain and suffering the country and its people underwent. Despite the recurrence of the theme, particularly in regards to concentration camps, Konchalovsky uses such a new and interesting cinematic take on the subject making Paradise a beautifully unique concept and drama.

The story is centred around a prisoner at a concentration camp Olga (Julia Vysotskaya) and a young SS officer Helmut (Christian Claus), cut up by confessions of the characters as the plot progresses, in a documentary like style, the true purpose of which becomes evident only at the end.

After being caught hiding two Jewish children by the Gestapo, Olga hopes to strike a life-saving deal with the officer in charge; but his suddent dissapearance takes her to one of the most violent camps where her death is imminent. Her meeting with Helmut, however, causes the two to embark on a dangerous romance that changes their perspective of themselves and on the War.