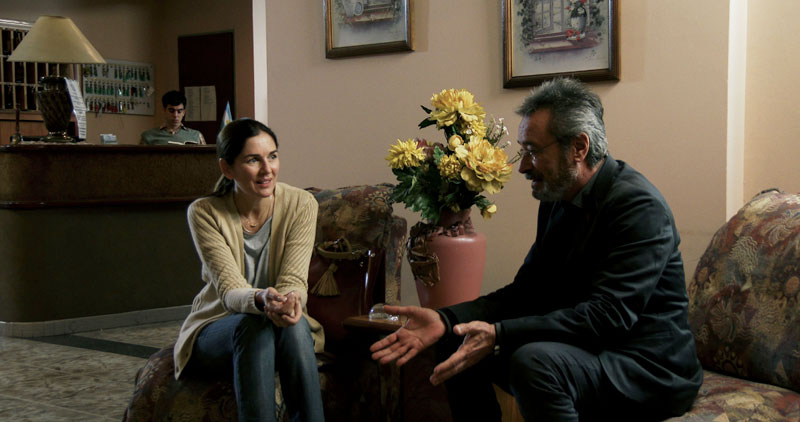 Following the story of an Argentinian writer who won the Nobel Prize for Literature and who, after living in Europe for decades, returns to his hometown, “The Distinguished Citizen” is a film that should definitely be watched.

The relationship between this writer with the people from his hometown is something very complex. While some of them look up to him, others are hurt for the way he portrayed his hometown and some of the people who live there in his novels.

With a good comedic approach and great writing, though being a little bit too simple visually, “The Distinguished Citizen” is one of the best Argentinian movies of the decade and should without a doubt be checked out.

Woody Allen is normally remembered for the way he writes, but this film is also one of the most visually interesting ones made by the director in the last couple of decades.

With a great cast, “Celebrity” follows the story of Lee Simon (Kenneth Branagh), a novelist who works as a travel writer (and hates his job), who tells his wife Robin Simon (Judy Davis) that he wants a divorce. When he gets a job working for an entertainment magazine, a job that includes interviewing celebrities, he can’t imagine how much his life will change.

This is definitely a mandatory film for anyone interested in celebrity culture and one of the most intriguing scripts written by Allen in the last decades. With great performances by Kenneth Branagh, Winona Ryder, Judy Davis and Leonardo DiCaprio, “Celebrity” is a very underrated film in the career of Allen, but is truly an indispensable one.

Following the story of a pop singer who quits her music job to pursuit a career as an actress, her reality is put in check when she realizes she is being stalked by a fan and (apparently) by a ghost of her past.

With great touches of mystery and horror allied with a great screenplay by Sadayuki Murai, based on Yoshikazu Takeuchi’s novel “Perfect Blue: Complete Metamorphosis,” this film has an amazing approach on celebrity culture and is definitely a highlight when talking about movies from the 90s.

Although very economic in its movements, they’re so precise and this film is so visually interesting in its concepts and expressions. Allied with the superb voice work, we are able to follow this intriguing and disturbing story completely involved with its narrative.

“Perfect Blue” is definitely a masterpiece by Kon that should without a doubt be watched by any cinephile.

One of the greatest stories about show business ever recorded on film, “All About Eve” has marvelous performances by Bette Davis and Anne Baxter and is one of the best American films from the 1950s.

Following the story of Eve (Baxter), a young woman who, with concealed intentions, becomes friends with Margo Channing (Davis), a very famous Broadway star, “All About Eve” is a mandatory movie about celebrity culture.

Approaching Channing with a plan of becoming famous herself, this is a movie about stardom and how intricate relations can be in show business (just take a look at the amazing ending).

One of the best Hollywood stories in the history of film.

Directed by Billy Wilder and co-written with Charles Brackett, “Sunset Boulevard” stars Gloria Swanson, William Holden and Erich von Stroheim – who you might remember for directing the masterpiece “Greed” (1924).

In this film, well… in this masterpiece directed by Wilder, a screenwriter named Joe Gillis (Holden) needs to rewrite a script for Norma Desmond (Gloria Swanson), a faded silent film star. From that moment on, they will develop a very dangerous relationship.

The way the script is able to develop such complex relationships between the characters while approaching a mysterious story and delivering a reflection about celebrities and show business makes “Sunset Boulevard” a masterpiece definitely worth watching.

And let us not forget one of the most iconic lines in cinema history, said by Gloria Swanson as Norma Desmond: “I am big. It’s the pictures that got small.”