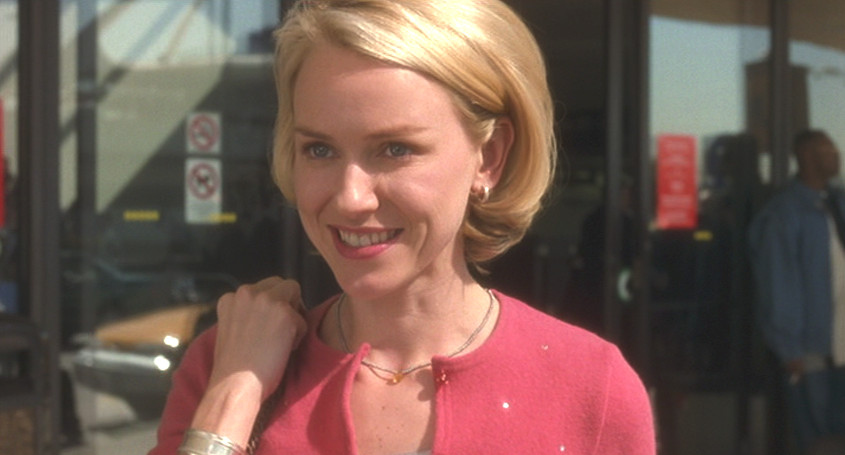 Watts is one of the more prominent actresses in Hollywood today. Rather than exploit her looks to gain roles, Watts is a smart performer who deserves the praise she receives.

Despite the film industry still being regrettably male-orientated, Watts has managed to circumvent this unfair configuration by starring in a number of acclaimed films. Her performances have justified the amount of faith producers and directors have invested in her.

Watts’s greatest contribution so far has been in David Lynch’s disturbing picture of Hollywood life in Mulholland Drive (2001). Watts features as a naïve, industrious girl wanting to find her way in the film business. Her multifaceted performance; namely in the fact of her shift from innocence to crazed horror, which of course was enhanced by Lynch’s idiosyncratic direction. Watts’s performance, in all of its nuance, permitted Lynch to make available a number of different readings of the film.

Gibson, due to some unruly public indiscretions has been largely absent from the cinematic landscape for the better part of a decade. Only now, with his performance in Blood Father (2016) and his very own Hackshaw Ridge (2016), has marked Gibson’s re-entry into mainstream cinema.

Many people are ambivalent on whether to accept his apologies for the things he has said, but his angry yet entertaining appearance as Link in Blood Brother, as well as the universal acclaim Hackshaw Ridge has received all but confirms that we have missed Gibson’s gift.

If Gibson’s career prior to his disappearance from Hollywood was any indicator, we are in for continued entertainment and cinematic absorption. Gibson broke out in George Miller’s seminal Mad Max (1978), playing Max Rockatansky, a cop patrolling the apocalyptic streets of a deserted Australia.

Gibson’s grittiness and ragged depiction of the besieged cop launched his career, but it also is one the highlights of a great career. Gibson continued to play Max in two subsequent films, and recently Miller rebooted the series with Tom Hardy in the titular role.

As is the trend for Australian actors, after making a name in the Mad Max films and Gallipoli (1981), Gibson successfully tried his hand in Hollywood. Gibson continued playing masculine characters, but showed his aptitude for comedy in Lethal Weapon (1989) and his theatrical sensibilities as Hamlet (1991). Moreover, Gibson directed himself in Braveheart (1995), a natural successor to his role as Max.

Jackman is surely one of the most publicly touted actors that hails from Australia. And he does not hide his nationality, often discussing it in public appearances, as well as performing in Baz Luhrmann’s Australia (2008). Jackman is an extremely talented performer, who has an irrepressible flair for singing, dancing, comedy and of course, acting.

Jackman was plucked from relative obscurity to play the role of Wolverine in the popular X-Men (2000). As far as superhero performances go, Jackman’s turn as Wolverine has been memorable; combining offhanded comedy and real fearful intensity. However, Jackman has received the most acclaim for roles in dramatic films, including The Prestige (2006), The Fountain (2006) and Prisoners (2013).

Jackman, in these respective roles, transcended the popularity that surrounded his name to absorb himself completely and utterly in the constructed world of the films. For example, Jackman’s bearded Keller Dover in Prisoners was antithetical to Jackman’s public appearance, as he transformed himself into an obsessively grieving father. Jackman’s versatility is definitely his greatest asset as an actor.

It is fair to say that Guy Pearce is one the most underrated actors in Hollywood. For the past twenty years, Pearce has not failed once to deliver a great performance. It is pleasing, in the least, that Australia still has a place for him in their cinematic pursuits.

Pearce is always a solid performer, imbuing the films in which he features with an important modesty and respect for the medium. Like many other Australians, Pearce started in the soap-opera television show, Neighbours (1986).

Quickly he moved onto much better things, appearing in the Australian classic The Adventures of Priscilla, Queen of the Desert (1994). In LA Confidential (1997), Pearce played a suspicious, grounded detective in the neo-noir drama. Despite the grandiosity of his co-stars, Russell Crowe and James Cromwell, Pearce remains an important presence in the film.

Moreover, Pearce had a big hand in making Christopher Nolan’s psychological thriller, Memento (2000), the success that it was. Pearce’s Leonard is a withdrawn, manipulated figure. Pearce ensures that his character’s silent aura of psychological instability comes through constantly in the film; by maintaining a taut facial expression and a disassociated posture.

Pearce has largely disappeared from Hollywood, but will continue to thrive in Australian produced films. Pearce has been immense in Animal Kingdom (2010), The Rover (2014) and The Proposition (2005).

The type of roles that Geoffrey Rush has completely owned have been in opposition to the likes of the roles in which Jackman, Bana and Crowe have thrived. In this sense, Rush can be viewed as a commodity in the film industry; playing both to type and also defining the type in which he usually finds himself.

As one could expect, Rush’s career began and prospered in the theatre. His presence in the film industry did not come until he was an experienced thespian. The teaching and conventions of the theatre are certainly a prominent feature in his acting; especially in his breakout role as the pianist David Helfgott in Shine (1996). In that performance, Rush’s depiction of an endearing autistic pianist is both larger than life, but also touchingly human.

Despite starting later than most, Rush’s career did not suffer. Rather, it could be said with great conviction that it took off after Shine. Rush featured in the Pirates of the Caribbean, and again graced us with an emotive and evocative turn as Lionel Logue in The King’s Speech (2010).

Cate Blanchett has established herself as one of the most in demand actresses in the world; as she has appeared in Woody Allen, Terrence Malick, Peter Jackson, David Fincher, Martin Scorsese, Steven Spielberg and Ridley Scott films. In the majority of these performances, and in the remainder of her performances, Blanchett has stood out with her pedantic sense of style and her understanding of female characters.

Blanchett certainly has a definable comfort zone- as an intelligent, elegant, educated, alluring and morally complicated woman. Never do we feel that she takes this for granted by relaxing into a performance. Instead, every Blanchett film has sense of novelty and meticulousness.

It must be said, though, that Blanchett is best when she is pushing at the seams of her ‘standard’ kind of role. In Scorsese’s The Aviator (2004) Blanchett completely steals the show from Leonardo DiCaprio; as the quirky, confident and glowing Katherine Hepburn.

We all know too well that Heath was taken from us much too early. It is now left to us to imagine the heights that he could have reached throughout the span of an ordinary life. We must all remember, despite his untimely and premature passing, Heath’s had almost unprecedented success as an Australian in Hollywood.

Ledger spent little time on Australian screens before making the jump to Hollywood, where he appeared in teen films such as 10 Things I Hate About You (1999). Even though such films lacked substance, Heath managed to convey to us his talents by standing out amongst his co-stars in every scene. After featuring in a few big budget Hollywood pictures (A Knight’s Tale (2001)), Heath elected to take part in Ang Lee’s Brokeback Mountain (2005).

This was Heath’s first real time to fully exhibit his considerable acting talent. Unromanticised, unlike in other past performances, Ledger’s Ennis was a multifaceted, emotionally suppressed homosexual male. His chemistry with Jake Gyllenhaal always remained naturalistic, conveying the love that the true men shared. In a similar way, the grounded tone of Ledger’s performance gave us nowhere to avert our gaze except to the fact that homosexual males have been wrongly mistreated and condemned in our society.

Heath’s second last performance, and his most popularised one, was of course as The Joker in Nolan’s The Dark Knight (2008). Heath had always been a dedicated, diligent performer, but his preparation and ingratiation into the role as The Joker took that to almost unsurpassed levels. Needless to say, his expansive, unpredictable and provocative performance drew unanimous applause.

Originally a New Zealander, Australia has avowedly claimed Russell Crowe. And it is not surprising why. Crowe is the envy of most men- tall, handsome and physically imposing. All these characteristics he uses in his crafting of a performance, showing us that he is a thoughtful actor.

Crowe first started out in Proof (1991) and Romper Stomper (1992). Romper Stomper was arguably a dangerous career move, as Crowe played an unhinged neo-nazi. Despite the obvious unattractiveness of such a character, Crowe did not hold back in playing Hando with an intense truthfulness. In the end, the decision would have advanced his career.

Although Crowe is greatly well-known for his hyper-masculine roles in Gladiator (2000), LA Confidential (1997) and 3:10 to Yuma (2007), Crowe’s dalliances in A Beautiful Mind (2001), The Insider (1999) and American Gangster (2007) have proven that Crowe has the versatility to play cerebral, psychologically complex male characters. Crowe’s body of work, combined with the fact that he has been the star of many of his films position him as the best Australian actor ever.