Taste of Cinema - Movie Reviews and Classic Movie Lists > Lists > Other Lists > The Osterberg Weekend: The Cinematic Appearances of Iggy Pop and His Music

The ‘Pistol’s lead singer Johnny Lydon (or Rotten if you’re bent that way) talks shit about McClaren from the front to back covers of his 1996 autobiography, No Blacks, Dogs, Irish. Which demonstrates in a backhanded way that whether Lydon appreciates it or not, he is very aware of how important McClaren was to his recording career.

But what’s Lydon bitching about, really? Pop wrote the punk book that nobody read the first go ’round. McClaren ripped the cover off said book, scribbled out Pop’s name, wrote his own name in its place, made it a best seller, and at the end of the whole sorry mess, a glorified mannequin who was promoted to bass player only after the ‘Pistols only studio album was already recorded becomes the most famous punk rocker in history.

In large part, because Sid (Queen lead singer Freddy Mercury once mockingly called Vicious “Simon Ferocious” ) Vicious killed his groupie girlfriend and overdosed decades before all his lucrative mystique could dry up and blow away in the arid, overfamiliar environs of Reddit and Twitter.

For that reason, it’s fitting that in one of Pop’s greatest film cameos, he spends about a whole second-and-a-half on a stairway landing, just wordlessly smirking upward at Gary Oldman’s dope sick Vicious while the world’s favorite “punk rocker” looks for a legendary bohemian toilet to puke in. 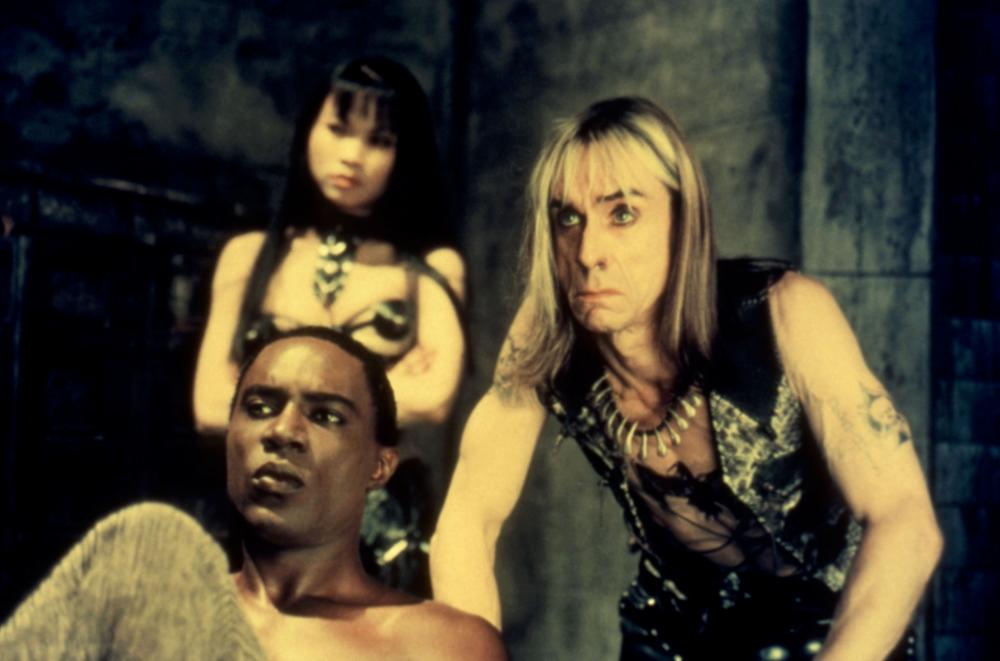 In an interview he gave just prior to this film’s release, Iggy super fan and veteran music video Director Tim Pope stated that he agreed to direct the film primarily in the hope that he could finally make the Stooges 1969 proto-punk anthem “I Wanna Be Your Dog” a Top 40 single. The gambit didn’t work and neither does this movie.’City of Angels is an uneven sequel to an equally uneven original.

That being said, you gotta admire Pope’s chutzpah, as well as his willingness to give Pop the most screen time he had prior to his starring role in this year’s Blood Orange. 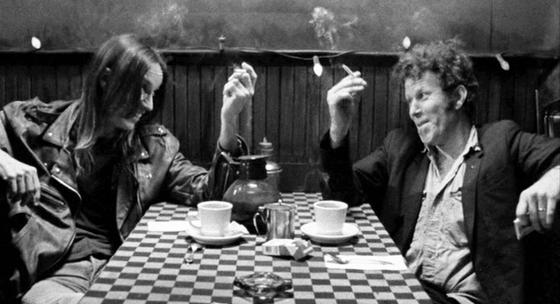 Originally a one off film, songwriter Marshall Crenshaw’s 1995 music and film compendium “Hollywood Rock” lists Tom Waits and Iggy as the only cast members of a 1986 short film by Jarmusch entitled “Coffee and Cigarettes.”

This “My Dinner With Andre” inspired vignette features Iggy doing what he does best (besides prostrating himself shirtless on a club stage and howling about TV Eye’s and Passengers)-talking shit. 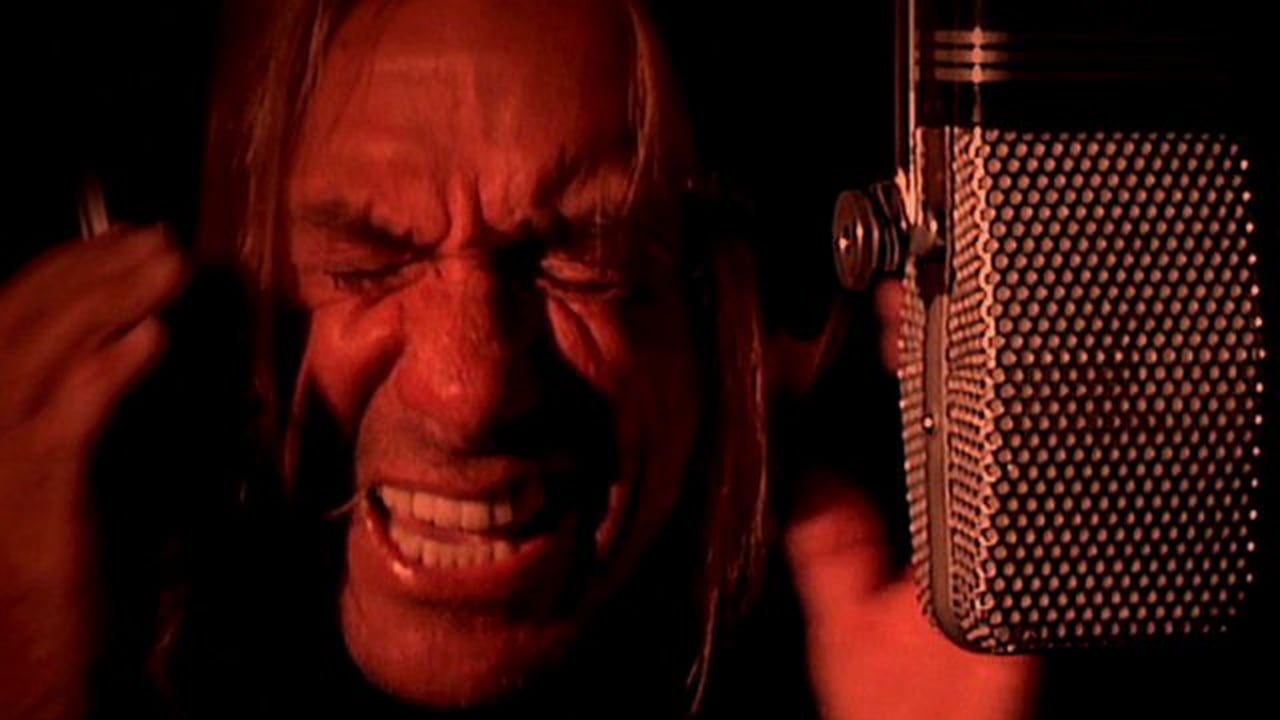 Once again, Iggy has no screen time in the film but his DJ character “Angry Bob” serves as a sort of Greek chorus in the same way that Cleavon Little’s DJ character in Vanishing Point, Sam Jackson’s “Señor Luv Daddy”in Do the Right Thing, Lynne Thigpen’s DJ character in Walter Hill’s The Warriors, etc.

Sheee-it, James Earl Jones appears only as a voice in the Star Wars films and Pop’s “Angry Bob” gives Ol’ smooth, silky, Sith-y JEJ a run for his voice over money as he sits in a future dystopia Los Angeles radio studio playing Motörhead and Ministry records and waxing poetic about his “industrial dick” and a post climate change sunset that is “a work of art-Nature never knew colors like that.” 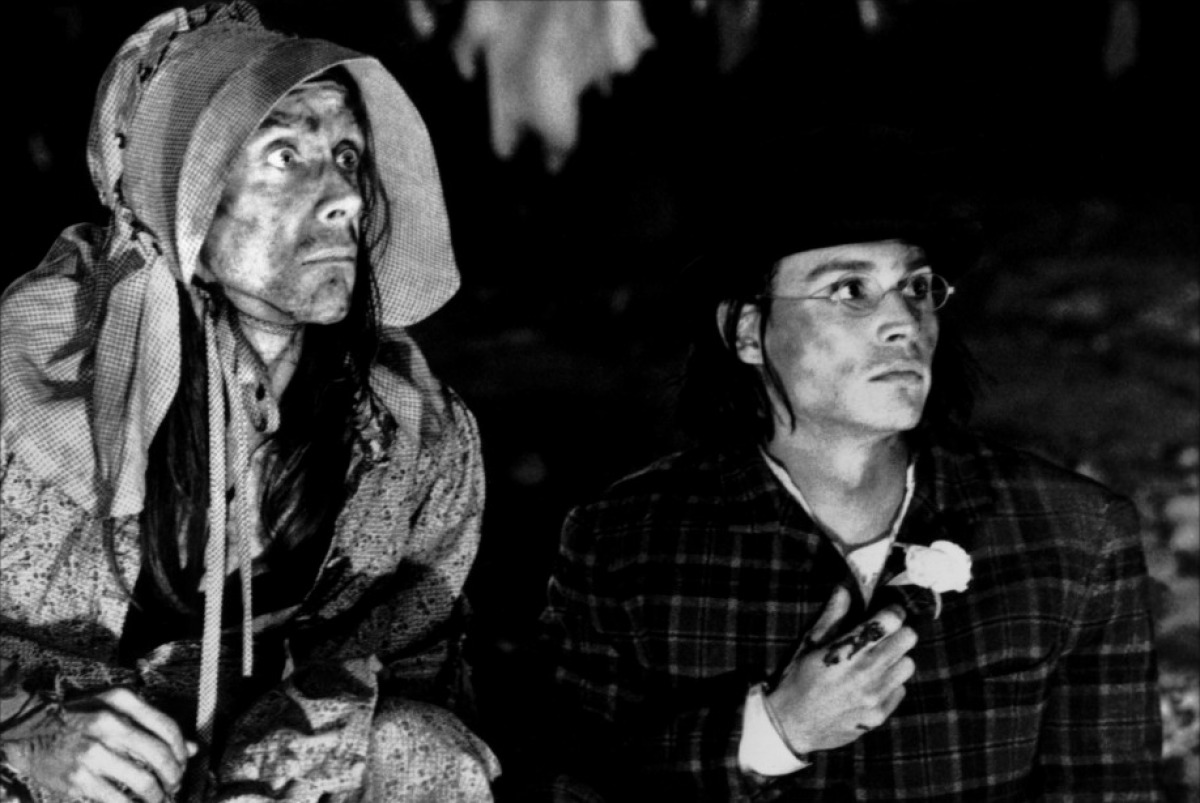 *Side note on character names-George Drakoulias is a music producer who has been lyrically name checked on the Beastie Boy’s Citizen Kane of beat larceny, Paul’s Boutique, and Benmont Tench is the name of Tom Petty’s long time keyboardist.

Jarmusch has always had a hard on for casting musicians in his films, Joe Strummer, Screamin’ Jay Hawkins and a few choice Wu Tang-ers have all cast their shadows across Jarmusch’s deliberately paced oeuvre.

A true gender bender since long before Bruce Jenner was just another butch athlete on the front of a Wheaties box. Pop makes the cross dressing murder/rapist/bean chef not just funny, but also likable.

“I still say you make a helluva plate of beans, Sally.”