Kevin Smith became something of a legend after he maxed out a series of credit cards and shot his ultra low budget film at night and worked in the same place (a convenience store) during the day.

What he made was a truthful cinematic landmark – a self produced creation that became a major hit and cult classic. What we are treated to is a day in the life of two slackers debating their existence and position in life.

With plenty of arguments over Star Wars and sex – the core of the film is validation; two young adults trying to find their way in the world, whether they will admit to their fears or not.

And one of them wasn’t even supposed to be there that day (lucky for him the long stream of impressively effortless conversation was just what he needed). A sequel checked in with their lives in 2006 and another is set to complete the series in the coming year.

Based on Hamlet, this is possibly the best loved Disney flick of all time. It took the box office and nineties homes by storm. Every kid had Lion King toys and computer games and bed sheets and so on. It was a fun romp with instantly classic songs like “Hakuna Matata” and “I Just Can’t Wait to Be King.”

Underneath all the fun is a heart wrenching story about death, parental influence, and growing up with grief. We all know little Simba is set to be king of the Pridelands and gets that chance when his Father is killed in a wildebeest stampede.

Instead, he runs away blaming himself for the death. Luckily his newfound friends show him a carefree lifestyle and help him move past all the sadness.

The past however, always has a way of returning – both in the shape of a former love and a former enemy. The young lion grows (in a memorable log walking montage) and must face responsibilities of adulthood. An emotional Disney wonder to behold for anyone of any age – the waterworks never fail to flow! 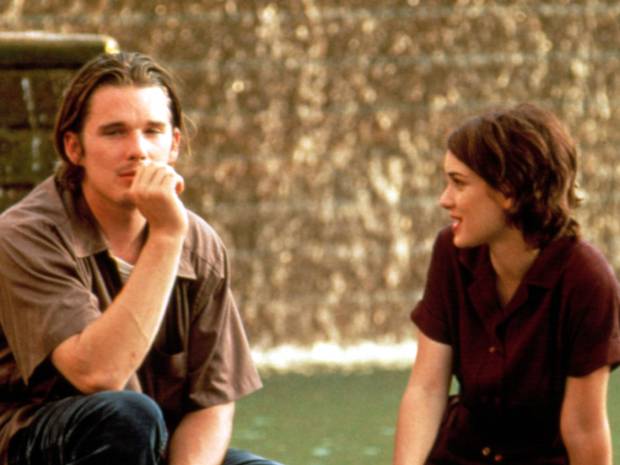 Ben Stiller was fresh off a legendary self titled one season comedy sketch show when he turned his attention to movie making. He made his directorial debut by banding together some of the best loved Gen Xers like Ethan Hawke, Winona Ryder, Steve Zahn, and Janeane Garofalo.

Together, these recent college grads struggle to keep themselves afloat as they search for jobs in their field while trying to hold tight to long shot dreams like filmmaking and writing.

Money, groceries, and their own relationships might just stand in the way. A great companion piece to Singles, this glimpse into young adult twenties life feels fresh and hip with the times it was made.

The feelings of confusion and the importance of silly dreams still remain true. Plus Stiller’s out of touch character truly displays the differences age and time plays no matter the era. Oh, and who can forget the “My Sharona” dance scene!

Before Peter Jackson dedicated his life to capturing Middle Earth, he made small low key dramas and horror films. Here, he blends both worlds together by retelling a true story that involved two teenage girls and a grisly murder.

When they meet, sparks fly and an implied lesbian relationship takes hold as the girls explore and escape an imaginary world they create to keep them sane.

It does anything but – encouraging them to kill one’s Mother who desperately tries to end the relationship. While it works as a thriller, the film is also a great exploration of the role friendship (and sexual awakenings) can play during a rocky adolescence. The two lead actresses flawlessly fit the New Zealand characters.

What doesn’t this guy achieve in his lifetime? A controversial pick no doubt, Forrest Gump follows the title character on his journey through life – taking him through war, Watergate, and dozens of historical events. All he wants is love from his beloved best friend Jenny.

It’s a long life, but there are major portions here that focus solely and beautifully on young adult hood. We see little Forrest get his legs confined to braces, kicked out of school for having a low IQ, and meet the love of his life at a young age. Unwittingly, he inspires Elvis’ dance moves and becomes a superstar College football player.

A fresh take on these types of stories – Forrest Gump pushes through conventions, placing him in familiar situations like first sexual encounters and changing the outcome thanks to his simple point of view.

The story goes on but the pivotal period of growing up with his Mama in Alabama shapes the entire movie and his life, much like all of our childhood’s do too. 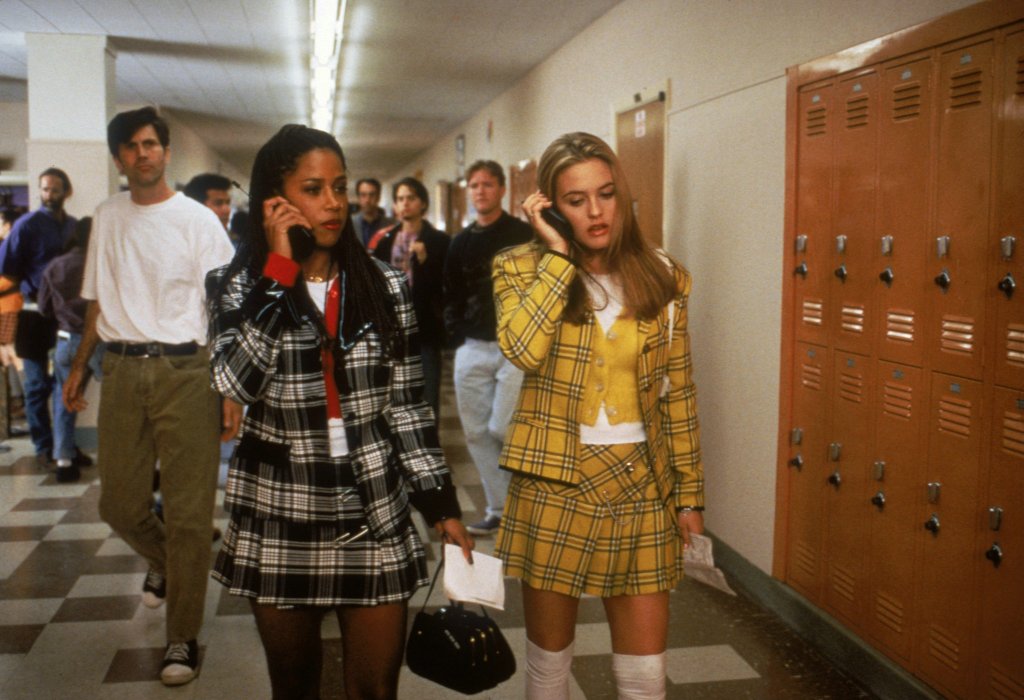 Alicia Silverstone was born to play shallow rich girl Cher – who gives hilarious reports on how the news inspires violence and quotes “finding love in high school is like searching for meaning in a Pauly Shore movie.”

Her mother died in a freak plastic surgery accident and her father gives her all the money she could ever want. She even drives her own car despite not having a license.

Impressed by her own skill at popularity boosting, she gives a klutzy shy girl a makeover – quickly making her prettier and popular than at first planned.

A fun lesson on shallowness, cliques, looks, and material desire – this fun California satire lampoons the rich kid world while introducing us to down to earth and loveable Paul Rudd. Laugh out loud and occasionally sweet, Clueless gets to the root of competition and rivalry within the schoolyard.

Larry Clark set out to make the great American teenager movie, basing the story on his own experiences in New York City and the punk scene. Loosely structured and without a major star – we follow groups of boys and girls talking about sex, having sex, rating sex, and going out of their way for sex.

It really is the main focus of everyone’s life – overshadowing drugs, money, skateboarding, and their own friendships. More relevant than ever, it takes a look a rape culture when the term and problem was slowly getting recognized. Here, the punishment is unintentional yet severe – the scene is nearly unwatchable.

Darker than almost any other teen movie, it explores a different world the necessarily needs light and discussion. The rating and distribution was a whole other ballgame – critics and naysayers were stunned while it opened up doors for the film’s controversial writer Harmony Korine. 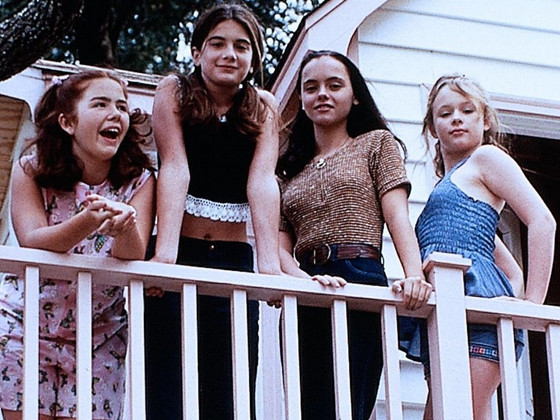 Headlined by former teen queen Demi Moore, we also get the best and brightest ladies of the nineties here including Melanie Griffith, Rita Wilson, and even Rosie O’Donnell.

And that of course is just the adult cast. Each woman recounts their pivotal moments during the 1970’s where they came of age through drugs, boys, and rebellion.

Nothing new – the film tends to stay on the safer, cheesier side of things. But the girls playing the teenage roles do keep thing interesting. Young talent like Christina Ricci and Thora Birch shine as each woman reflects, remembers, and continues on with their daily life.

A must see for woman who grew up in similar times – the sweet story will tug at heartstrings and illustrate key features and requirements of female friendship. 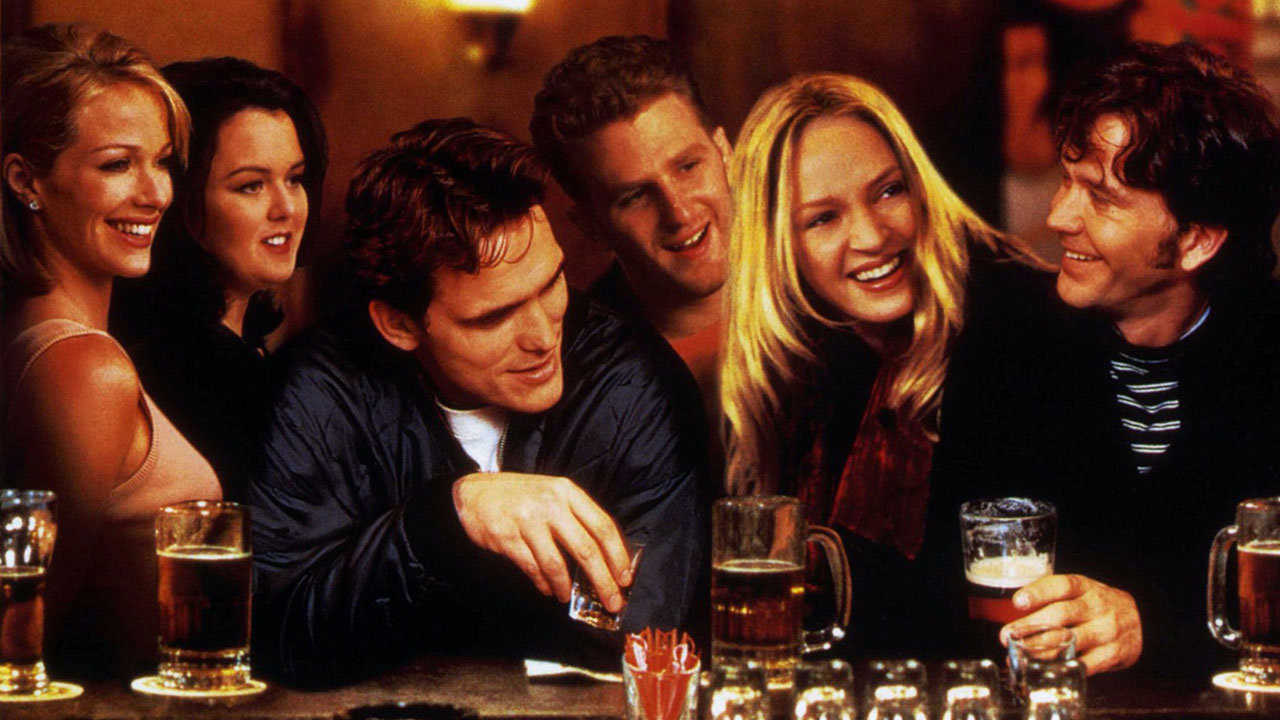 When you leave home – you think your heading into the future you always wanted but for most, feelings of nostalgia and home sickness often consume your body. That’s why returning home stories are always fascinating and relatable.

Some left on good terms and others didn’t. Some come home regularly and others don’t. Here, Matt Dillon plays a successful pianist returning home to catch up on old times. What he finds are grown up people dealing with mortgages, job loss, kids, and relationships.

Another lost late twenties entry, Beautiful Girls rises above other imitators because of the loveable cast. Timothy Hutton, Lauren Holly, Natalie Portman… the list goes on and on. And while it proves to entertain and awe with sentimentality – the high school reunion “what’s it all about?” reflection is perfect proof that we never stop growing up.