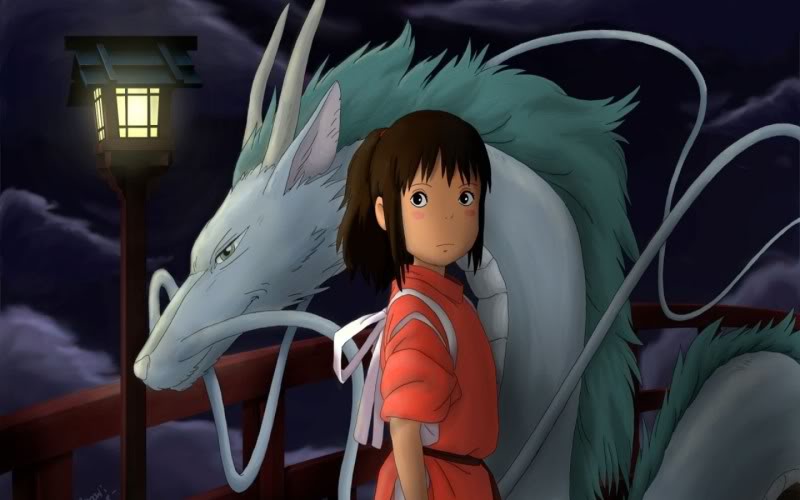 Probably the most celebrated anime globally, chiefly due to the Oscar it won in 2003 for Best Animated Feature, “Spirited Away” is Hayao Miyazaki’s magnum opus. The 10-year-old Chihiro and her parents are heading toward their new house when her father decides to cut through a road that eventually leads them to a dead-end.

Hayao Miyazaki directed a surrealistic coming-of-age film that looks like a dream, and at times, like a nightmare. In his canvas, Miyazaki portrayed a plethora of symbolisms, allegories and hidden meanings that chiefly revolve around his permanent message regarding the purity of children and the corruption of grown-ups. Both the hand drawing and the animation are sublime, in this masterpiece of the genre that established Miyazaki as a world-renowned figure. 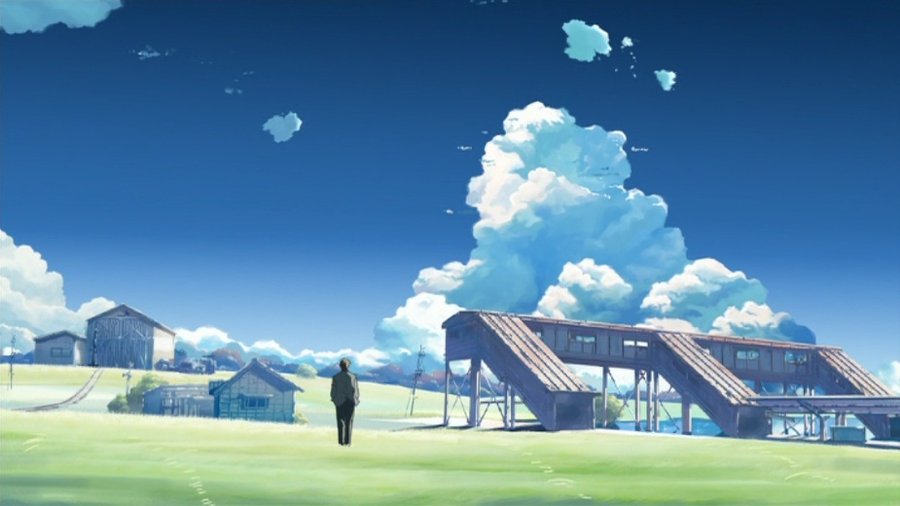 In an alternative outcome of World War 2, Japan was split in half, with the South allied with the US and the North with an enigmatic organization called the “Union”. A mysterious, metal tower was built in Hokkaido, so tall that it could be witnessed from the north part of Honshu.

In 1996, three teenagers, Hiroki, Takuya and Sayuri, make a pact to build an aircraft and fly to the tower to uncover its secrets. However, Sayuri falls in a coma and is transferred to Tokyo, thus cancelling their plans. Three years later, Hiroki discovers that the girl is still in a coma and asks Takuya to help him find a way to wake her up.

Shinkai Makoto directed an anime that is primarily a character drama and secondly a science fiction film. The story is quite complex and Makoto takes his time in revealing it. However, when he does, the outcome is exceptional. Technically, the anime is of equal excellence, with the director using some prototypal techniques in the cinematography, including the continuously altering camera angles that actually augment the dialogue.

Studio 4°C has built its reputation upon its unorthodox tactics in animation and script, and this particular film is the apogee of its style. Nishi, a rather mediocre manga artist, has been in love with Myon for years. Eventually, during an incident at the restaurant of Myon’s father that involves Yakuza and an affair Myon’s father had, he ends up dead.

However, this is just the beginning. Koji Morimoto plunges the spectator into a psychological kaleidoscope of logic and sentiment, through a barrage of color, symbolism, passion, and dreams that results in a mind-blowing outcome.

The animation is unorthodox, and at times seems to attack the spectator visually, a fact stressed by the peculiar montage and the way the story unfolds. Overall, “Mind Game” is a unique experience that has to be watched in order to be understood. 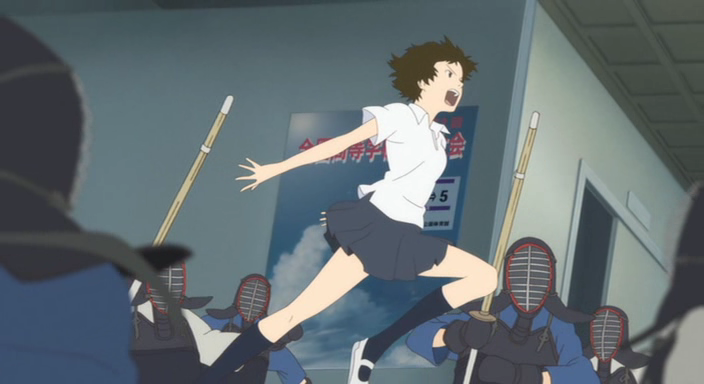 Loosely based on the homonymous novel by Yasutaka Chichui, “The Girl Who Leapt Through Time” is a science fiction, slice-of-life film. Makoto Konno, a high school student, discovers she has the ability to time-leap, after an accident she had that would normally result in her death. Subsequently, she goes on using her newfound ability, trying to mend all the wrongs in her life and to indulge a little.

In that fashion, she retakes tests she failed, she embarks on marathon karaoke sessions, and she tries to keep her friendship with two boys on platonic levels, despite their clear romantic inclinations toward her. Eventually, she discovers that she has a limited number of times she can leap, and another individual with the same ability.

Mamoru Hosoda directed an anime that entails a number of very likable characters, additionally succeeding in presenting a completely new perspective to the whole time-travel concept, centered in people’s relationships and romances. Of equal excellence is the technical aspect, with the motif of simply drawn characters against the elaborately drawn environment producing wonderful images and animation in general.

Based on the homonymous novel by Yasutaka Tsutsui, “Paprika” concerns a machine called DC-Mini that enables doctors to infiltrate their patients’ dreams in order to treat their psychological issues. Dr. Atsuko is the head of a team that researches the machine’s potential uses.

However, its usage is illegal; therefore, she has to use an alternate persona named Paprika when she is diving into her patient’s subconscious. Eventually, three of the machines are stolen, an act resulting in their malfunction and the subsequent collision of the real world and the dream world.

Satoshi Kon directed a complicated anime, where each detail depicted onscreen plays a role in the story. However, the visuals and the animation of “Paprika” are so elaborate that the occasional lack of cohesion is not a bother even to the slightest. Furthermore, Kon’s vast, surrealistic imagination found its apogee in this film, which is considered his magnum opus. 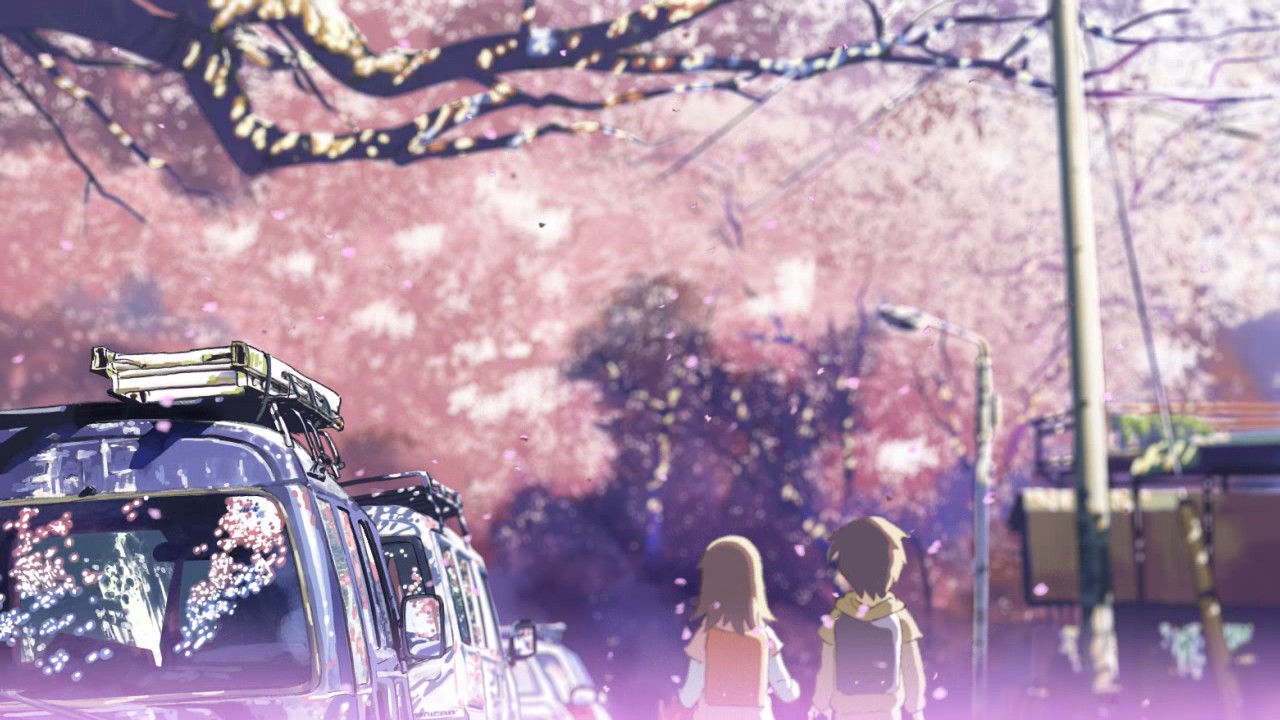 The anime is split in three parts, each one dealing with Takaki Tono and his childhood friend Akari Shinohara, in sequential timelines. The first one presents their initial acquaintance, their subsequent friendship, and their split due to their families moving out. The second one depicts Takaki’s high school life, where another girl is in love with him, but he does not seem to notice. The third one shows their adult lives and their still-existing connection through memory and thought.

Makoto Shinkai directed a highly realistic anime that, when looked upon as a whole, evidently deals with the progression of life and love. The visuals of the title are magnificent, with the detail of the environment being of the highest degree, even in plain scenes where trains are riding in the snowy winter. The animation is also impressive, despite the limited movement that befits however, the realism of the film. 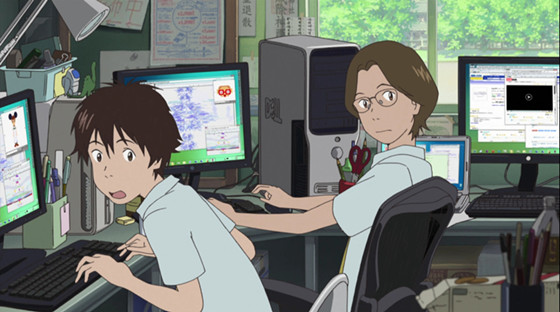 Kenji Koiso is a mathematical genius who is going to spend his summer in Nagano, the hometown of his love interest, Natsuki, who invited him to participate in the celebration of her grandmother’s 90th birthday. However, she surprises him and her family by introducing him as her fiancée. At the same time, Natsuki in his effort to solve an equation, and due to the involvement of an artificial intelligence named Love Machine, instigates the collision of a parallel world named Oz, with the actual real world.

One of the better-looking anime on the list, “Summer Wars” provides vibrant coloring, a huge amount of detail in the background (especially inside the world of Oz), and smooth animation, even in the scenes where more than 10 characters are present. Of equal artfulness are the various battles, with their high speed and impressive motion.

Mamoru Hosoda directed a film about computers and the penetration the Internet has in everyday life, additionally including a number of well-presented characters, with the grandmother stealing the show.