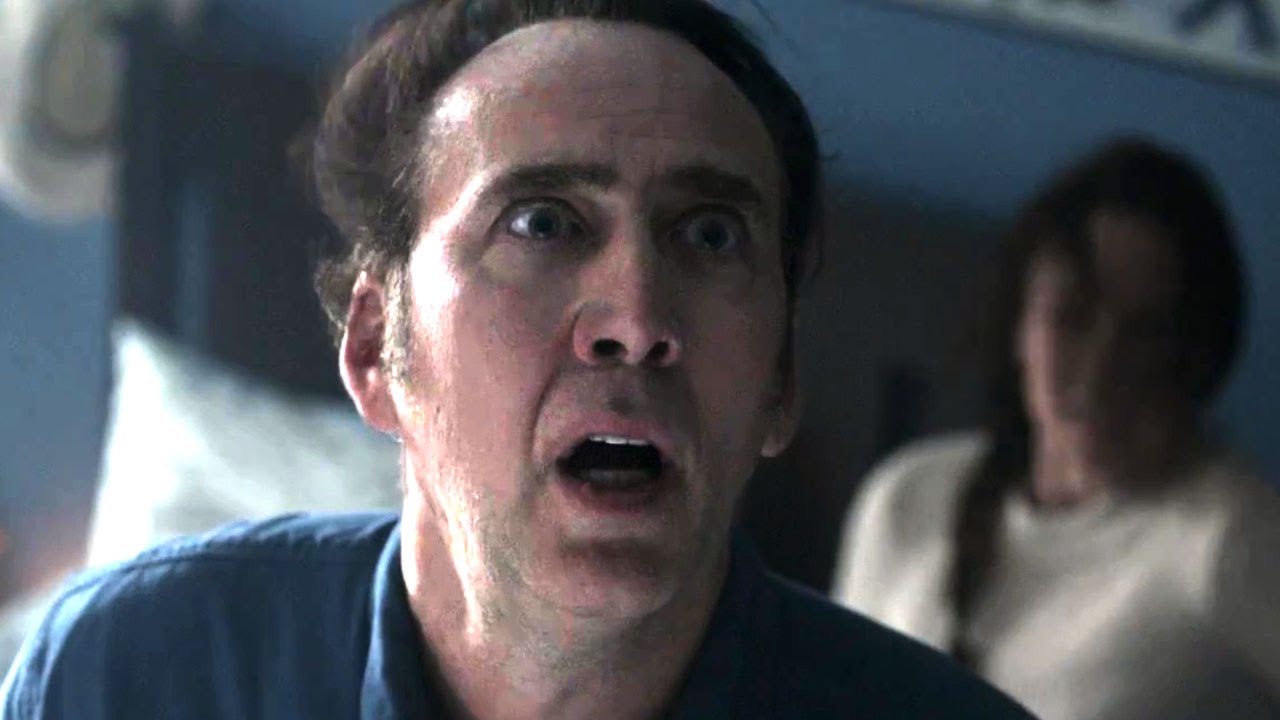 German director Uli Edel has made a few really great films, namely the classic Christiane F (1981) and the brilliant The Baader Meinhof Complex (2008); he has also made some bad TV movies and miniseries. And then there’s Pay the Ghost, the Nic Cage-starred horror flick Edel directed last year, an improbable pastiche of recent hits of the genre like The Conjuring and Insidious.

Though Cage gives his best desperate-dad performance, Pay the Ghost is absolutely devoid of originality and has little to no idea of how to be frightening without recurring to characters almost literally pointing to supposedly scary things.

There’s no suspense, no atmosphere, no attempt at subtlety whatsoever, and certainly no will to be anything but a quick-buck B-movie without any flair for it. Writer Dan Kay (Timber Falls), adapting a novella by Tim Lebbon, is probably the one to blame for that, but no one seems to make much of an effort to up the game.

Cage is Mike Lawford, a dad that loses his son in a Halloween parade never to be seen again, and a year later starts to witness spirit apparitions connected to an old legend that won’t stop pursuing him. 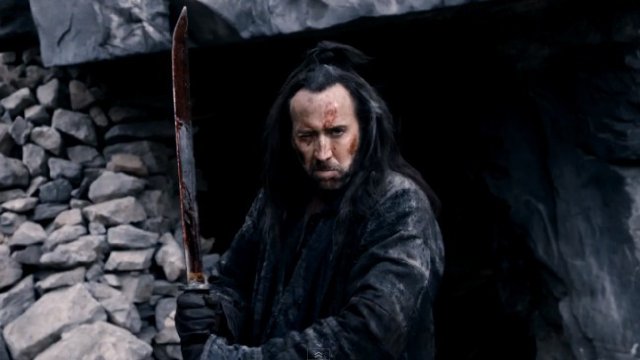 Well, scratch that about Crusade warrior Behmen from Season of the Witch being the most ridiculous part Nic Cage ever had to play, because he did it again, with even more spectacularly bad results, in 2014’s Outcast.

Directed by a stunt coordinator turned filmmaker and written by Strike Back’s James Dormer, it’s a middle-ages, middle-East epic about a young king (Hayden Christensen) whose brother attempts to assassinate him. Escaping the trap, the boy has to trust crusader Gallain (Cage), a reluctant war-weary soldier who rallies the assistance of mystical forces to help the king in his journey back to the throne.

Some critics noted that Outcast’s battle scenes and swordfights are beautifully crafted and choreographed, as one would expect from a film directed by a stunt coordinator.

That marks a change of pace for Cage’s usually scrappily made action flicks, but it still doesn’t excuse the over-predictable, over-ridiculous plot, that mostly throws things at the wall to see if it sticks – spoiler alert: almost all of it doesn’t. Still, this is the rare bad movie in which Cage can flex his over-acting muscles, turning in a screaming, intense performance like the best (and worst, simultaneously) of his career. 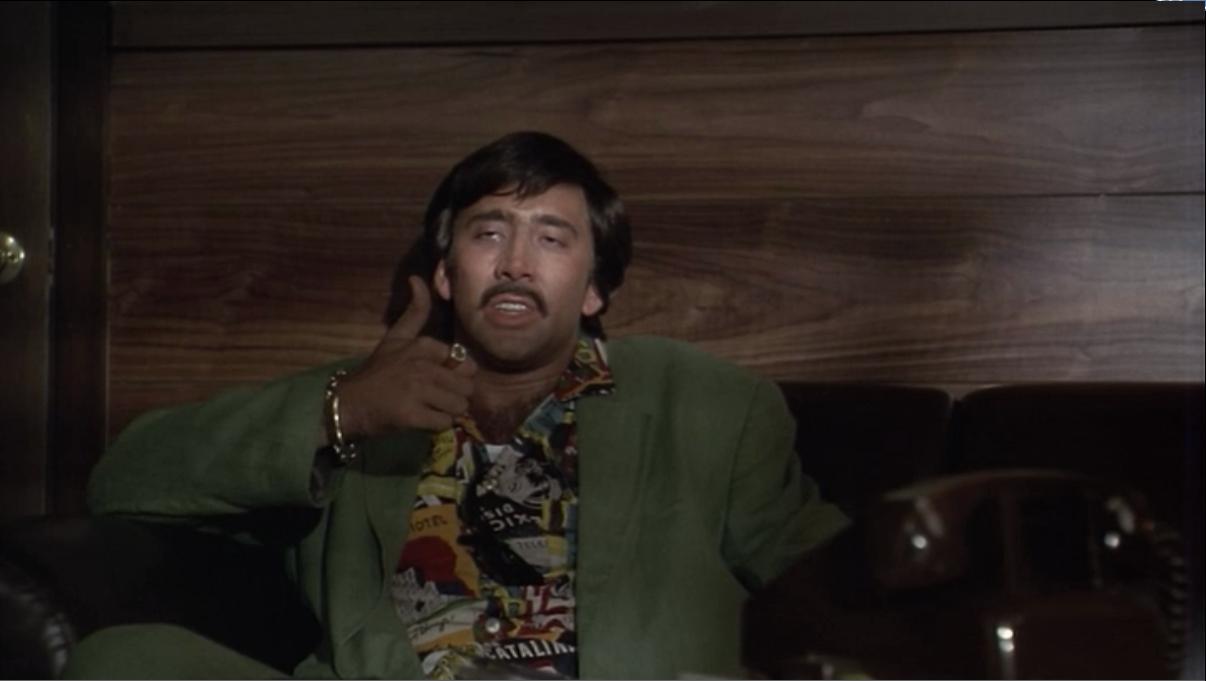 The only pre-turn of the century film on this list, Deadfall is a dreadful misstep in Cage’s early career, one that seems kind of prophetic now that he’s gone to do all those awful films.

He was already a star in 1993, but the offer to work on this B-movie crime/family drama came from Christopher Coppola, his own brother and the writer/director responsible for such distinguished works as Dracula’s Widow (1988) and Palmer’s Pick-Up (1999). Charitably accepted by Cage was the part of the pop-sniffing henchmen in this godforsaken ersatz of a noir film with one of the most anticlimactic endings ever.

Other famous friends of the Coppolas appear on screen, including Peter Fonda, Charlie Sheen and Talia Shire, in very small bits that only add to the cheaply-make feel of the proceedings.

Michael Beihn stars as Joe, the son of a well-known crook who dies and leaves his spawn with an ungrateful mission: recover some cherished valuables that the deceased’s twin brother Lou Donan (James Coburn) stole years ago. Joe gets tangled up on a ridiculous criminal plot and meets a femme fatale played by Sarah Trigger, and it all just feels like it was quickly made just to pay off some gambling debt.

Ah, yes, the big one. Made in 2006 by playwright enfant terrible and certified sexist Neil LaBute, this remake for 1973’s classic starred by Edward Woodward and Christopher Lee trades the religious tension of the first movie, which sent chills up the audience’s spine, for gender politics and the vilifying/mystifying of strong, independent women, which is chiefly remembered for Cage’s insane over the top delivery of a few key lines on the climax.

The star has been quoted as saying this is purposefully a “black comedy”, and at least one critic identified this as LaBute’s “nutty atonement” for his attacks on women in his previous films.

Atoning for sexist storytelling through more sexist storytelling doesn’t seem to be like a genuine reason to like The Wicker Man, though, and sure, I can partially condone the notion that this could be intentionally a “black comedy”, but it’s still a pretty bad one.

Ellen Burstyn, Frances Conroy, Molly Parker and Leelee Sobieski are among the actresses who integrate the fully-female community of pagan adorers on Summersisle, a place patrolman Edward Malus (Cage, playing a character whose last name, reportedly, is an amalgam of “male” and “phallus”) visits when his ex-wife calls him when she needs help finding their lost daughter. 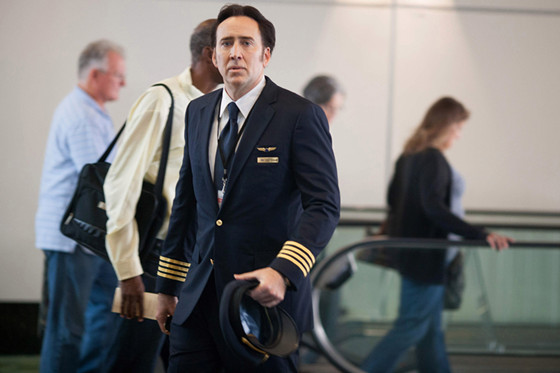 Made in 2000 for straight-to-video consumers and starring none other and Christian cinema most unbearable of superstars, Kirk Cameron, the religious sci-fi series of books Left Behind had its shot on the cinemas in 2014, thanks largely to Cage’s enduring appeal (I’m not entirely kidding) with movie-going audiences.

The star goes for manly conflicted confidence here, but ends up being decidedly creepier, nuttier and, therefore, more compelling than everything happening around him. The very cheap production values, compared by many critics to SyFy original hit movie Sharknado, is matched only by the clunky dialogue, the horrible acting (poor Jordin Sparks should stick to singing) and the moronic worldview it depicts.

According to Left Behind, only perfect little angels of decency, God-fearing, Bible-reading conservatives will be part of the Rapture, kind of a preview event for the apocalypse.

The rest of us flawed human beings will be left to fend for ourselves against demons and the generalized decay of our society, because where would we be without organized religion if not in the gutter as the savages we are? It’s cheap, disturbing philosophy that represents only the worst, most radical and preposterous sections of any religion, and it’s such a disgusting piece of storytelling not even its kitsch value, and Cage’s presence, could salvage it.