Based on American author Cormac McCarthy’s dark, post-apocalyptic novel of the same name, “The Road” is a story of survival and family. Revolving around Viggo Mortensen’s nameless man, and his son, played by a young Kodi Smit-McPhee, the film follows their attempt to travel to the coastline, having to endure and overcome life in a desolate wasteland full of thieves, murders, and cannibals.

Faithful to its source material, “The Road” pleased both fans of the book as well as audiences that had not read it. A powerful and intense motion picture that expertly engineers the haunting atmosphere of the aforementioned novel, the film is full of horrifying concepts and overwhelming emotion that is both highly relatable and grounded in reality. “The Road” perfectly encapsulates the struggle of survival in a world where everything is dangerous, where a father will go to any lengths to protect his young.

Both of the main characters’ performances are flawless, creating an unbreakable bond between father and son that almost has the ability to provide optimism, even when all hope is lost. The film’s heart-breaking conclusion packs enough emotional punch to ensure that by the end of “The Road,” the images will linger in the mind, and Mortensen’s performance in particular is an impeccable depiction of humanity and parental love in the face of despair and pain. 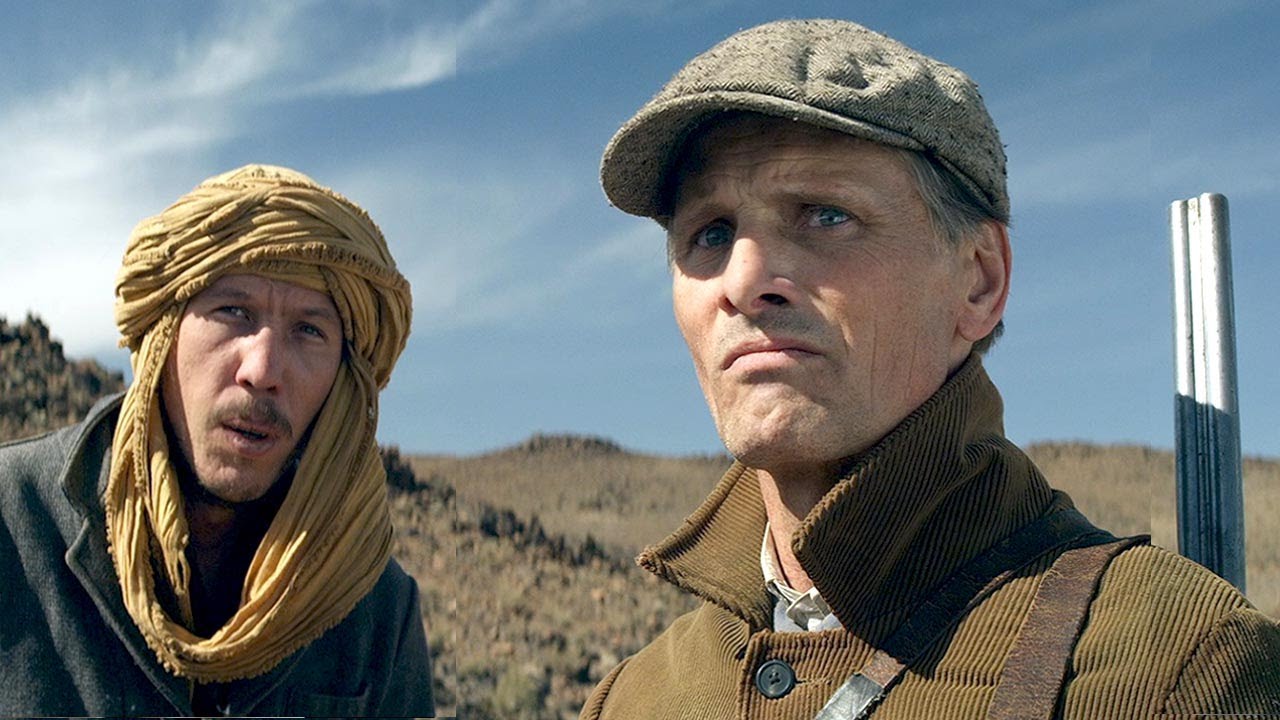 A powerful and heartfelt French Western-turned-drama, focusing on the character study of two contradictory men, “Far From Men” is a relatively unknown piece of world cinema. It was adapted by director David Oelhoffen from the novel “The Guest” by Algerian author Albert Camus, and stars Mortensen as Daru, an Algerian teacher.

The film is set during the war for independence in Algeria in the 1950’s, in which two men are thrown together and must flee across a mountain range. One man, Daru, is played by Mortensen; the other, Mohamed, a man accused of murder, is played by Reda Kateb, likely most famous for the French prison drama “A Prophet.”

The exceptional acting, along with the inclusion of Nick Cave’s spectacular score and the visually stunning shots of the Algerian landscapes, make “Far From Men” a film for anyone who is a fan of independent world cinema.

The film is centred on a good man’s moral compass and the complexities of doing the right thing when poised with difficult choices. Daru (Mortensen), at core an honest and humble teacher, is torn between dilemmas and impossible decisions. Mortensen’s performance is outstanding and elegant, conveyed through French and Arabic, while also being a modest and self-effacing performance. It is a subtle performance, a long way away from the Blockbuster roles and status Mortensen by this point had attained. 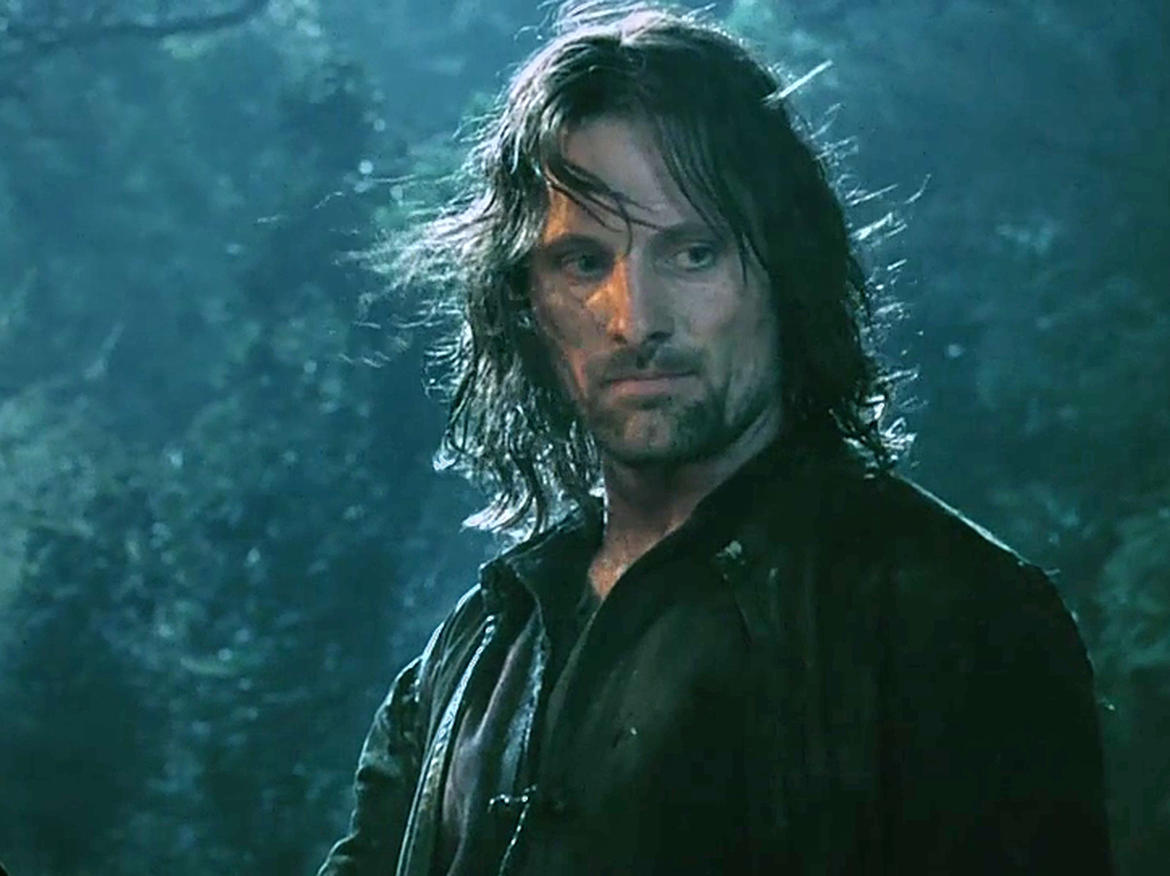 The seminal works of director Peter Jackson, based on British author J. R. R Tolkien’s novels of the same name, were awe-inspiring, loved by fans and critics alike due to master classes in a number film making elements, ranging from its technical wizardry, advanced motion capture production, incredible settings and scenery, to its diverse and impressive international cast. Near the front of this stellar list was Viggo Mortensen, a relative unknown in 2001 when he appeared in the role of Aragorn.

“The Lord of the Rings” trilogy is centred on two hobbits, Frodo and Sam, and their attempt to destroy a ring of great power, with the aid of a team, The Fellowship. They travel across the fantasy land of Middle Earth to Mount Doom, a volcano with the capabilities of destroying the ring in question, along the way encountering several characters and scenarios that shape and mould a rich and intricate world full of depth and character.

Mortensen is first introduced onscreen shrouded in mystery, perched in a corner of darkness, cloaked and smoking a pipe. He is introduced as Strider, a ranger in the North that has been sent to assist the Hobbits at the centre of the tale. Arguably, away from the two Hobbits’ escapades, it is Mortensen’s Aragorn that undertakes the longest journey throughout the three films, showing his voyage from a simple warrior sent as a bodyguard for the naive Hobbits through to his crowning as the King of Men.

Mortensen was brought in as Aragorn very late into production, as filming had already started. He quickly engrossed himself within the role, often carrying around a big steel sword on set as well as in public in order to grasp the concept and weight of the weapon, which at one stage got him in trouble with the local police for dragging the dangerous blade down a pedestrian street.

Wanting to push himself further, he asked for more lines in the elvish language and even worked through broken bones. Throughout the franchise, Mortensen’s Aragorn is thoroughly gripping, a hero of depth and heart; he conveys courage and complexity, creating one of the most loved characters within the fictional Middle Earth.

The first collaboration between Viggo Mortensen and David Cronenberg, “A History of Violence” was written for the screen by Josh Olson and is based on the graphic novel of the same name, originally penned in the 1990’s by author John Wagner and artist Vince Locke. Olson’s script was nominated for the Academy Award for Best Adapted Screenplay.

The story centres around a small town café owner, the mild mannered and apparently unremarkable Tom Stall, played by Viggo Mortensen, as he is forced into the media spotlight after performing a heroic act. In doing so, he shows the world who he is, and more importantly, where he is.

This leads to his past catching up to him and what follows is a series of events unwinding around Tom and his family, bringing back certain demons of his former colourful life to haunt him. The film also starred Maria Bello, Ed Harris and William Hurt, who shockingly, was the only one to get an Oscar nod with regards to acting.

One of director David Cronenberg’s first steps away from his usual Science Fiction-Body Horror genre-bending, here he opts for a slow burning yet gripping drama with themes of the action genre. First appearing at Cannes Film Festival, it was met with critical acclaim, praised for its riveting and expertly paced narrative as well as mesmerising performances from all involved. At the front of the piece is Viggo Mortensen in a quiet and reserved, profound and complex role that, until the third act, reveals only glimpses into his character’s past until.

A role originally turned down by Harrison Ford, Tom Stall is a man with a mysterious and dark past, unknown even to his own family. Viggo Mortensen expertly plays both sides of the character’s demeanour with the charisma and control he has so frequently shown, equally as impressive as a the quaint yet intricate café owner as he is as Tom Stall’s mysterious alter-ego. 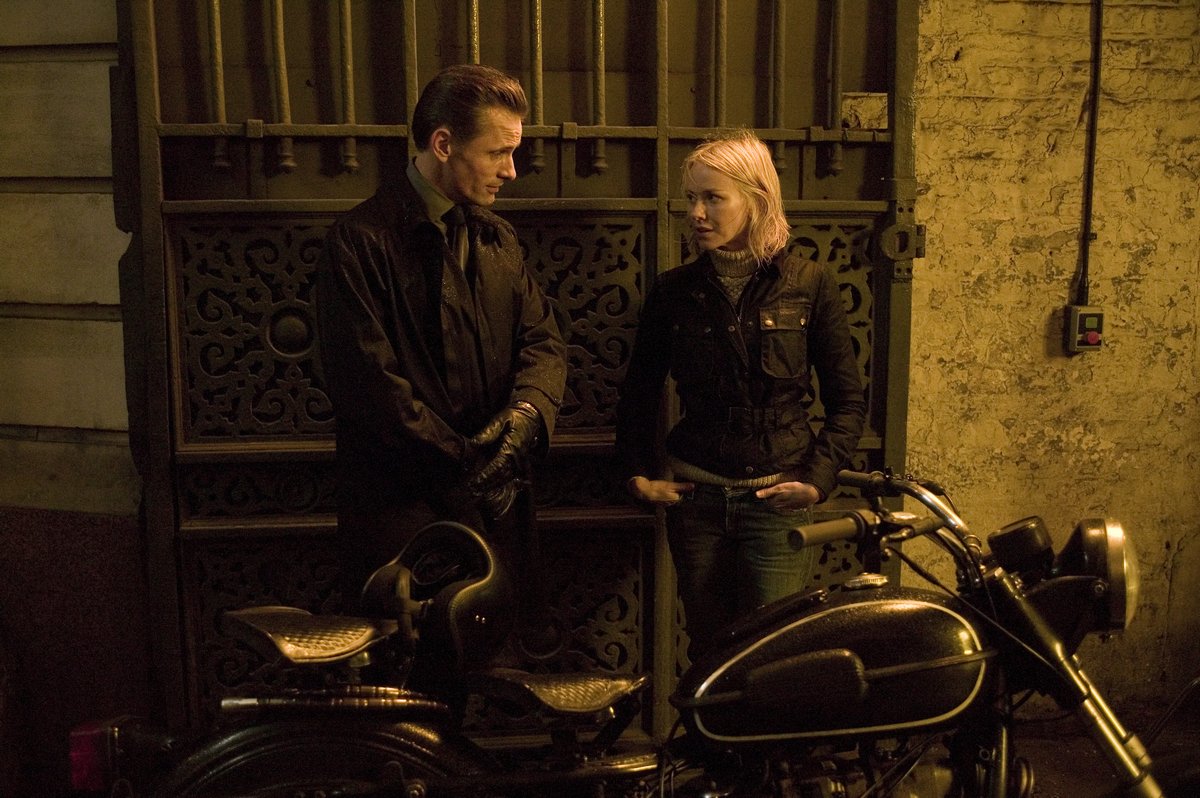 Released in 2007, which without question was one of the finest cinematic years of the past few decades, “Eastern Promises” was in good company amongst other dark and violent epic dramas released that year, including “No Country For Old Men,” “Zodiac,” and “There Will Be Blood.” The film follows the inner-workings of the Russian mob in London, as well as the acts of a midwife who is looking to uncover the secrecy of a dead teenager’s diary and the birth of a child that is somehow linked to the European gangsters.

Naomi Watts stars as the midwife, Anna, and the film features a host of incredible actors as various members of the Russian mob, including Armin Mueller-Stahl in an Oscar-nominated role as the head of the gang, Vincent Cassel as his son, and of course Viggo Mortensen as Nikolai.

At first a low-ranked henchman, the film follows his rise to power, as well as the complicated relationship he builds with Naomi Watts’ character. “Eastern Promises” was the second pairing of director David Cronenberg and Viggo Mortensen, a film providing clear indicators for the director’s change of style upon hitting middle age.

“Eastern Promises” is a beautifully crafted crime drama, setting an unrelenting and tense atmosphere. Mortensen’s performance finally garnered the attention of the Academy Awards, who nominated him for Best Actor in a Leading Role at the 80th Ceremony in 2008. Unfortunately, this was the year of Daniel Day Lewis’ triumphant return to Oscar glory with his mesmerising performance in “There Will Be Blood.”

Viggo Mortensen as the villainous yet highly likeable Nikolai is stunning throughout the film. Covered in Russian gangster tattoos of criminal accolades, he works his way through the ranks of the mob, both charming and brutal in equal measures, remaining phased by nothing and effortlessly calm, cool, and collected in every single scene.

Most notably, the film features an astonishing, brutal fight scene in a bathhouse, during which a nude Mortensen bears all for the camera while fending off two knife-wielding hitmen. Bruised and bloody from the affair, Mortensen undertook all of his own stunts.

In preparation for his role, Mortensen spent time in Russia and Siberia without the aid of a translator. “Eastern Promises” shows an actor at the top of his game, loving what he is doing, and achieving incredible results, an absolute acting masterclass.