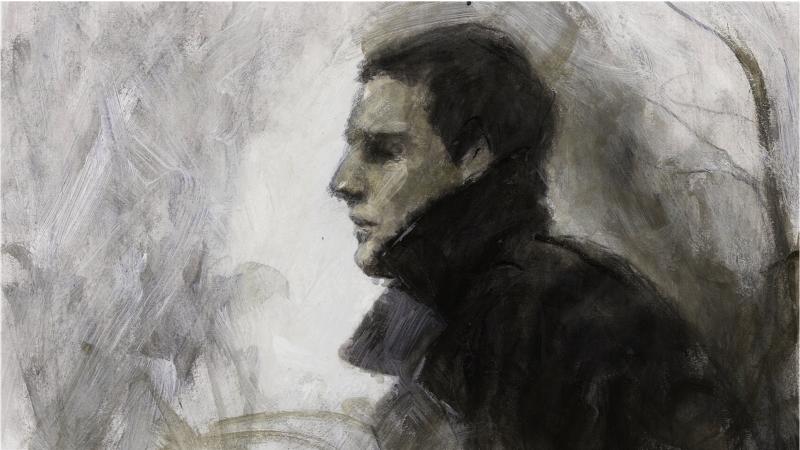 Bulgarian born Theodore Ushev happens to be as talented as any other animator working on film today. He’s been constantly proving so with works like Drux Flux (2008), Nightingales in December (2011) and Gloria Victoria (2013), just to name a few. With Lipsett Diaries, Ushev renders tribute to late experimental Canadian filmmaker Arthur Lipsett.

Frames filled with paint, crayons and fragments of Lipsett’s own audiovisual efforts are ultimately implemented to produce a dark portrait that aims to recreate the mindset of a troubled individual as narrated by fellow Canadian Xavier Dolan. An alluring short that’s beautifully stark. 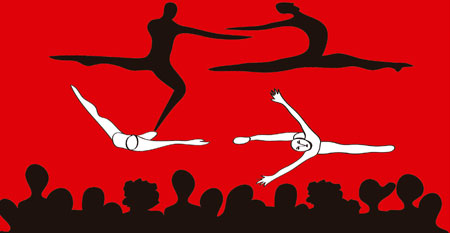 Ishtar Yasin’s short explores in a series of close ups the paintings of Chilean Julio Escámez while Arnold Schönberg’s Transfigured Night musical composition guides the abstract action that is being suggested. It’s a thorough examination of a means of representation with privileged audiovisual content that infuses an epic feel and is strangely revelatory of the human condition. Apocalipsis de nuestro tiempo is a surprising wordless masterpiece. 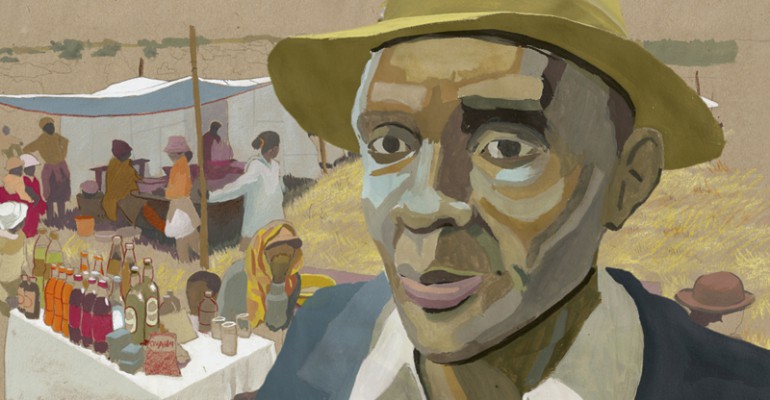 One of the most critically acclaimed shorts from the festival circuit of 2010 was Madagascar, carnet de voyage. This eye popping film takes the spectator on a fast paced, vivid and dizzying reconstruction of a trip that director Bastien Dubois took as a very young man.

Conventional drawings, cut outs, water colors and 3D compositions are just some of the techniques meshed to evoke the ever changing sensations associated when one travels to unknown places. The purely observational approach here is modest and essential in order to highlight the ethnographical aspect that is being brought to the forefront. One of the most profoundly satisfying travelogues one is likely to experience.

Marjane Satrapi’s debut on feature length film was the highly praised adaptation of her autobiographical graphic novel titled Persepolis. To this day, it remains her most popular work in the audiovisual realm. Like its literary predecessor, the movie version feeds off an essentially classical style of animation that’s monochromatic, heavy on ink and (most importantly) aesthetically associated to a generalized notion of nostalgia.

Take for example, the fact that within the simple cartoons there are implementations of very specific depictions of puppets and shadows; two primitive modes of representation reliant on imagination administered with the intention of establishing a natural common ground which eases the digestion of the story’s peculiar circumstances about growing up in Iran during the Islamic Revolution. Persepolis is ultimately a wonderfully heartfelt coming of age movie.

From whatever angle one looks at Waltz with Bashir, there is no denying it is a tour de force like no other. Director Ari Folman uses the audiovisual medium in order to venture into his own psyche and the result is one of the most layered and compelling cinematic works from the 21st century.

Every creative decision just seems to work flawlessly at exactly the right moment: from opening with a dream sequence and ending with live action footage, to Max Ritcher’s haunting musical score, to the surrealistic scenes; the whole thing is simply meticulously constructed.

The critical and financial success this film was able to garner internationally made it hugely influential and partly responsible for the current animated documentary subgenre fever. Some have already tried, some are trying and others will try to emulate the capacity and impact of this film, but needless to say that’s easier said than done.

Author Bio: Guillermo is a film critic and screenwriter from Puerto Rico. At times dabbles as freelance audiovisual resource and currently developing an artisanal photography project.