The visuals of the sky and space seem expressionistic, with vivid colors and high contrasts; they seem otherworldly, especially a frame with clouds of vivid colors encircling the black sky with stars shining through. There is a shot of a painting by Pieter Bruegel called “Hunters in the Snow”; in this painting, hunters are shown, probably returning from a hunt, with hounds with them.

This painting, considering Justine’s state of mind, can be interpreted as if the hunters are going to the village to rampage it. The snow ambient in the painting represents the coldness of the world she experiences, and its terrifying stillness.

In one shot, Justine is shown floating in the stream vividly resembling Sir John Everett Millais’ painting “Ophelia”, possibly pointing to the aforementioned metaphor of suicide. In the prelude of the film, a black horse is shown falling, presented in all its magnificence and strength, anticipating the fall of Abraham, Justine’s horse. All of these visual representations show the reality through the artist’s lenses.

As the painter Ernst Kirchner once said: “A painter paints the appearance of things, not their objective correctness, in fact he creates new appearances of things.” The same can be said about von Trier’s ambitions, at least partially, especially in the prelude to the film. The film strives for a realistic and authentic representation of depression, but on the other hand, the reality is intentionally misrepresented to create an artistic goal of transforming things into new kinds of appearances.

6. Creative and mesmerizing use of lighting 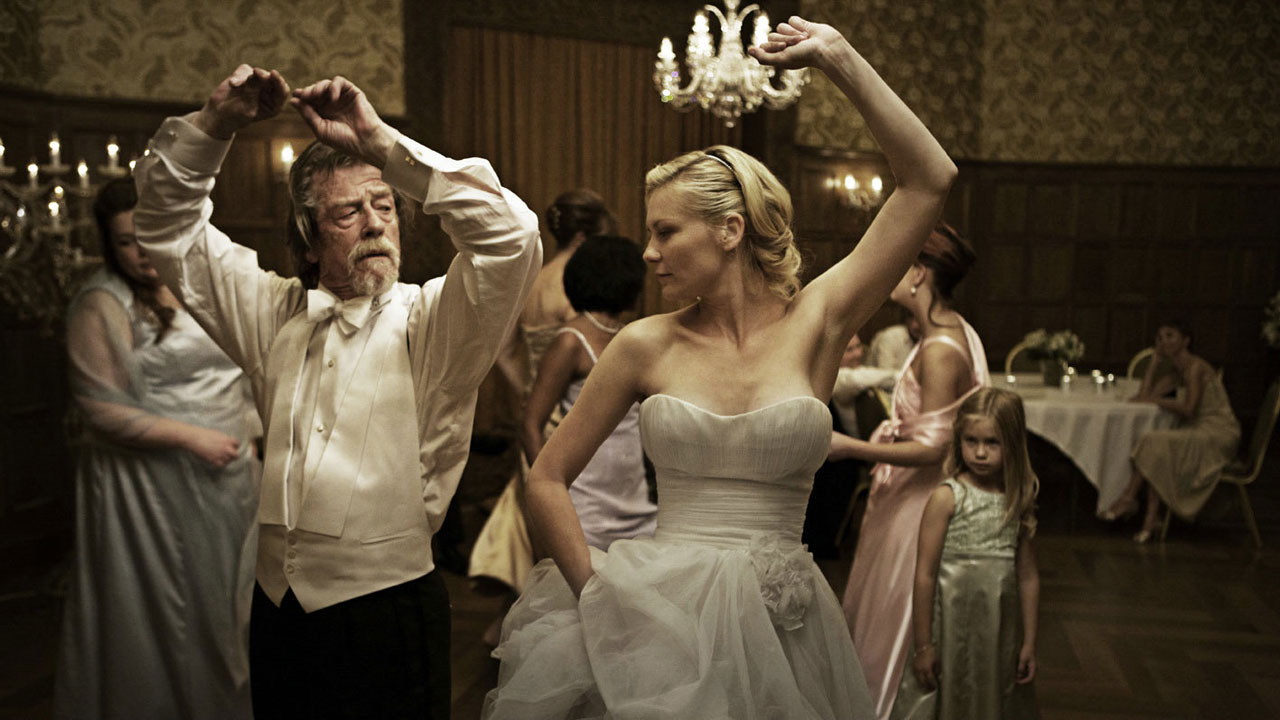 The natural lighting, namely the sun, is rather rare. Nocturnal hours are mostly presented and the planet and the stars provide the light, giving the movie a mystical character. This is most vivid in the scene in which Justine lies naked and is illuminated by the light from Melancholia while Wagner’s music is playing, giving the moment an ethereal character. Her being illuminated by Melancholia may symbolically indicate her connection to the planet. She is not afraid of destruction; instead, she embraces it.

Another vivid scene with this character is the one in the garden with Claire, while two stellar objects give light and moderately illuminate it. One of the objects emits blue light, giving the scene an otherworldly representation. At the end of the movie, the light is even more scarce, pointing to Claire’s despair.

Nevertheless, although it is grim, daylight shines to accompany the final scenes in which Melancholia hits Earth. Before it does, the screen turns blue to portray their final moments, and light shines on the characters, eventually turning into a dark screen, signifying nothingness. The use of lighting in the film in general is creative, abundant in its contrasts and ever-changing, pointing to the characters’ emotional states.

7. It has an extraordinary female lead 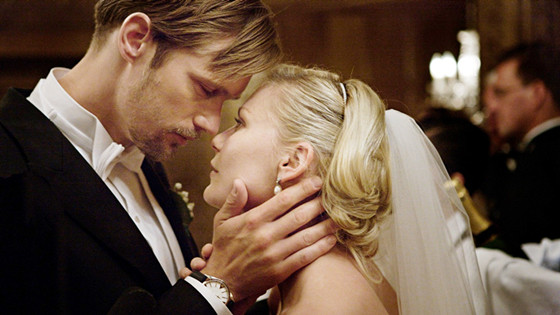 Von Trier’s Justine, as opposed to de Sade’s Justine, is not passive in her attitude toward the condition she is in. During the wedding, she has sex with a young man as a means of escape from a frightening situation for which she does not seem fit. She also confronts her boss, although she is physiologically weak. Toward the end of the film, she becomes confident and is the only one who has the strength to face imminent destruction. One may say that she has nothing to lose, as opposed to Claire.

However, she seems to come to terms with her own death, as she is awakened from her dream-like state of despair. In the end, she makes the world’s destruction easier for her nephew through creativity; they build “a cave” of branches.

At the beginning of the film we see her emitting a kind of finger lightning; de Sade’s Justine is killed by lightning. Toward the end of the film we learn she has clairvoyant abilities. She has established some kind of connection with the planet Melancholia. She seems to be connected to the world in an extraordinary way, possibly because of her sensitivity.

Lars von Trier is famous for bringing women to the center of the stage in his movies, also notably in “Dogville”. He is sometimes called a feminist director; he acknowledges the strengths of women and depicts various ways they cope with reality and try to come out better in the world.

Justine is certainly one of those characters, as she is complex in terms of her emotions and attitude toward her surroundings; she is one of the most interesting characters of von Trier’s vision. Faced with certain death, she is a survivor.