7. The Science of Sleep

“The Science of Sleep” is 2006 surrealist comedy film written and directed by Michel Gondry. The movie tells a story about Stéphane (Gael García Bernal), a man who lands a boring job but has an abundantly wild imagination and dreams, who falls for a girl (Charlotte Gainsbourg) who lives across from his apartment. The more Stéphane falls in love, the more his dreams bother him and their relationship, until Stéphane gets confused about what is real and what is not.

One of the distinct styles of the film is its resourcefulness and innovation. The use of arts and crafts to make handmade props and basic animations made the film more graphic in a unique way.

The movie looks like a visual puzzle and the fragments of dreams captivate the mind and heart. The unearthly magical elements and bizarre and offbeat imagery offer the viewers a visual paradise to watch.

Another Wes Anderson classic on this list is the comedy-drama “Rushmore”. The 1998 film is about Max Fischer, played by Jason Schwartzman, an eccentric and free-spirited boy who actively participates and leads in extracurricular activities at a private school. Aside from the fact that he is the extracurricular king of the school, he was put on academic probation, and felt an attachment and affection for a beautiful teacher (Olivia Williams).

The movie is an oddball itself, from the characters, the plot, the acting, the lines and even the soundtrack. “Rushmore” gives a lot of uplifting and comedic vibes while, in fact, it tells a sad story of loneliness, rejection, and finding one’s place.

Weird characters are often portrayed as underdogs, but Max Fischer was portrayed as an adult-minded fighter. Anderson has written him as a clever and wise 15-year old boy that the viewers would learn to root for and love.

9. Eternal Sunshine of the Spotless Mind 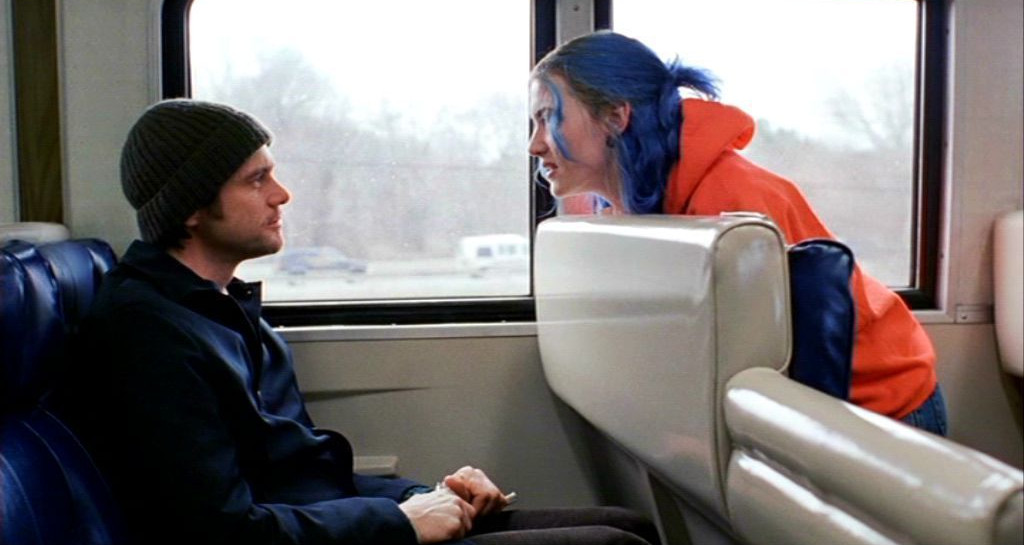 Michel Gondry is nailing this list with his 2004 romantic comedy cult film. “Eternal Sunshine of the Spotless Mind” is about Joel Barish (Jim Carrey), a man who decided to erase the memories he had with his ex-girlfriend, Clementine (Kate Winslet), after she did the same thing to him following their break-up.

During the procedure, Joel revisits and watches their memories together, realizing that he still loves her and thinking that they might still have the chance to be together again.

The unique story of the movie won the Oscar for Best Original Screenplay. Other than comedy and romance, the movie also has a touch of science fiction and a fair amount of drama that are all well played by both Carrey and Winslet.

The story is told in a disordered way to appreciate the memory the couple shared during a period of time. There are loads “cheesy” movies, especially in the 21st century, and “Eternal Sunshine of the Spotless Mind” is one of them, but there is no story plotted and written the same way that this movie was written. 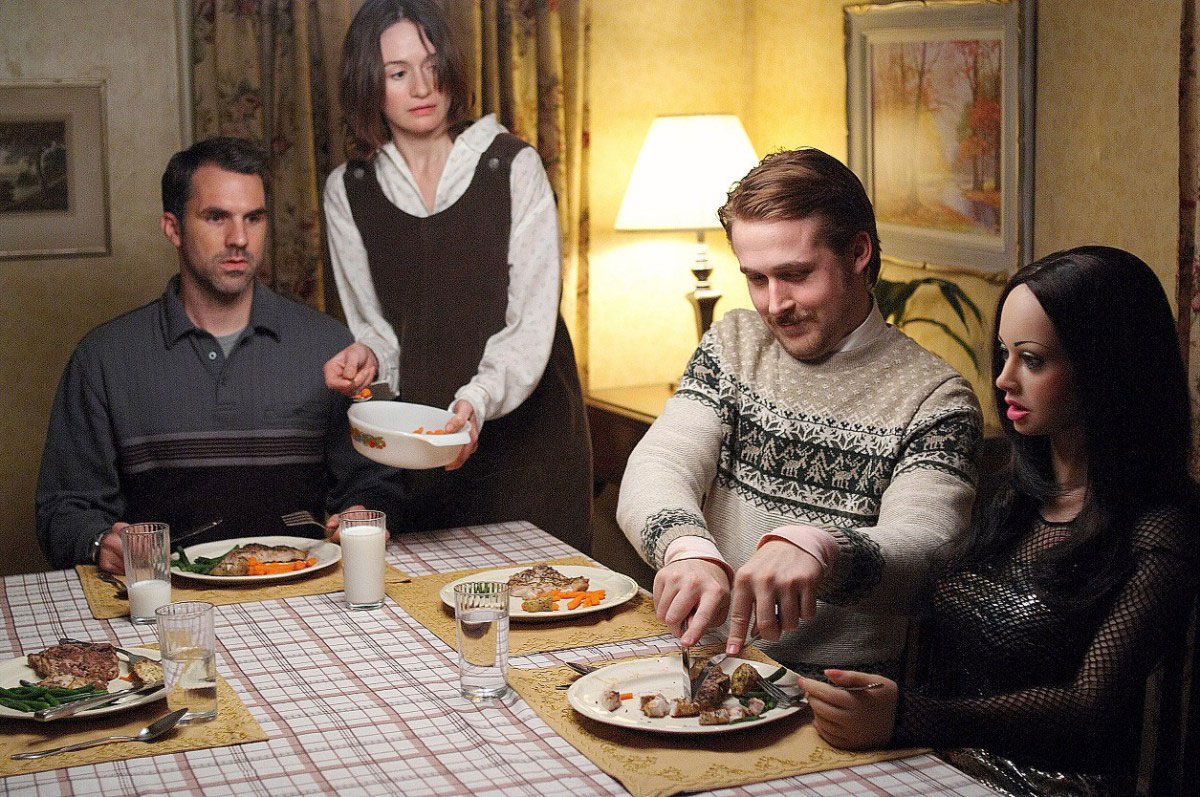 “Lars and the Real Girl” is a 2004 comedy-drama film directed by Craig Gillespie. The movie is about Lars, played by Ryan Gosling, a shy and reticent man who stumbles upon a sex doll on the Internet, ordered it, and finds himself in a romantic relationship with it, naming it Bianca.

Lars’s brother and sister-in-law were concerned about his situation but decided to go along together with the whole town to support the young man.

The movie is worth a watch for someone who would like to sit back, relax, and have a good laugh. Lars’s character is wonderfully written as a man who is a “late bloomer” but bloomed at an insightful and perfect time.

The heartwarming message of the film is one of its important points; it gives the viewers a heads up about genuine kindness, acceptance, and love. “Lars and the Real Girl” is a movie that is highly unlikely to happen, but turned out to be believable, and leaves the audience with guilt and empathy.

Richard Ayoade made an impressive directorial debut with this 2010 coming-of-age comedy film. The British movie tells the teenage story of Oliver Tate (played by Craig Roberts), a 15-year old introvert who is infatuated with a schoolmate, Jordana (Yasmin Paige).

On the other hand, he realizes that his parents are going through are rocky relationship and thinks that his mother’s ex-boyfriend moving next door worsens the situation.

The film feels awkward and mostly embarrassing to watch, but those are the factors that make the film hilarious and special. The movie tackles a story every teenager could relate to – being in love, suffering from a broken family, and finding their purpose. “Submarine” showed a relationship (as a son and as a boyfriend) that is one of a kind.

Craig Roberts did an exquisite job as Oliver Tate, as a character who gave the movie the uniqueness and strong point to give other movies of the same genre a run for their money. 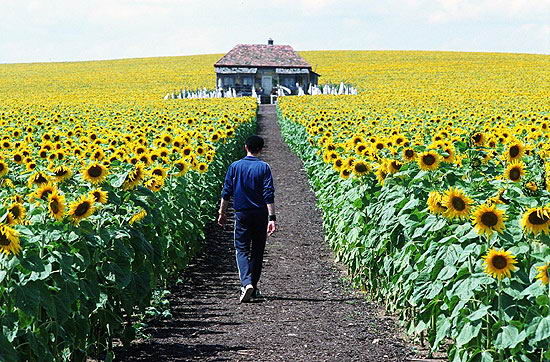 “Everything is Illuminated” is a 2005 dramatic film written and directed by Liev Schreiber, adapted from a novel of the same name written by Jonathan Safran Foer. It recounts the story of Jonathan Foer (Elijah Wood), a young Jewish-American man who travels to Ukraine to find the woman who saved his grandfather from World War II, with the help of an eccentric local named Alex (Eugene Hutz), who worships American pop culture, and his cranky grandfather, who needs the assistance of his deranged dog as his eye.

Schreiber wrote the screenplay with a balance of humor and drama. He gave the three characters a moment to shine and disclosed their personal lives throughout the movie, and they all gave the characters justice and played their roles with flying colors.

The movie is also visually and musically compelling; the cinematography highlighted angles and colors, while the music was used to arouse the viewer’s emotions.

“Everything is Illuminated” gives a lot of emotions, and the story might be something unfamiliar for us, but the emotions felt and the lessons learned are something that make us gain our own “illumination”.

. After receiving news that his ex-girlfriend committed suicide following his death, he goes on a quest with a newly-found friend to search for her and meets a hitchhiker on the way, who believes that she’s in that strange place by mistake.

The movie’s title is simply ingenious because it pretty much sums up the story. Dukić created a different world that is just as weird as the characters are as a setting; that “afterlife” world is something that looks familiar yet is foreign to us.

It’s the same environment, but in their world, everything is paler and dull, with the same people, but everyone is unsmiling. Quirky and hilarious as it is, the film is also considered a dark comedy that tells the consequences of living and true meaning of life and death.