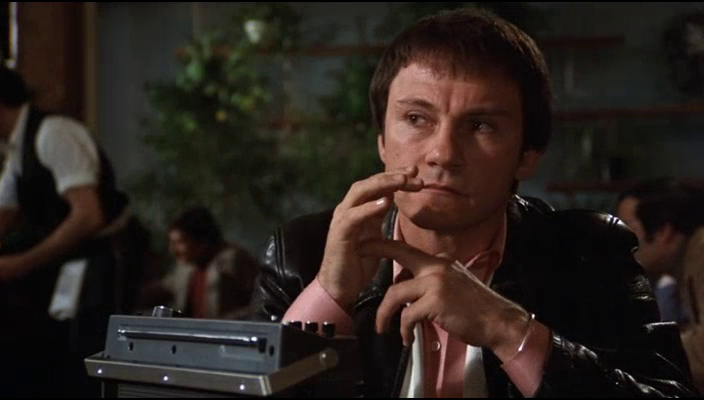 James Toback’s wonderful portrayal of a young man torn between his allegiance to his mob boss father and his schizophrenic piano playing mother. Harvey Keitel is the star of this effective drama that has a “damned if you do, damned if you don’t” quality about it; should he honor his mother’s dreams for him and become a concert pianist or should he continue to be hired muscle for his old man’s schemes.

Keitel really shines as he tries to live his life with a foot in both worlds, but ultimately he comes to a violent end as he seeks revenge for his father’s death. A brooding emotional film that manages to get under your skin with its director’s finesse and Keitel’s portrayal. This film was remade in France as The Beat that My Heart Skipped in 2005. 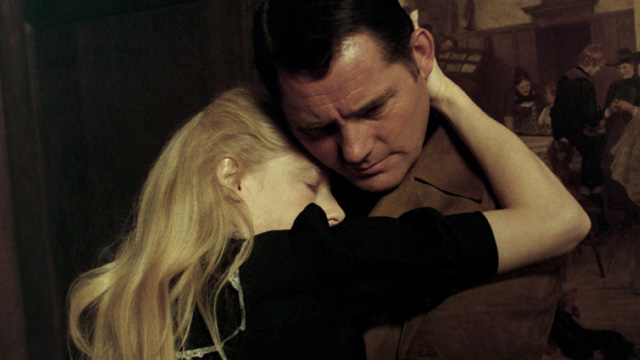 William A. Fraker takes the simplistic plot of a young girl’s suspicions being aroused when her estranged father brings home a new wife and weaves it into a nightmarish tale about sex roles and gender, self-identity and murder, with interesting results. Sondra Locke stars as Marguerite; an isolated teenager that plays with dolls and talks to herself.

Marguerite lives an extremely sheltered existence and her only outside contact are her mother and grandmother, but things are about to change in a drastic way with devastating effects for all.

This is a highly unusual psychological horror film and Fraker creates a shadowy world of reflections, hazy sunlight and creepy dolls to add to the suspense. The father is played by manly Robert Shaw from Jaws and his girlfriend is played by Sally Kellerman. This film would prove to be highly influential on a new generation of future filmmakers. 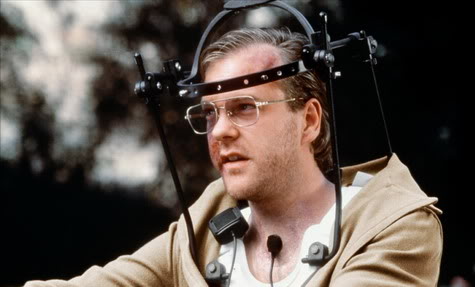 Loosely based on Little Red Riding Hood for the modern age, Freeway is a blackly humorous tale of an illiterate teenager(Reese Witherspoon) who goes in search of an unseen grandmother after her mother and step-father are arrested for assorted offenses, and instead is picked up by Bob Wolverton(Kiefer Sutherland) who is actually the infamous “I-5” serial killer.

Right from the start of the credits with its R. Crumb styled animation; we know that we are in for a wild ride. This bleak coming of age story crackles with intensity as Witherspoon spews profanity laced dialogue and battles Sutherland for her very survival. Directed by Matthew Bright, Freeway is a delight for the jaded moviegoer’s senses. 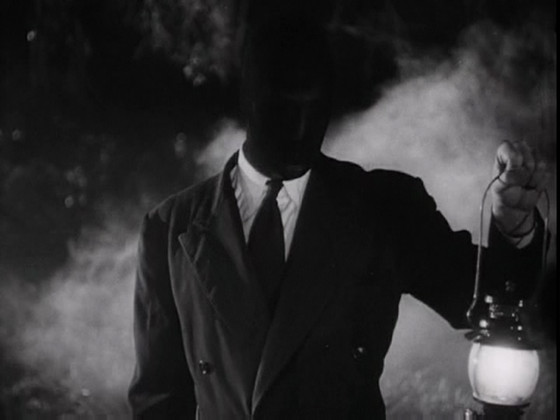 This is truly a one of a kind oddity; a sort of beatnik film noir hybrid with elements of both psychological and physical horror scattered throughout. Originally made as a virtual dialogueless film, Director John Parker serves up a heady stew of imagery that supposedly was dream based.

Adrienne Barrett stars as a woman only referred to in the credits as The Gamine; she wakes from a nightmare in a shabby rooming house setting and collects a large switchblade from a drawer, later we see her on vaguely familiar streets; Orson Welles used these same streets in his Noir classic Touch of Evil.

Pimped out to a hefty stranger (Bruno Ve Sota), The Gamine is taken out on the town and watches her date devour a chicken dinner before being rudely molested; she responds in turn with trusty knife and he falls to his death out the window.

Next The Gamine finds herself being pursued by the police and she ends up in a hepped up jazz club featuring a number of drugged clientele; Shorty Rogers and his Giants supply the tunes while an eerie female vocalist (Marni Nixon) accompanies them on the soundtrack.

The entire film ends as The Gamine awakens from her slumber only to find that the entire scene preceding it was a dream except when she finds a disembodied hand clutching her favorite pendent in the dresser drawer. Maybe it wasn’t a dream after all. Highly recommended with or without the Ed McMahon narration. 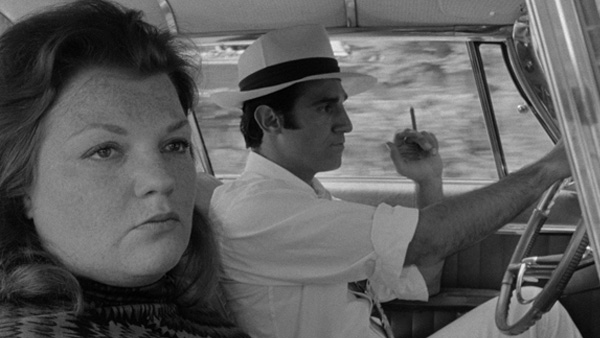 Based on the true life crimes of two star crossed lovers, Raymond Fernandez and Martha Beck, also known as The Lonely Hearts Club Killers, Leonard Kastle’s only film is an exploration of the lives and deaths of lonely women across the country. Raymond is played by Tony Lo Bianco, a balding toupee wearing con man on the prowl for some easy money; he finds his victims easily in the lonely hearts club classified ads popular at the time.

Ray meets his match in overweight bitter nurse played by Shirley Stoler, and soon the two are in love, but Ray is not ready to abandon his mildly lucrative lifestyle just yet. He comes up with a scheme where Martha will portray his needy sister as he continues to woo needy widows, basically looking to defraud them of their money and then abandoning them afterwards, except Ray hasn’t counted on Martha’s rabid jealous streak.

The two go on a murder spree across the country leaving a trail of bodies behind them until finally the gruesome couple is brought to justice. The couple is finally executed in Sing- Sing, together at last. This is a classic seldom seen film and warrants your attention. François Truffaut enjoyed it as much as I did, calling it “his favorite American film.”

Myra Savage (Kim Stanley) is a woman that holds weekly séances in her home with the assistance of her asthma ridden husband Billy (Richard Attenborough); she of course is a sham, but pretends that her dead son Arthur is her guide.

This British thriller mixes melodrama along with suspense and has a surprising emotional wallop leaving audiences drained from the emotional rollercoaster of a plot. Myra concocts a scheme where Billy will kidnap the daughter of a local wealthy couple and they will hold her for ransom so that Myra can aid the police with her psychic powers and thus claim the spotlight.

Directed with a sure hand by Brian Forbes, the story progresses slowly and only serves as an excellent showcase for stars Stanley and Attenborough; Stanley was nominated for an Oscar as Best Actress and she should have won it too. Talk about a perfect film for a peaceful Sunday afternoon; this film delivers thrills and chills with an ending that will startle you. 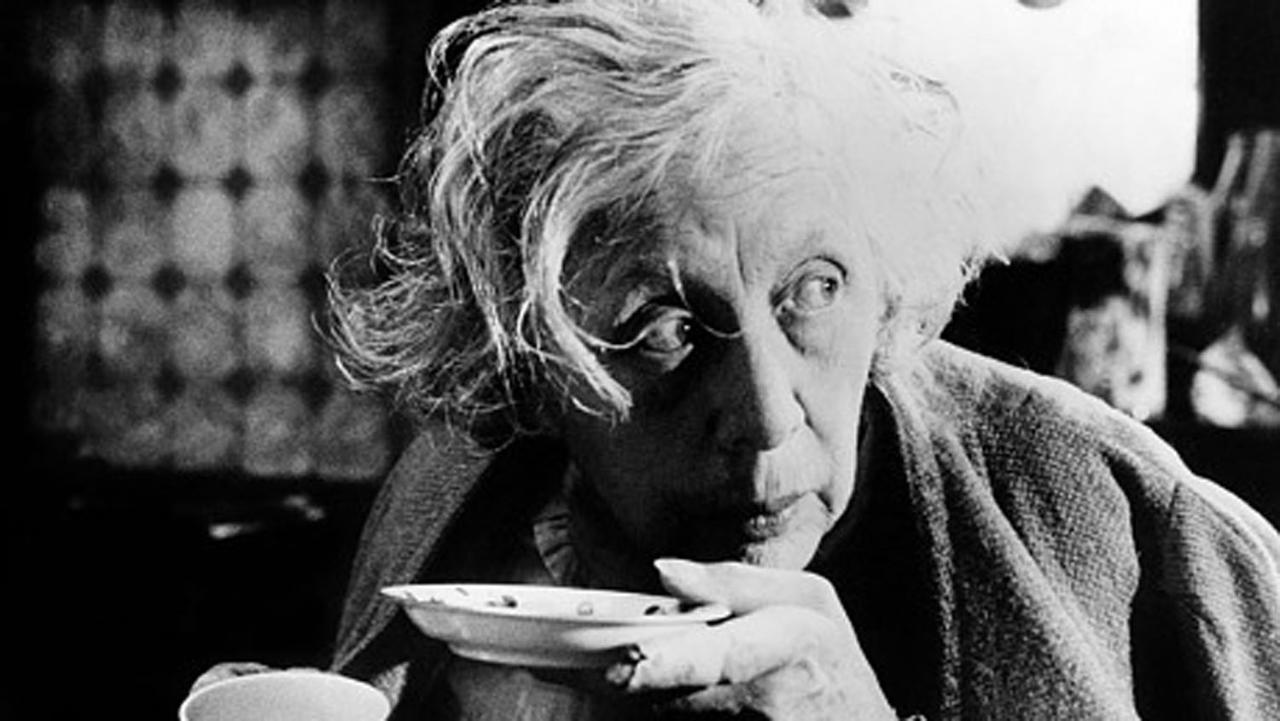 Another great film directed by Bryan Forbes, the plot is fairly simple but it is the acting and performance of the leading lady Dame Edith Evans as the old lady Mrs. Ross that is most effective. The stark black and white photography captures a well-worn Manchester town perfectly and sets the stage for the story to follow.

The title refers to the paranoid delusions that plague Mrs. Ross; the sounds of the dripping faucet, the wind outside the windows, the creaking old flat itself, all of these are working together to unsettle her nerves. She phones the police regularly to report these intrusions but is scoffed at; meanwhile things continue to conspire against her.

Her imagination has the won the best of her and she delusionally thinks that she is actually the daughter of an aristocratic family waiting for her inheritance to come in so she can repay the nice man at the Welfare Board.

Constantly asking the walls of her flat “If you are there” this is a tale of madness brought on by the loneliness of the modern world. Long abandoned by her husband and with no one but her son, a small time criminal, to visit her, the old lady stumbles upon the son’s hidden loot and immediately deducts that her inheritance has finally arrived.

Edith Evans gives an amazing performance as the elderly slightly touched Mrs. Ross and the consequences of her finding the hidden money unleashes a Twilight Zone like plot twist as the old woman is bamboozled by strangers and her own kin alike. Would make an effective double feature with Séance on a Wet Afternoon.