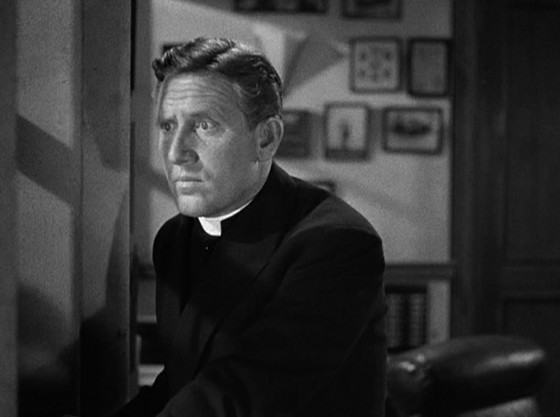 One of the most predominant actors in the Golden Age of Hollywood, or as some would argue the greatest actor in American cinema, Spencer Tracy never failed to deliver an endearing performance that could make the mightiest of men weep with seemingly little effort. The 1938 film Boys Town is no exception, earning him an Academy Award in what may have been the most tear-jerking film of his career.

In Boys Town, Tracy plays Father Flanagan, a priest who has an epiphany at the beginning of the film when a convicted murder is grieving as he approaches his execution. Flanagan comes to the conclusion that men can’t be saved, but boys can be before it’s too late.

Believing there is no such thing as a bad boy, Flanagan starts a small community in Nebraska called boys town for neglected boys. He takes an especially troubled boy named Whitey (Mickey Rooney) who comes learns how to adapt to a hearting lifestyle.

Due to its age, many have not seen Boys Town and unfortunate may never do so. The film doesn’t just speak volumes to Tracy’s acting capabilities, but also to the nostalgic and innocent portrayal of family and togetherness that motion picture studios implemented to reflect the Golden Age of America. The sentiment of the on screen relationship between Tracy and Rooney makes this a classic piece of cinema that makes it timeless. 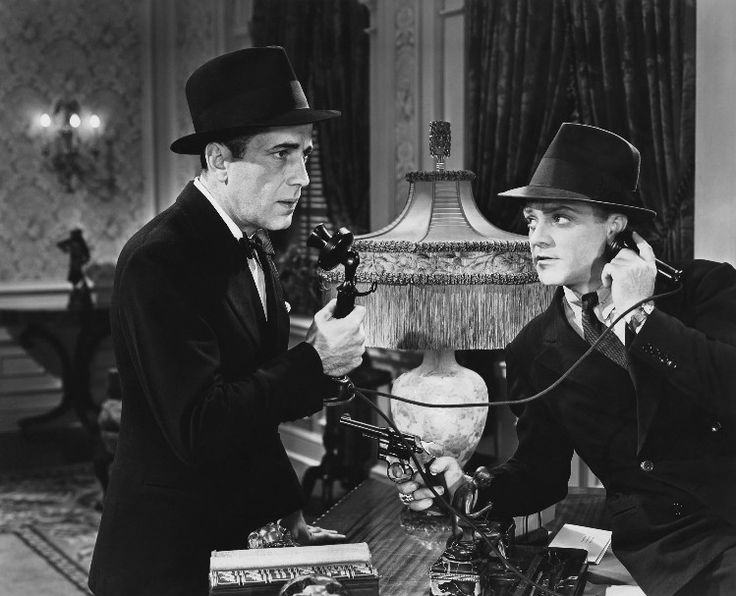 A melodrama that touches on the concept of free will and the paths we take in life, Angels With Dirty Faces was one of the first films that let us delve into the psyche of a gangster.

James Cagney plays Rocky Sullivan, who has turned to a life of crime after being in prison since his youth. He took the fall for his pal, Jerry Connolly, who goes on to become a priest. Not only was it landmark for film noir movement that would proceed through the late 50s, it was a film that gave an up and coming actor more publicity that would make him a typecast in the gangster genre: Humphrey Bogart.

When you think of the roles Humphrey Bogart has played, such as Sam Spade in The Maltese Falcon or Rick in Casablanca, he was a no nonsense archetype that marched to the beat of his own drum, taking orders from no one and always in control of the situation.

In Angels With Dirty Faces, however, he takes on a character that is more vulnerable than audiences are used to seeing from Bogart. He plays Jim Frazier, Sullivan’s lawyer who eventually puts a hit on him in order to avoid paying him $100,000. The man who’s viewed as a tough guy actor was left as a subordinate when conflicted with danger.

While it may be a different role than we’re used to seeing from Bogart, this role as a frigid lawyer enhances not only his image as a great actor but the image of the film, no show how a gangster can install such fear in a person as they are forced to meet their inevitable demise at the gangsters hands.

Angels With Dirty Faces isn’t often referred to anymore as an exemplary gangster picture outside of film circles, but the acting by Bogart to compliment Cagney proves otherwise. 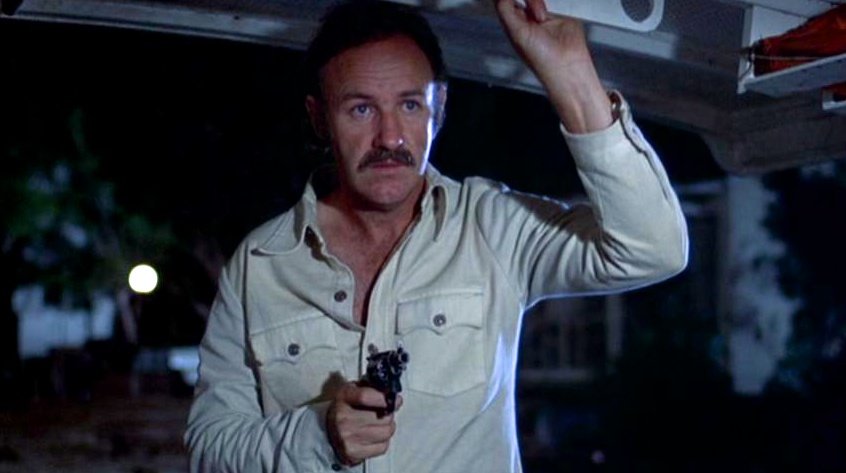 Being able to immerse yourself into a character is truly a special quality that takes much dedication and time to hone the craft. Gene Hackman, star of award winning films such as The French Connection and The Conversation, throughout has career has continuously been casted in films that display his blue collar method of acting that gives life to the plot. One such movie, Night Moves, isn’t Hackman’s most popular movie, but it may just be his best performance yet.

Hackman plays Harry Mosbey, a former professional football player turned private investigator that is hired by an aging actress to locate her runaway daughter. When his investigation leads him to the Florida Keys, Harry soon discovers that this case is much more than a search and rescue. In addition to this case, Harry is also at war with himself as he yearns to get he marriage back on track.

Night Moves is a film that balances a character driven story with captivating plot elements, neither of which detracts from the other. Hackman gives us a performance that shows us his vulnerable personal life, while displaying confidence in his profession that makes us feel like we are watching two different characters. While not as critically acclaimed as other private investigation films, it is without a doubt a top 10 neo-noir classic that gives the mystery audience more than they ask for. 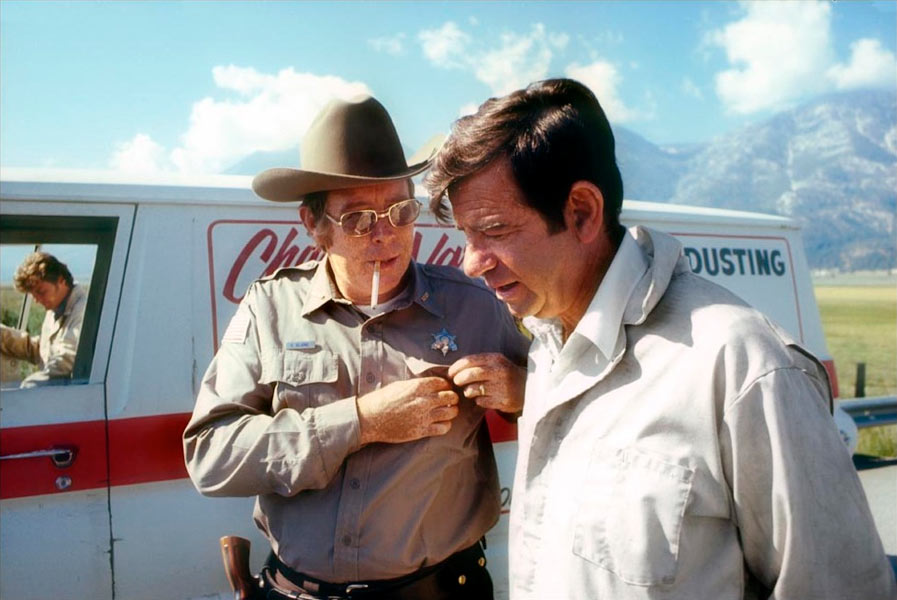 Perhaps the greatest 70s thriller of all time , Charley Varrick provides an excellent thrill for an audience while fulfilling an intellectual yearning to compliment an offbeat action film.

Directed by Don Siegel, who is well known for his earlier action films such as Dirty Harry and Coogan’s Bluff, Charley Varrick is centered around our protagonist (Walter Matthau) whom the film his named after, as he, his wife and his partner rob a small bank that turns out to be a laundering den for the mob.

With three quarters of a million dollars and being sought after by the police and a contract killer, Varrick must use his cunning wits and aircraft trade to escape apprehension.

Matthau has a long reputation for being a comedic actors that could easily transition into dramatic roles. Having starred in The Odd Couple as well as The Taking of Pelham One Two Three, his subtle demeanor and sudden burst of excitement was relatable to the audience that left a legacy of versatility that hasn’t been seen by many actors since his prime.

With Charley Varrick, he plays the role of what could be portrayed as a merciless criminal, but rather puts his understated yet demanding presence on screen for a blend heroics and criminal idealism. 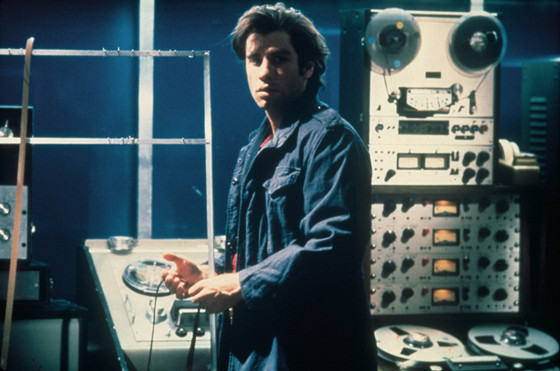 Known for his slick dance moves in Saturday Night Fever and his passion for the culture of Amsterdam in Pulp Fiction, John Travolta was the star of the 1981 Brian De Palma paranoia hinged film Blow Out.

Playing the role of Jack Terri, a soundman for films who catches the sound of a car accident while working, Jack is able to save a woman named Sally (Nancy Allen) from the passenger seat, while a presidential candidate is left to drown.

After Jack is persuaded by the candidate’s assistant to forget she was in the car, he grows suspicions and listens to the tapes and suspects this was a successful assassination attempt, leading him down a more sinister conspiracy that he wants to be part off.

Blow Out is as an cerebral of a film as you will find in cinema. It immerses the audience into the process by which a man uses his craft to find answers to a complex problem.

The decent of Jack Terri’s sanity as he increasingly becomes obsessed with bureaucratic corruption shows Travolta’s contrast as an original actor that excels as a character study. To match with De Palma’s unorthodox camera angels and masterful pan shots, Blow Out is a film that deserves much more accolades than other thrillers from that era.

Author Bio: Aron Harris is currently an undergraduate student at the University of South Florida and pursuing his goal of working in the film industry. In his spare time he enjoys literature, films, writing and all things story telling.