Haneke’s Hidden depicts the guilt that the wealthy Western individual often feels for the refusal to accept the alien culture of immigrant minorities. George (Daniel Auteuil), the successful TV presenter and his wife, Anne (Juliette Binoche) represent the intellectual family that lives in a stunning house, surrounded by books and their artsy friends. This stale idyll gets shaken up when the couple receives a video, which is apparently the work of a stalker keeping a close eye on George’s every movement.

The man identifies the shadow haunting them as Majid, an Algerian orphan whose childhood George had made a living hell, simply because didn’t want his parents to adopt him. Playing with the voyeuristic effect of the film in film, Haneke challenges the audience to identify the victim: is it the person being stalked, or is he being haunted by his old sins in order to earn second chance and to reconcile his past actions?

Majid’s tragedy seems unavoidable, and, with this, so is George’s moral failure. However, Haneke does not make a judgment for or against the white intellectuals or the Arabs. He simply proposes a situation, depicting both sides in an equally objective way. To form a conclusion about one party or the other is left to the viewer. 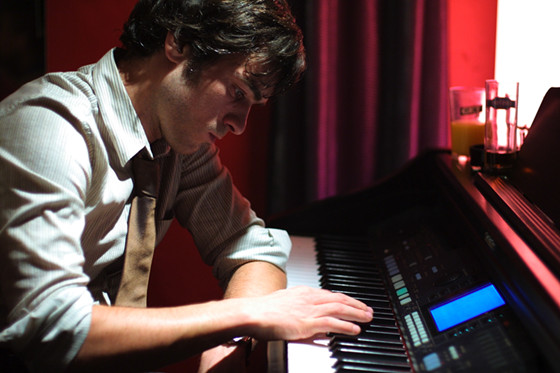 Jacques Audiard’s remake of James Toback’s Fingers was a great success in France, but, most regrettably, it received only a limited international release. The film is driven by the energetic, violent performance of Romain Duris as he portrays Tom, the heartless real estate broker who strives to become a pianist but fails to become a better man.

Audiard once again plunges head first into the genre of crime, mixing it with melodramatic shades as the focus turns more towards the relationship between Tom and the piano teacher, Miao Lin (Linh Dhan Pham).

The idea that love can bridge social differences is a recurring theme in Audiard films (also dominant in Rust and Bone), which presents a nice contrast with the movie’s social realism. The latter aspect is particularly evident in the scenes in which Tom persuades tenants, representing the colourful ethnic minorities of Paris living in sad circumstances, to abandon their property.

The film won in eight categories at the César Awards in 2006; ironically, only Romain Duris couldn’t turn his nomination for best actor into an award. However, Audiard stated that his own prize was due partly to the charismatic actor whose needy, lost, bohemian figure makes the film an unforgettable piece. 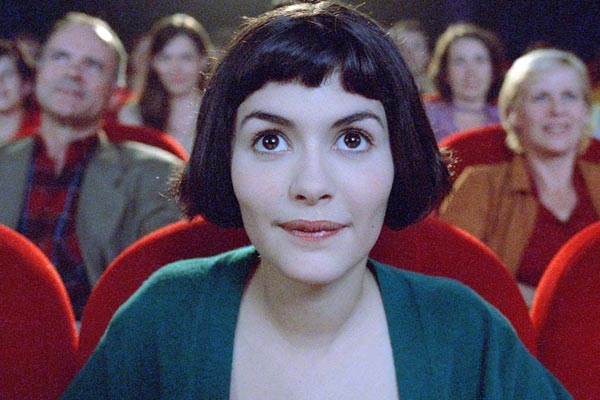 With the sweet tunes of the accordion, nostalgic images of Paris and adorably imperfect characters, Amelie has been hailed as a film that best represents the essence of Frenchness.

Amelie is a great example of transnational cinema, as it encapsulates an efficiently marketable image of France for international consumption. This might sound like criticism, but the way in which Jeunet realises this is truly magical. The mise-en-scene is characterised by whimsical colours, vintage props have been part of Jeunet’s style ever since Delicatessen, and the crooked streets and buildings of Montmartre.

These ingredients come together in Jeunet’s mixing bowl to form a strangely timeless France where the scenes of past and present are similarly nostalgic and romantic. This is the subjective world of Amelie, whose character is brilliantly performed by Audrey Tautou.

Amelie Poulain is a curious girl with her own fantastic impressions about life and a deep love towards people. Her passion to help those around herself allows the viewer to meet the little people of Paris and, wrapped up in Amelie’s intense creative imagination, to go on a special walking tour around Montmartre.

Instead of the main touristic highlights, Amelie guides the viewer into the heart of the city, showing less renowned landmarks but more authentic scenes. This is in line with the main character’s idea that the beauty of life lies within the simplest, tiny little knick-knacks that one can only find when looking very close. 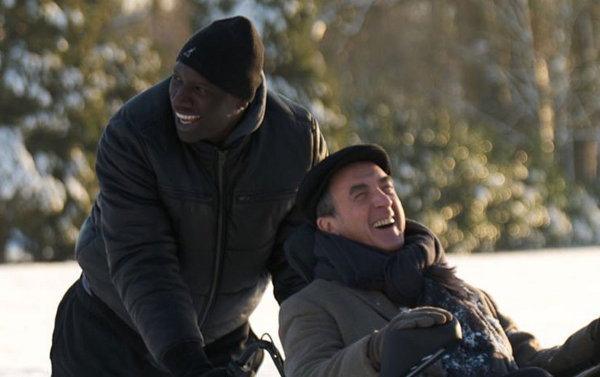 Long-term illness and disability usually prompts pity from people, even though this behaviour only makes the victims more painfully aware of their situation instead of helping them to cope with it. Olivier Nakache and Eric Toledano’s French blockbuster shows us how this could be different.

Inspired by the story of Philippe Pozzo di Borgo, an aristocrat suffering from quadriplegia, and his caretaker, Abdel Sellou, a formal criminal, The Intouchables illustrates how treatment as an equal can be the most rewarding treasure of life.

Sellou’s character, renamed Driss (Omar Sy) in the film, receives the news that he has been hired as caretaker for Philippe (Francois Cluzet) rather stolidly. He is revolted by the helplessness of his wealthy patient and handles him with no pity. However, an absence of pity is exactly what Philippe was looking for, so the antagonistic relationship of the two men gradually turns into a close friendship.

The directors portray the unlikely buddies with a mixture of sardonic wit and tenderness, treating the audience to several hilarious moments and quite a few heartwarming scenes. This is an optimistic story proving that everyone deserves a second chance: a cynical criminal just as much as a bitter, antisocial disabled man. 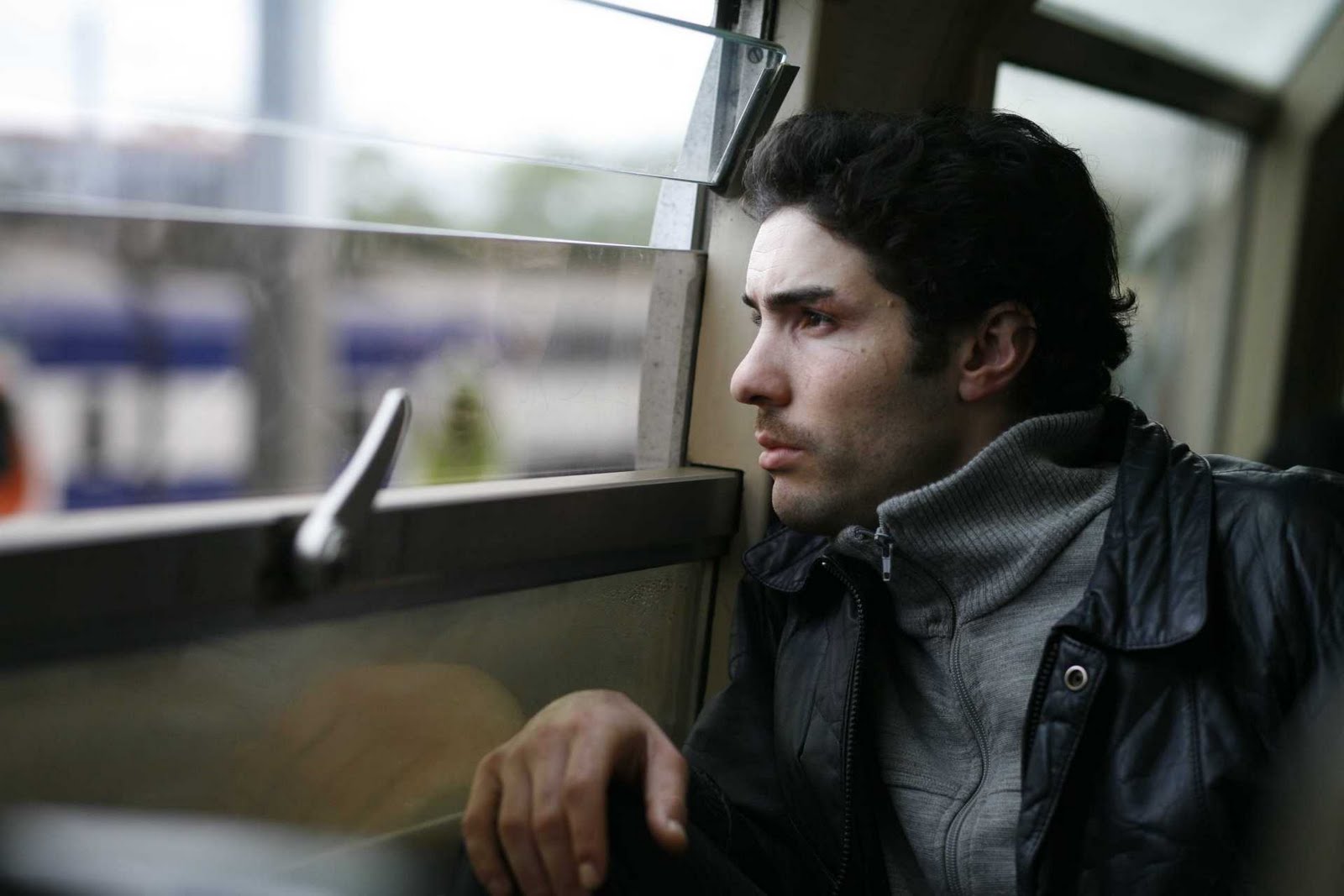 Prison is the space of many challenges and humiliation, a universe where the laws of the outside world are replaced by the pecking order set in place by the inmates.

In Jacques Audiard’s film, Malik (newcomer Tahar Rahim), a 19-year-old Arab, enters the world of prison as a shy, innocent boy, whose sin of harassing a policeman seems frighteningly small. The chief Corsican mobster, César (Niels Arestrup) is quick to notice Malik’s weakness and offers him protection in exchange for Malik killing Reyeb (Hichem Yacoubi), a fellow prisoner who could threaten César’s connections with the outside world.

One would expect the film to linger on Malik’s dilemma at this point, and focus on the hopeless struggles of the tenderfoot jailbird surrounded by the veteran mobsters.

That is not the way Audiard works, however, and the cold social realism of the film turns into nauseating tension when he points the camera at Malik, now training himself to conceal a razor blade in his mouth so he can commit a murder in cold blood. This horribly naturalistic scene turns out to be Malik’s initiation.

It is an initiation into the world of prison and César’s gang, as César intends, but as the film progresses and the viewer follows Malik’s perspective and his personal development, this first act of killing gains more significance. It proves to be Malik’s initiation to manhood and to power, which gradually turns the victim into the new chief. 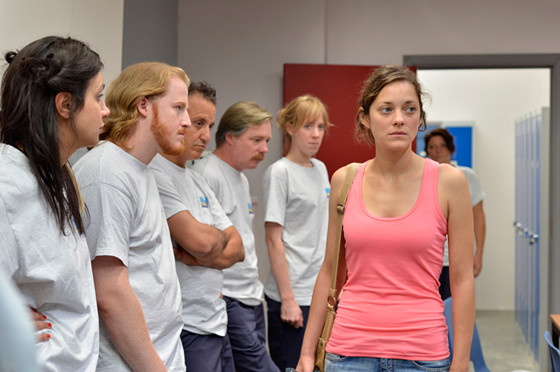 In their most recent film, the Dardenne brothers offer a tableau of the working-class as well as a study of depression. Marion Cotillard, who is vibrant and charming even without makeup, portrays Sandra, a frail woman who is returning to work after a bout of depression, only to find out that she is out of job unless she can convince her colleagues to give up their €1,000 bonus.

The Dardenne brothers excel in an almost invisible cinematography: they usually focus on one subject and then let their camera follow that character and witness how this active agent drives the story to a conclusion.

Two Days, One Night works on the same principle as the camera accompanies Sandra on her odyssey. She knocks on her colleagues’ doors, presenting the same brief monologue to each and every person, then awaiting their judgment, sometimes in despair and, at other times, with a strong, proud composure.

As her invisible companion, the camera represents the diverse people of French working-class; Sandra realizes that she is anything but invisible. By connecting with people, she makes a big step not only in fighting her depression, but also in making a statement against an inhuman capitalist system. 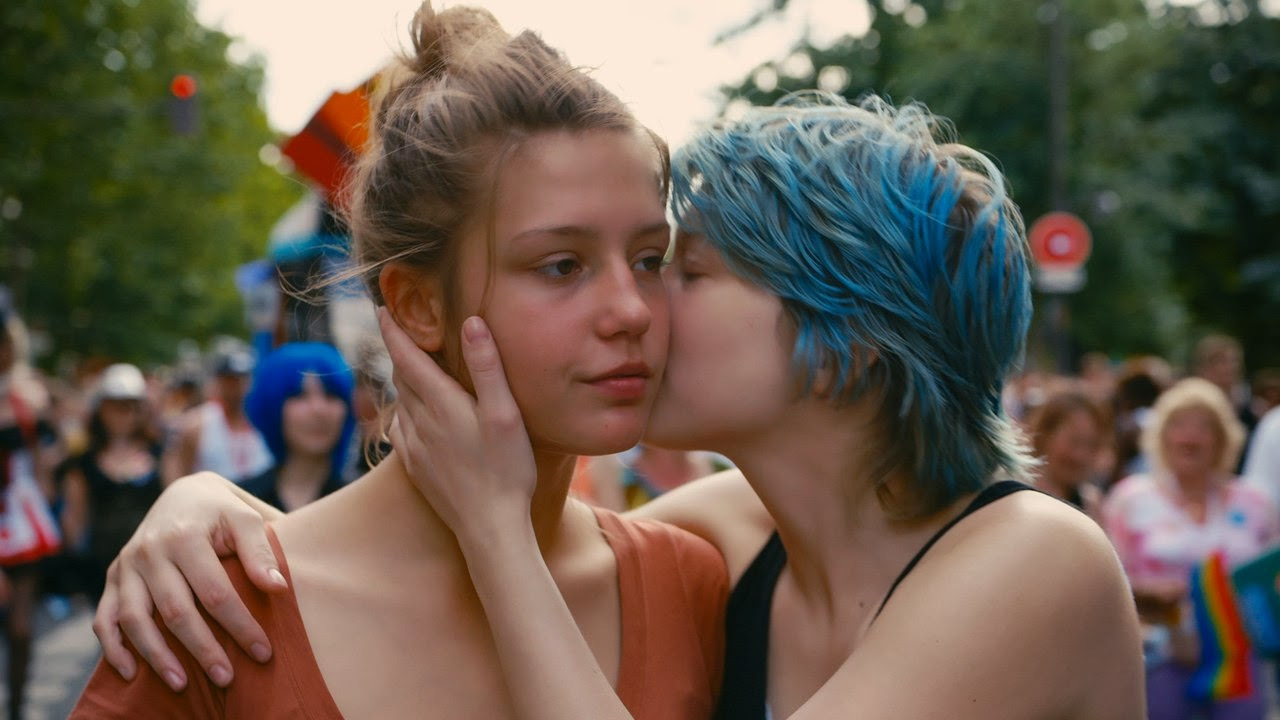 Kechiche is widely known among film professionals for his perfectionism or, in other words, his questionable methods when it comes to working with actors. After the film’s screening in Cannes and at other festivals, actresses Adèle Exarchopoulos (Adèle) and Léa Sydoux (Emma) gained much press as they commented on the difficulties behind the filming process, referring to the week-long shooting of the film’s main sex scene as humiliating.

While talks about the movie’s blunt sexuality and the controversial working methods of Kechiche undoubtedly boosted the publicity of Blue is the Warmest Colour, it was for other reasons that it won the Palme d’Or in 2013. Despite all his faults, Kechiche has an uncanny sense for bringing out his actors’ natural talent.

Newcomer Adèle Exarchopoulos gives an extraordinary performance in the role of the innocent Adèle, appearing at first as a raw and rebellious character who, with time, matures into a sensitive and serene woman before the camera. In contrast to her, Emma appears as a mysterious tomboy whose flaming blue hair fades away just as the passion disappears from their relationship.

It is a general rule in every human relationship that love is sometimes not enough, and Blue is the Warmest Colour represents the melancholy of this fact with a cold contemporary realism that, in the end, makes it a vibrant picture, full of tension.