Soon after the incident, a suicide wave seizes the whole country, with no clear intent. The police attempt to find the underlying cause with the sole evidence of two rolls made from hundreds of connected human skin pieces. At the same time, a girl whose boyfriend has also committed suicide, tries to find a logical explanation.

What we described in the prologue, about the evolution of the J-Horror genre, materializes in this movie, where Sono produces a terrifying effect without the assistance of the supernatural, simply by taking a social remark concerning the decaying modern society to its extremes. “Suicide Club” manages to place terror in the heart of the spectator even within the simplest lines of its narrative, making films like “Ju On” seem like child’s play.

If his fans thought that he’d reached his limits of the perverse with “Suicide Club”, they were in for a big surprise. This may be his most disturbing film, dealing with incest, rape, pedophilia and transsexuality, along with many other taboos any regular filmmaker would never dare to touch.

Ozawa Gozo, a school principal, has modified a cello case, opening a peephole on it and he forces his ten-year-old daughter, Mitsuko, to sit inside and watch him and her mother, Sayuri, have sexual intercourse. In the beginning, his spouse does not realize the purpose of the case, but when she does, she’s unable to stop her husband from having his way with her. On the contrary, after awhile, Gozo begins shifting the two, having Sayuri watch him raping Mitsuko.

Later, the situation deteriorates further, since Mitsuko begins to enjoy having sex with her father and Sayuri gets jealous of her. This results Sayuri growing violent against her daughter when Gozo isn’t home.

The script then flashes to the future, where Sayuri has become a famous author, although she has to sit in a wheelchair. Her books are actually about her childhood; naturally, toward her publishers, she upholds the notion that what she describes is purely fiction. At some point, one of them hires a new assistant for her, Yuji, who forces the story to take a completely new direction.

Sono paints a canvas in blood red with some of the most extreme characters ever witnessed on film, adds elements of the Grand Guignol theatre, writes an extreme and utterly surreal script, and even composes a haunting score to accompany his grotesque images. Additionally, the production design and the cinematography are quite artful.

Holding on to his usual casting practices, he cast the widely unknown 55-year-old Hiroshi Oguchi as Gozo and brought back Miyazaki Masumi from a 20-year hiatus, giving her a triple role. They reward him by delivering in the most prominent way.

“Strange Circus” is a cruel and arduous watch, but beneath it all resides a true cult masterpiece.

Yu is a young Christian growing up with his father, Tetsu, who became a fanatical priest after the early death of his wife. Having to confess every single day, Yu has to invent supposed sins to appease his father, who believes it a sin to not have something to confess. When Tetsu finally discovers the truth, Yu decides to commit as many “serious” sins as he can, while searching for a woman to love that fits the Madonna archetype.

Sono’s biggest accomplishment in “Love Exposure” is that he manages to shoot a movie of this length without being boring or tedious. The film’s other virtues include in-depth analysis of the characters and the hilarious mockery of Hong Kong Kung Fu movies and the “Female Convict Scorpion” franchise, not to mention the concept of under-skirt photography.

“Love Exposure” features the nouvelle vague of Japanese cinema, with Takahiro Nishijima, Hikari Mitsushima and Sakura Ando, all of whom went on to significant careers, and the first two actors netting newcomer awards. Sion Sono managed to get the maximum result from them, in terms of acting. It is the most awarded work of Sion Sono, the film that truly established him as an international cult sensation. 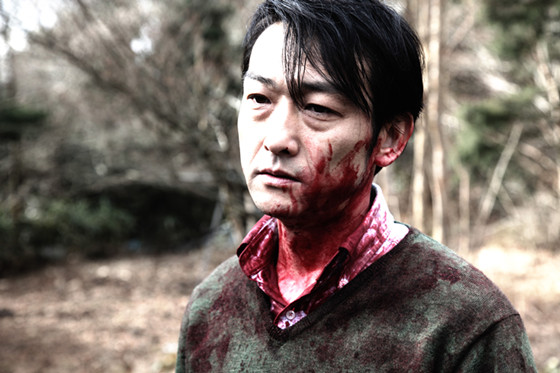 Loosely based on the Saitama serial murders of dog lovers, a case of a married couple who owned a pet shop and murdered at least four people, “Cold Fish” gave Sono the opportunity to present his version of how a serial killer film ought to be like.

Syamoto is a humble and guileless pet shop owner who is taken advantage of by both his spoiled daughter, Mitsuko and his second wife, Taeko. His daughter is an underage delinquent who spends her time flirting and sometimes beating her stepmother.

One night, a grocery shop attendant catches her stealing; however, a peculiarly friendly man, Murata, manages to convince the clerk to not call the police. Furthermore, he is also a pet shop owner and offers to hire Mitsuko in his establishment, which is far larger than Syamoto’s.

Moreover, when Murata, who has become a friend of Syamoto, proposes that the two of them become partners, the poor Syamoto finally believes he has a break in his miserable life. After awhile, he discovers what’s truly hiding behind Murata’s friendly facade and the overwhelming sexuality of his wife.

Borderline violence, extreme gore and sick sex make “Cold Fish” one of the darkest studies on the human psyche, while elements of black comedy and the ironic, social commentary are equally visible throughout the film’s 146 minutes.

Syamoto’s character is quite a conception, since he is the absolute human puppet. Everyone in his life seems to take advantage of him, and his permanent response of inaction reaches new heights once Murata appears in it. Even when he has the chance to flee and take revenge, he decides instead to become a martyr, for the sake of his ungrateful daughter and his unfaithful wife.

Sono, per his words, “wants to depict a sense of total hopelessness”, thus presenting the fact that sometimes people, when faced with extreme situations, simply kowtow instead of reacting violently, as the circumstances dictate. Denden as Murata and Mitsuru Fukikoshi as Syamoto are excellent in the roles of the aggressor and the victim, respectively, while the female leads chiefly impersonate lust itself.

As with all of his masterpieces, Sono conceals the soundness of his direction and a distinctive story under a veil of extreme violence. 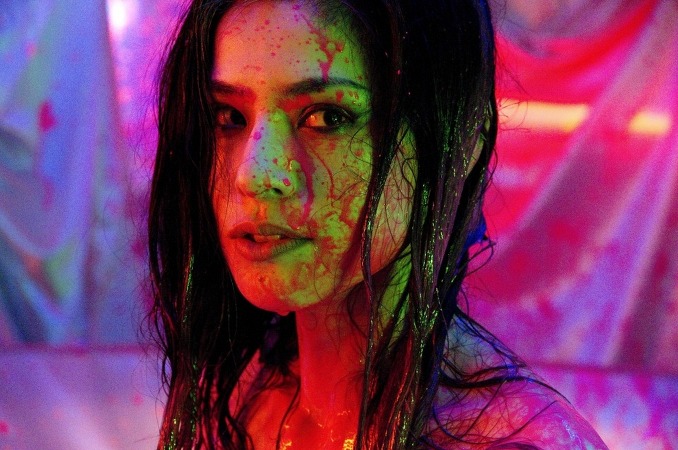 “Guilty of Romance” is another grotesque masterpiece and the movie that established Sono as the foremost representative of the genre, surpassing the previous master, Takashi Miike.

The film unfolds in two axes, though without the usual use of flashbacks. The first one, which is loosely based on the 1997 murder of Yasuko Watanabe, takes place in the present. Detective Yoshida investigates a murder incident in Maruyama-cho, a love district in Tokyo, where a dismembered body has been found in an abandoned building. The missing parts have been replaced with the matching ones from a plastic doll.

Everything changes once Izumi decides to seek employment and in the meantime meets Kaoru and Mitsuko, who eventually get her acquainted with the world of buying sex.

Once more, Sono shows how adequately he can handle the extreme. His characters, although quite different in their conception, are all exquisite as much as they are distinctive. In particular, Hisako Ohkata, who plays Mitsuko’s mother, gives one of the most terrifying smiles ever witnessed, and one of the foremost unconventional family scenes, even for a Sono movie.