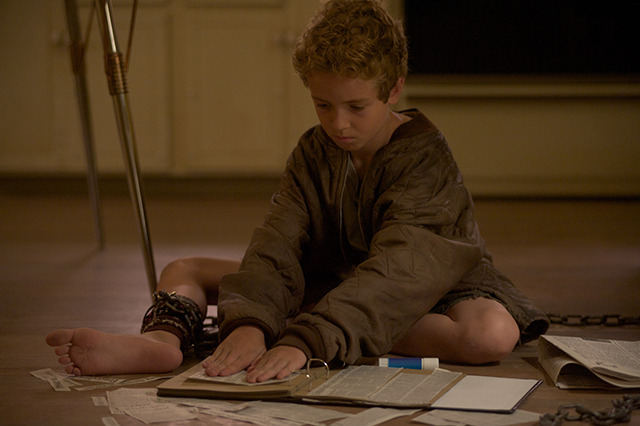 Quite possibly the best serial killer movie since Henry: Portrait of a Serial Killer, and how refreshing that a female hand is behind the scenes to give us this brutal and realistic take on this horror sub genre.

The movie centers on a cab driver with passengers as his prey and he has an accomplice, however this accomplice is in two minds of what path to take, but will trying to get out of this life be as easy as he thinks? Gore, violence, beautifully shot- you know there are reasons that Lynch now regularly directs for The Walking Dead. This is unrelenting horror and very enjoyable.

Hailed as one of the best vampire movies of all time and for its cinematography and stunning visual style it has to be up there and considered strongly.

What is most enchanting about this movie is that it isn’t an American movie, but shot in Iran. The movie sweeps through a quiet town that unbeknown to them is prey to a lonesome vampire.

This vampire waits and watches and only attacks the vile of society and is happy to help out others in need and of course there is a message in here. A Girl Walks Home Alone at Night is a marvel of a movie and heads a very impressive vampire movie list of the last decade.

In 1987 two vampire movies were released that reflected youth and the MTV generation, one was The Lost Boys which took all the glory and the other was Near Dark, which kind of came and went.

Near Dark has become something of a marmite film, with those pointing out plot holes and confusion especially towards the movie’s climax. But love or hate the movie no one who loves their films can seriously complain about the atmosphere, soundtrack and most importantly the cinematography.

Near Dark is all about family, when a young man is taken in by a family of vampires after being seduced by the young woman played by Jenny Wright in all her glory.

Bill Paxton is the stand out as the crazed vampire of the family and Lance Henriksen is excellent as the calming but often mad head. A charming movie full of that typical 80s horror.

To think that The Babadook is Jennifer Kent’s major film debut is astounding. The movie is able to wake up our deepest fears through Kents’ lens.

The Babadook is full of intense scenes- the scene where Essie Davies is half hiding under her bed sheets where she can hear ‘the monster’ scream B A B A D O O K is caught so well on film.

And yet The Babadook just couldn’t resonate with a large audience who didn’t get the movie. It matters little; Kent directed one of the finest horror movies of the decade, a sheer delight that contains pure horror, and outstanding acting.

American Psycho wins this list hands down because unlike the other movies on this list this would be the biggest surprise if you didn’t know that a female was behind it.

Hannon is able to do two unique things with this movie: 1- shows us a grotesque image of the high powered business man, hard to do when women are always seen as very secondary or sex objects in this chosen career. And 2- we see through Hannon’s lens Patrick Bateman, the serial killer and swinger. Hannon gets it in a man’s world and American Psycho is an extremely entertaining movie.

It is a film that stays with you and at the end reveals more questions than perhaps answers (although repeated viewings will benefit you). It is laden with outrageous humor, violence and of course the red stuff. But it is extremely well acted and directed. Hannon now mostly occupies herself in Television.