The Life Aquatic with Steve Zissou is a lot like its title – a little clunky, overtly quirky, and a whole lot of fun. Wes Anderson’s homage to filmmaker and marine biologist Jacques Cousteau is the director’s only critical failure at this point in his career, yet it has remained in the eye of the film community just as much as his most successful and acclaimed works.

A mishmash of genres to the point of not being categorizable, The Life Aquatic sees Bill Murray as the titular Steve Zissou, accompanied by a humongous crew Anderson familiars, embarking on a journey to slay the jaguar shark and avenge the death of his partner. On this adventure, we see Anderson employing his most Andersonian techniques, introducing stop-motion animation, unprecedented levels of quirkiness and whimsy, as well as a slightly more unexpected undercurrent of melancholia.

Some fans of the director regard The Life Aquatic as his best, and some as his worst. Some accuse it as being artificial and pretentious, yet others praise it for being his most emotionally genuine and resonant. While detractors of Anderson probably are not going to have their mind changed by this particular entry in his filmography, it’s one hell of a movie, and should really be seen simply because it exists.

After directing the tightly-edited, breathtaking Pi and Requiem for a Dream, The Fountain was a more deeply felt, personal piece for Darren Aronofsky. Utilizing practical effects to create stunningly gorgeous and surreal landscapes, the director spins a philosophical, complex tale spanning over thousands of years and interweaving three parallel stories reflecting on themes of mortality and love.

The Fountain is certainly not easy to comprehend on a narrative level, yet it is a film that hits the viewer more subconsciously, leaving you with unforgettable moments and images seared into your memory and wanting to return to re-experience this powerful and moving epic. Set to Clint Mansell’s amazing score, Aronofsky’s third film is his most esoteric and difficult to grasp, but it’s revered among many fans as his most ambitious and personal work.

Although considered one of the great modern art filmmakers, Terry Gilliam is no stranger to poor reviews and critical backlash. Brazil, his most enduring and iconic film, was not met with enthusiasm upon its release, and even today he struggles to find his critical niche, with the underwhelming premiere and mediocre reviews that his latest film, The Zero Theorem, was meet with.

Gilliam’s adaptation of Hunter S. Thompson’s Fear and Loathing in Las Vegas saw little to no love or appreciation when it came out. Critics maligned it, calling it pointless, lacking in character development, and some even accusing it of taking a morally dubious stance content-wise. Today however, this wacky, hallucinatory trip of a movie is considered a cult classic, and it gains more of a fanbase with every passing year. Johnny Depp’s hilarious performance and voiceover combined with the creative visuals and colorful production design make for a truly outrageous, unforgettable and one-of-a-kind experience.

Gaspar Noé’s audacious Irreversible is quite possibly the most experimental and bizarre film on this list, and the impact it has on the viewer isn’t quite like anything you will ever have experienced before watching a movie. A story told in reverse, this is a film that truly must be seen to be believed, as the shocking brutality of the central act ranks among the daring and bold sequences ever put on film.

Irreversible disorients the viewer at first, but once it becomes apparent how the story is unfolding, the weight of the out-of-order events really sinks in. It’s impossible to even describe the uniqueness of how this piece is filmed and made, but Noé’s ideas and ambition translate beautifully to the screen, resulting in a powerful and profoundly unorthodox masterpiece. While some accused the film as being gratuitous, it is simply such a brave act of filmmaking that if you can stomach the often horrific content, it is artistically rewarding beyond belief. 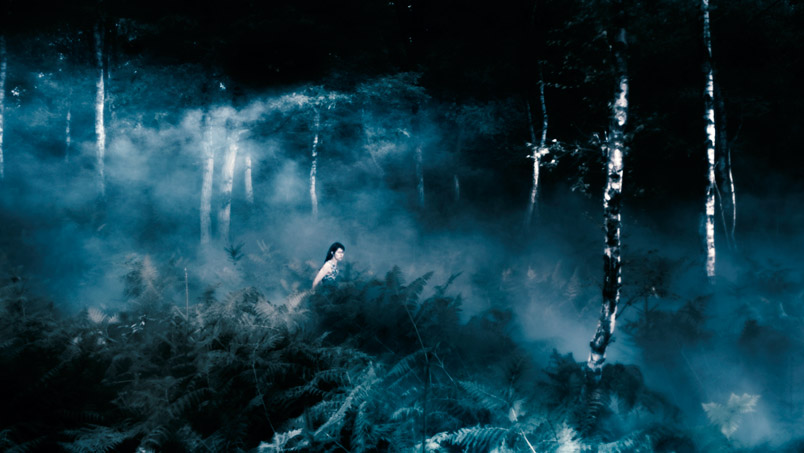 “Controversial” and “polarizing” are two definitive words to use when describing the films and career of Danish master Lars von Trier. Even the director’s biggest fans admit to outright hating some of his films – a film which another fan may claim to be his best work. Each and every von Trier movie has produced split reactions, and possibly none more-so than Antichrist. Von Trier made this artful, brutal horror film directly after recovering from severe depression, and this particular state-of-mind permeates every frame.

Premiering to uproar at Cannes film festival, Antichrist went on to be gain status as one of the most shocking films of its time, and has ever since been subject of analyzation and discussion. Some have accused Antichrist of being misogynistic and downright disgusting, but those who understand its genius have the ability to look past the disturbing elements to admire the gorgeous cinematography, brave performances of Charlotte Gainsbourg and Willem Dafoe, and the bold, depraved depiction of the human psyche at its very darkest.

An uncompromising, boldly directed masterpiece that isn’t concerned with playing clean or appeasing any studios, Antichrist lives up to its title.

Author Bio: Gavin Miller is a teen cinephile who runs the blog cinefreakdude.tumblr.com, ardently collects blu-rays, and is a lover of bizarre cinema and all things David Lynch. He models his lifestyle after The Dude from The Big Lebowski.