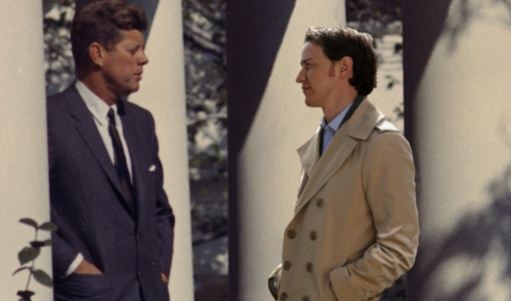 The fifth installment in the X-Men film series is a prequel to the original trilogy that shows the origins of the early characters. The film mainly follows the young adventures of Charles Xavier, played by James McAvoy, and Magneto (Erik Lensherr), played by Michael Fassbender. The two meet in a similar cause to find Sebastian Shaw, a former Nazi and evil mutant.

Xavier wants to protect the world from Shaw and the Hellfire Club while Lensherr is after Shaw because of his atrocities towards him and wants to get revenge. The two work together with many young mutants and the CIA to protect humanity, mutant-kind and America during the 1960s. Other mutants that make appearances are Mystique, Beast and Banshee.

Like Disney’s Captain America, Fox’s Marvel Universe similar blends the superheroes and famous events in history in order to create a relatable universe in which the alternate history takes place. By including history from World War II and the Cold War, the film places mutants at the center of American history and offers clever connections between fiction and reality.

The thrilling climax in Cuba surrounding the missile crisis is a perfect example of how the film takes recognizable images and turns them into exciting fiction. A engaging film that also captures the American spirit during the 1960s, X-Men: First Class is an innovative and daring entry in the superhero genre. 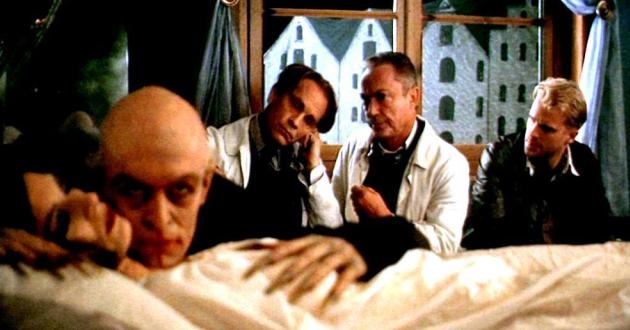 A bizarre film from Merhige, a director of only three films to date, in which important film history is blended with dark and twisted fantasy. John Malkovich stars as the innovative German filmmaker F.W. Murnau who is obsessed with creating a deeply realistic vampire film. He brings his cast and crew out to rural Czechoslovakia in order to create a realistic atmosphere where they become restless from being away from the comfort of Berlin.

When the cast meets the actor Max Schreck, played by Willem Dafoe, things take a turn for the worse. Schreck, reportedly a stage actor, refuses to interact with anyone out of character but his strange and dedicated behavior unsettles everyone. Only when it is too late do people realize that Schreck is actually a vampire who Murnau has made a deal with to film the movie.

The originality of this film is certainly one of its strong suits, creating a wildly inventive tale of horror which is as scary as the original horror classic. The acting throughout is impressive, especially Malkovich as the determined director and Dafoe in arguably his greatest ever role as the creepy monster.

The film’s original and fantastical twist on historical events is both shocking and very intriguing, and the seamless transition from fact to fiction depicted in the movie creates an uncertainty about what is real, adding to the horror of the events. Merhige’s Shadow of the Vampire is not only a scary vampire tale but also a fascinating manipulation of real history. 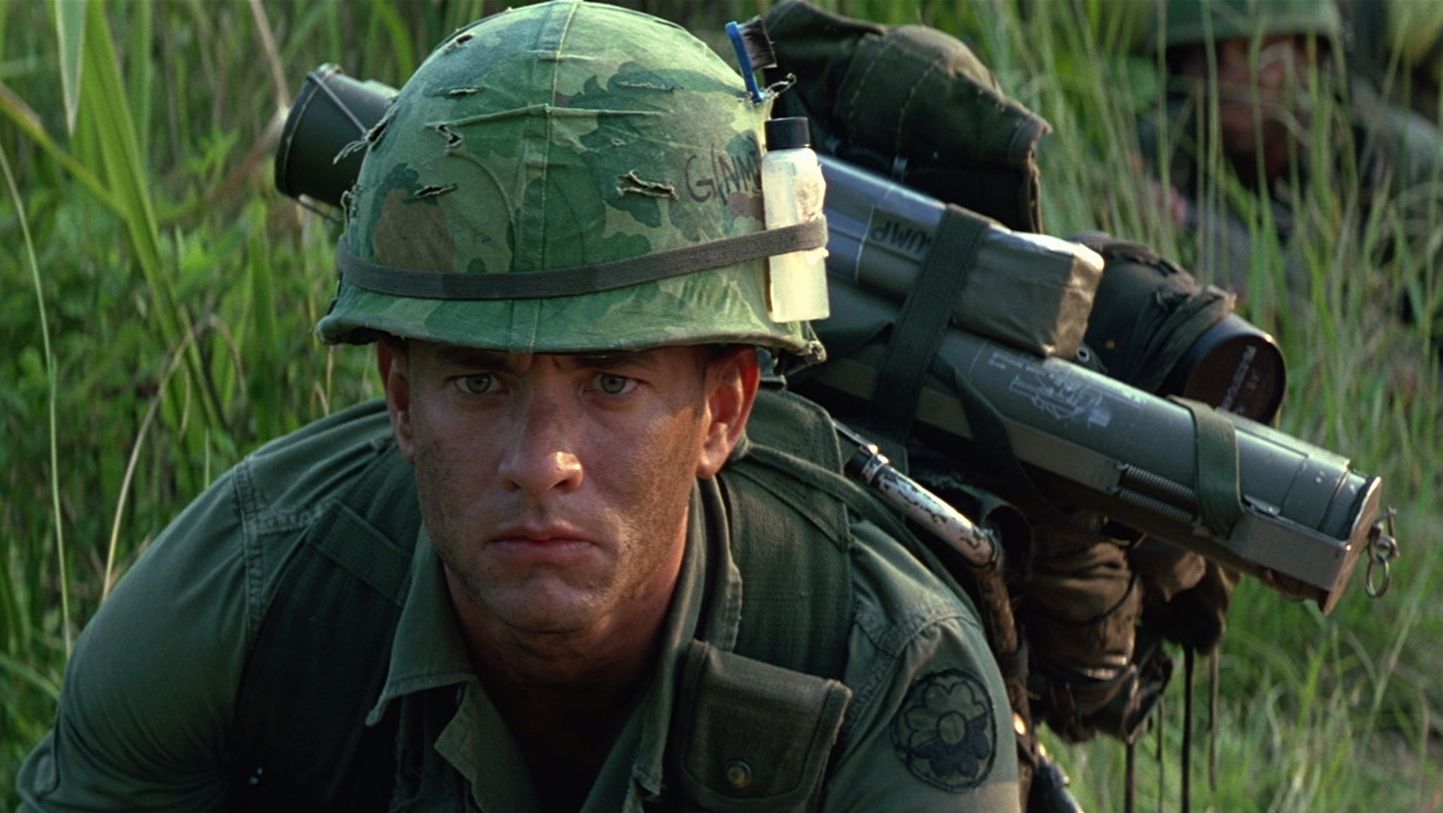 One of the most iconic American films stars Tom Hanks in one of his greatest roles as the titular character, a slow and unassuming citizen whose life through the 20th century intertwines with the large events of the times.

From the beginning, Forrest’s naivety gets him accidentally tied up in national crazes, such as influencing Elvis’s dance moves, acting as both a hero and a protester of the Vietnam war and helping to uncover the corruption at Watergate. This fictional tale that incorporates the vision of 20th century American identity provides a personal and comprehensive portrait of the various mindsets in the country.

By showing the conservative side of the country through the traditional mind of Forrest and the liberal outbreak of the 1960s through Forrest’s love Jenny, played by Robin Wright, the viewer is taken on an unbiased and varied ride through history. The simple mind of Forrest also lets him act as an effective vessel through which to soak in the different moods of the eras.

Also starring Gary Sinise as a wounded war vet and Sally Field as Forrest’s mom, the production of the film is top notch and the film is also notable for its integration of archive footage with current film. One of the most popular and acclaimed films of the 1990s, Forrest Gump is a moving and powerful fictional historical tale that captures the changing of America’s identity. 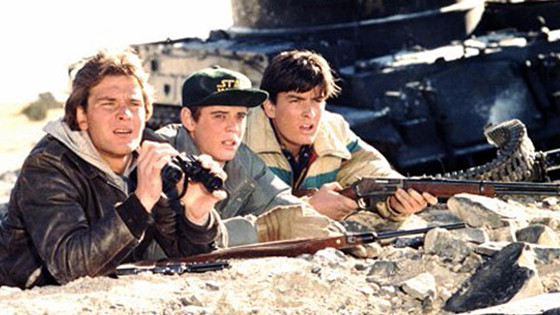 This riveting teen drama is much more than the many Brat Pack films of the time, focusing on heavier themes and international politics rather than the politics of high school. The story begins when Soviet forces land in the football field of a small Colorado town.

When the troops round up the citizens of the town and imprison them in a camp, a small band of high schoolers escape to the surrounding hills with some supplies and weapons. Patrick Swayze stars as Jed Eckert, a high schooler who with his brother, played by Charlie Sheen, and their friends, plan to return to the town and wage guerrilla warfare on the Soviets in order to free their family and friends. Along the way romances and strong bonds of patriotic brotherhood are formed through the collective fight.

Although the plot could be taken as simply unrelated fiction, the strong ties that paralleled the sentiment and fears of America at the time keep the film connected to actual history. Due to the conflicts faced by the protagonists being relatable to the public who feared the outbreak of World War III, Red Dawn presented a terrifying possible reality that intrigued the citizens of the country.

Despite the film success and bold darker tone, some criticized the film as propaganda. While there are certainly pro-American themes present in the movie, Red Dawn is an engaging and thought provoking teen drama that is an invaluable glimpse at the American mindset. 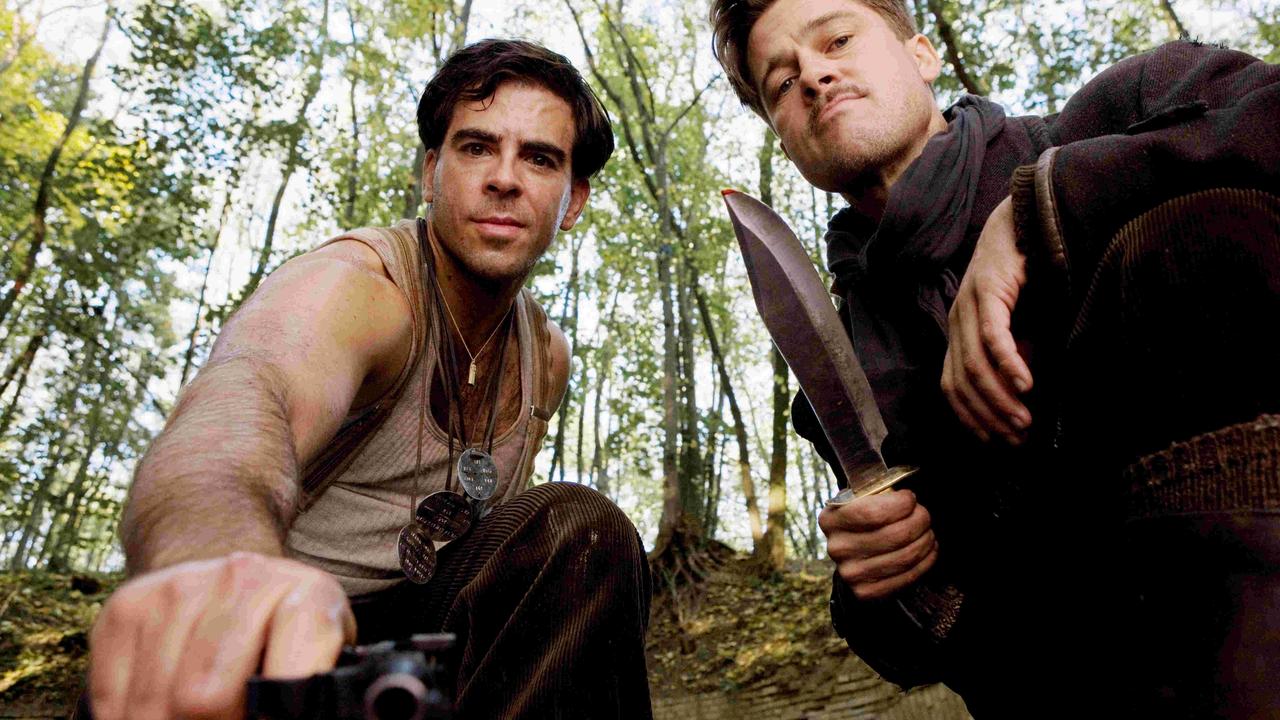 Tarantino’s World War II action epic follows a group of Jewish-American soldiers who are on a rampage through Nazi Germany, with the eventual goal of killing Hitler. Leading the team is Brad Pitt in a great role as Lt. Aldo Raine and his ragtag team of vicious, funny soldiers are played by many famous actors such as Michael Fassbender, B.J. Novak and Eli Roth.

As the soldiers get closer to their goal, another assassination plot is in planning by the owner of a cinema (Melanie Laurent) who is hosting the premiere of a propaganda film that Hitler will be attending. Both factions, however are being hunted by the deplorable and malicious Colonel Hans Landa, played by Christoph Waltz in an Academy Award winning role.

Despite this group of soldiers being fictitious, for the majority of the film it seems like a typical war film, with some occasional eccentricities but by the end of the film this is no longer the case. Unlike the real assassination attempts on Hitler’s life, the two parties in this film succeed with their quest and the fuhrer is brutally killed. By changing the course of history so drastically, Tarantino is not only keeping the audience on its toes, but also developing a heroic and vengeful fantasy.

This bold departure from both history and the typical war film is a refreshing new look at the genre, challenging the boundaries of filmmaker’s restrictions of history and Hollywood filmmaking. A funny and violent departure from reality, Inglourious Basterds is a hugely entertaining entry in Tarantino’s iconic filmography.