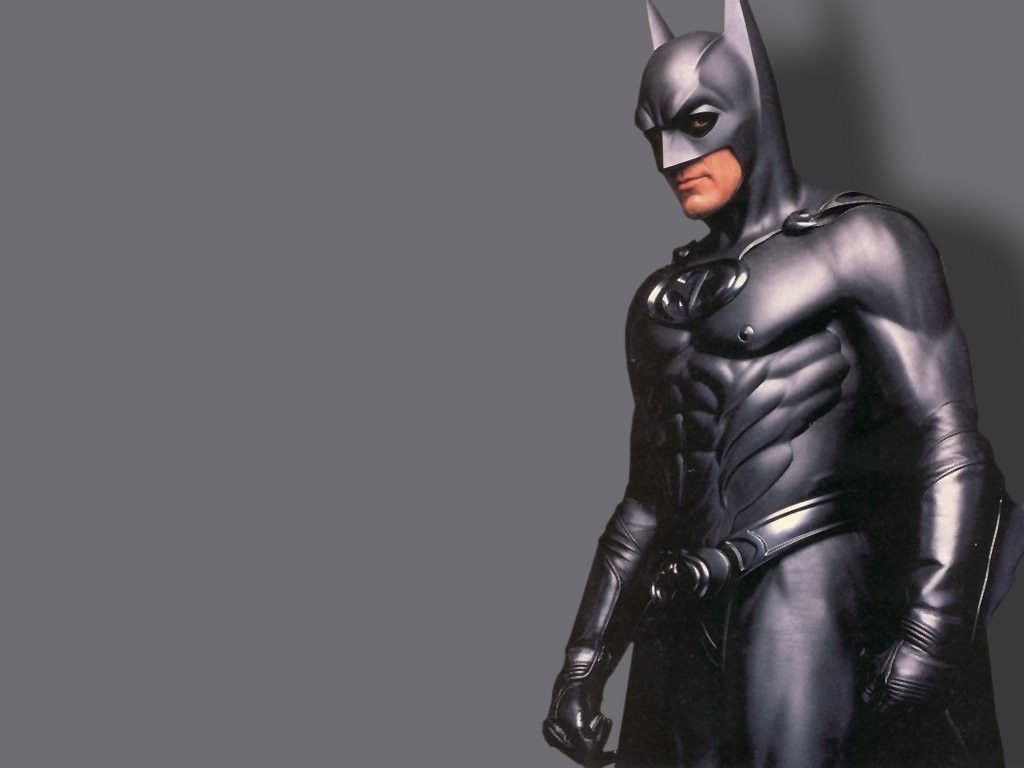 I understand the defense of this film; I get that the campy nature of it was a throwback to the past, but it sucked. Do we really need to see Batman and Robin fighting over Poison Ivy? Why did Schumacher turn Bane into a mindless machine? Plastic Lips?! Ugh. Robin.

Now, I didn’t think George Clooney was a terrible Batman or Bruce Wayne, and I kind of wished he was Batman in Batman Forever. His Batsuit in Batman and Robin was cooler looking and thankfully less shiny compared to Kilmer’s first suit in Forever, but that pesky Joel Schumacher is at it again with his damn bat-nipples. I’d really be interested to see if anyone defends the bat-nipples in the comments section, If you are reading this and love the bat-nips, please tell me why.

Overall, Clooney’s suit looked a little more modern, smooth, and yes; I’m going to give it credit for it’s gadgets; Batman has gadgets! This is one of my few gripes with the Nolan Batman Trilogy; not enough gadgets! Although, it was pretty convenient to have some bat skates when Mr. Freeze iced the museum floor. 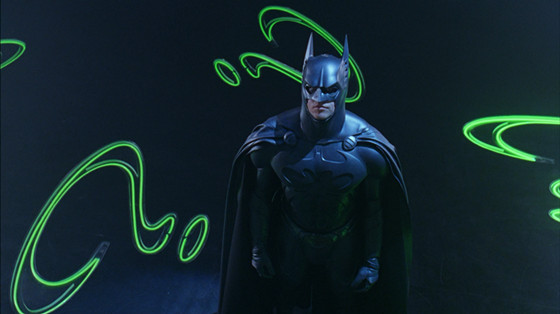 Thank you, Joel! Thank you for not subjecting us to a FULL film of Bat-Nipples! Near the end of Batman Forever, Bruce would unveil a pretty awesome looking prototype suit with a large bat logo across the entire chest, all one silver-y color, and it was equipped with bat-sonar!

Bruce uses the upgraded suit to defeat The Riddler in the film’s finale, and it was pretty cool. Including the bat-sonar was particularly great, it gave us a kind of classic Batman for a minute, and made the child version of myself want one. 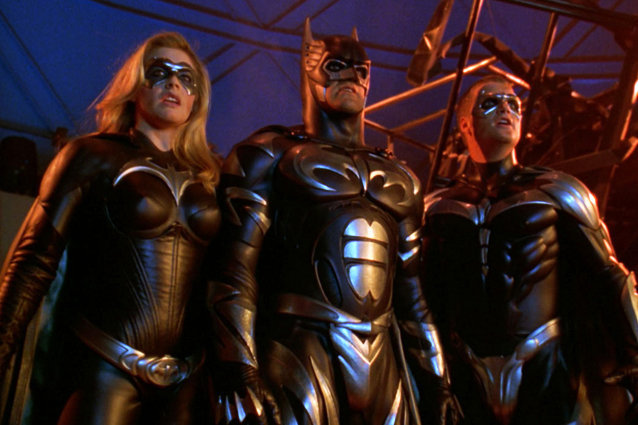 Thankfully, he did and during the finale Clooney donned a brand spankin’ new suit that sort of combined all four of Joel Schumacher’s suits into one, black and silver highlighted armor to battle Mr. Freeze in a frozen Gotham City. The updated suit really came out of nowhere, and inexplicably Robin and Batgirl have suit upgrades too; I don’t really know, but it looked awesome!