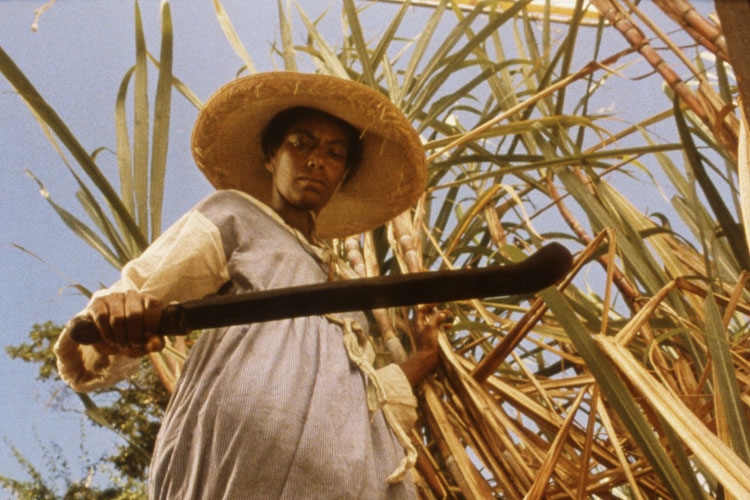 One of Gerima’s finest films, Sankofa dramatizes the topic of slavery as the protagonist finds herself in a position as a slave. He uses a lot of flashbacks to tell various stories that makes one think of their own past, thereby resulting in reflection and nostalgia. Its indictment of slavery from a Pan-Africanist point of view was a successful transition in the mainstream film world as well. 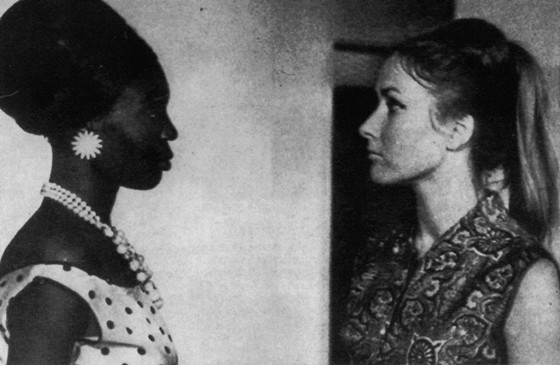 The Senegalese filmmaker’s first premier film known in English as “Black Girl”, is an intense study between France and post-colonial West Africa. In terms of aesthetics, French new wave cinema is an apparent influence.

The story is of a young African woman moving to France to work for a French couple. The relations between the French and the Senegalese is pointedly suggested to be that of a slave and a master. As you will discover the protagonist is a symbol of the effects colonialism had on the African continent. She held an identity and confidence back in her homeland which was effaced the moment she arrives in her employers’ domain. Pressured and feeling mentally exhausted, she is driven to desperation in an unforgettable climax. 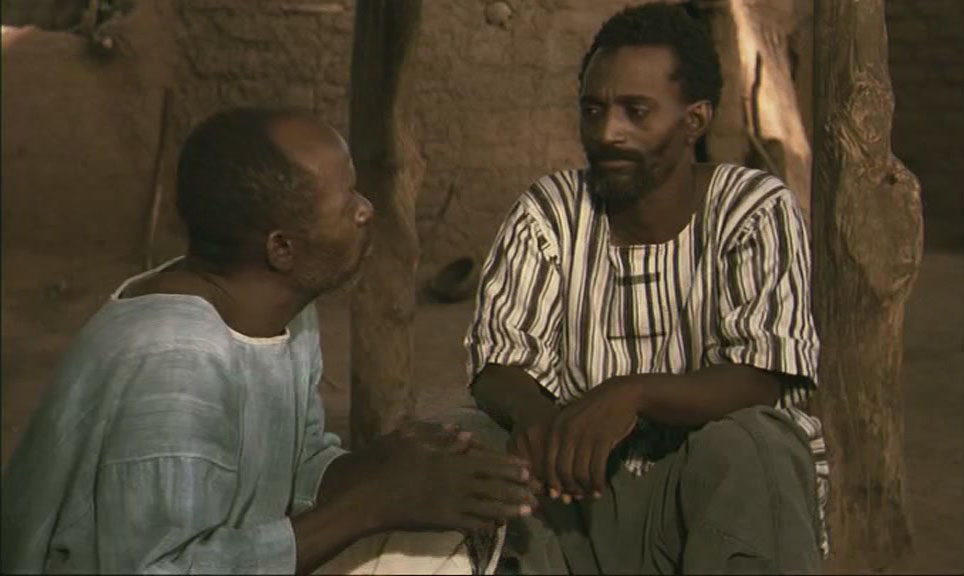 Set in Burkina faso, Yaaba is a memorable film with a morale message of tolerance attached to it. A moving story of the relationship between youth and age in a village that has its source in a narrative from the oral tradition. Bila, a young boy, and Nopoko, a young girl, decide to befriend an elderly woman who is thought of as a sorceress by the rest of the village.

Bila becomes especially close to the woman, Sana, whom the children call Yaaba, grandmother. The rest of the village blames her for anything that goes wrong, but she is more accepted when she is instrumental in saving Nopoko’s life. While this film is popular with audiences around the world because of its beauty and simplicity, some critics are concerned about its lack of a complex consideration of the serious issues that confront villagers. 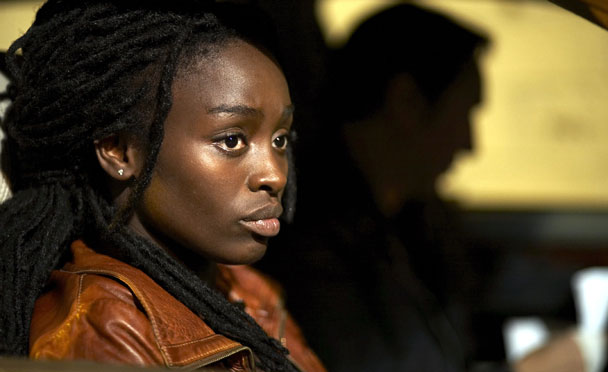 Bamako is a film, more than most, of ideas. The grand idea: that debt is crushing Africa as the result of World Bank policies that serve the interests of the wealthy powers and continue the exploitation of the continent. In the case of Mali, these would include gold, and then cotton (elsewhere it is rice, coffee, cacao, along with diamonds, tin, lumber),as well as the failure of the state, neoliberalism, low life expectancy, poor education and health etc.. In a scene, we witness the youth of Bamako watching a mock version of a cheap Hollywood Western, a dead cinema of cheap imitations capturing their imagination.

Death is illustrated in each plotline of Bamako, with the haunting song of an expiring love echoing throughout the narrative; lethargic figures listen half-heartedly outside the courtyard to the rhetoric of the high ideals of Justice being reiterated by the prosecution as the World Bank is denounced. This isn’t how Sissako usually presents Africa as he has in the past made clear that is stunning, to be admired despite the shadow of unequal wealth distribution between Europe and Africa. 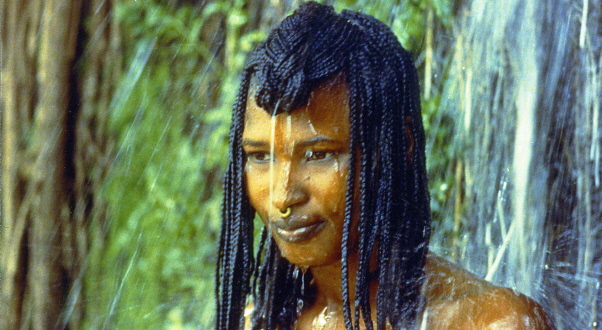 Inspired by African folk stories, this magical gem by the Malian director is simply about good vs evil and the power of compassion. The showcase of human empathy hails from a boy whose father is the antagonist which makes the film an interesting study in family dynamics. Yeelen is one of the most celebrated of African films. The director, Souleymane Oumar Cisse re-creates a past and depicts a sacred ritual to bring to life an epic of the Bambara oral tradition. Even though this film does an excellent job of recalling the past, it also has implications for the present and future of Mali.

The son who sacrifices himself to destroy his father’s tyrannical power reflects the filmmaker’s hope for an end to the dictatorship that controlled Mali at the time of the making of the film. This film was also one of the first modern African films to explore the mythic past of the continent. Economic considerations and the shooting situation forced the director to create supernatural events very simply making a virtue out of necessity and establishing a magical realism that now appears in many African films. 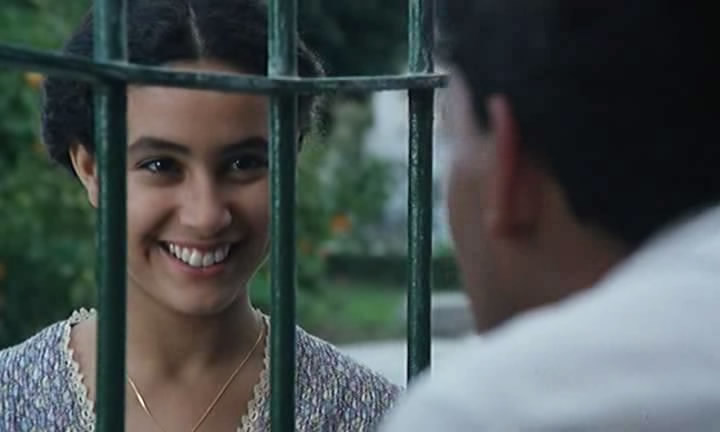 Tlatli takes a closer look at a subject that has been largely overlooked by the filmmaking community; the lives of women who work in a shut world. She effortlessly sweeps back and forth between the present and the past as she details the story of Alia who grew up in the palace of the beys, Tunisia’s royal family of rulers, during the period of the end of French control in the fifties.

The culturally and politically ingrained effect of Moufida Tlatli’s film Silence of the Palaces is set in Tunis at the eve of independence. The young heroine, the illegitimate daughter of a maid, finds an outlet from her restricted personal situation in singing songs. It’s a great, and solemn study on oppressive nature of a patriarchal society that women submit to.

In Moolaade, Sembene attempts to referee the struggles surrounding female circumcision. Celebrates an age-old mechanism that possibly predates the advent of genital modification surgeries to which women can recourse as a defense against the coercive reaches of culture. The heroic maneuver that lies at the heart of the film culminates in the invocation of this sacred stricture by pausing the ritual with a strand of yarn.

This simple act offers a refuge, sanctuary, haven, or safe harbor to the four girls determined to disengage from the horrible act. At once depicting culture as a surrogate for oppression and culture as a spontaneous zone of empowerment and resistance, the film extols knowledge as power. It’s the African director’s final film and what an exit it is.